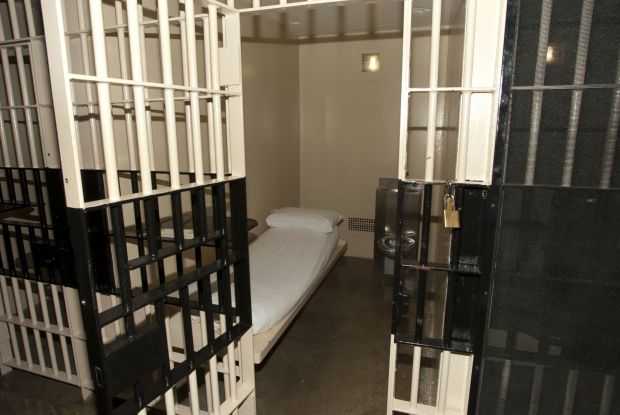 A jail cell is seen in 2010 at the federal penitentiary in Huntsville, Texas. (CNS photo/Jenevieve Robbins, Texas Dept of Criminal Justice handout via Reuters)

Archbishop Thomas G. Wenski of Miami, chairman of the U.S. bishops’ Committee on Domestic Justice and Human Development, and Father Larry Snyder, president of Catholic Charities USA, said in a March 27 letter to senators that tough minimum sentences “are costly, ineffective and can be detrimental to the good of persons, families and communities.”

They called the bill a “modest first step in reforming our nation’s broken sentencing policies.”

The bill would cut minimum existing sentences by half and allow judges to use discretion when imposing jail terms against lower-level offenders. The legislation also would permit crack cocaine offenders to seek lighter sentences if they were jailed under the Fair Sentencing Act of 2010.

The bill’s supporters tout it as a necessary first step to reduce overcrowding in prisons and begin whittling down the massive cost of incarceration.

Despite supporting the bill, Archbishop Wenski and Father Snyder questioned three new categories of mandatory sentencing minimums that were added to the original bill, saying they would not ease prison overcrowding or reduce costs.

The Steering Committee of the National Task Force to End Sexual and Domestic Violence and Julie Stewart , president of Families Against Mandatory Minimums, support the bill but also opposed the new measures, saying they do nothing to protect victims.

“We continue to urge that one-size-fits-all sentencing policies, such as mandatory minimums, are inadequate in addressing the complexities of crime and community safety,” the letter said.

Noting that annual incarceration costs for state and federal governments total about $80 billion annually, the clergymen wrote that it is time for the government to support programs aimed at crime prevention, rehabilitation, education and substance abuse treatment and as well as probation, parole and reintegration into society.

“Our Catholic tradition supports the community’s right to establish and enforce laws that protect people and advance the common good. But our faith teaches us that both victims and offenders have a God-given dignity that calls for justice and restoration, not vengeance,” the letter said.