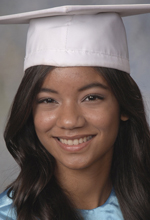 Three Catholic high school seniors are among the 1,000 selected this year as Gates Millennium Scholars, giving them a full scholarship through graduation at any college or university of their choice through undergraduate and graduate school. 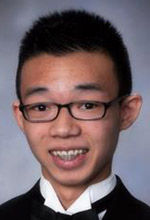 The archdiocesan Office of Catholic Education and Faith in the Future Foundation made the announcement April 30.

In addition to the scholarships, the students will receive personal and professional development through leadership programs along with academic support throughout their college careers. This year more than 52,000 applications from across the country were received by the foundation begun by Microsoft founder Bill Gates and wife Melinda.

“We are so proud of Ana, Alex and Imani for earning Gates Millennium Scholarships,” said Dr. Carol Cary, superintendent of secondary schools of the Archdiocese of Philadelphia. 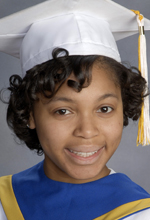 “Being awarded this highly competitive scholarship is a testament to the students’ hard work, dedication and the support of their families and teachers. We have some of the best and brightest students in the region in our schools and we are always thrilled to see them recognized on a national level.”

Ana has a 4.0 GPA and is a Neumann Scholar. She attended St. Mary Interparochial School prior to attending Hallahan High School. She is a member of the National Honor Society, Spanish National Honor Society and Mu Alpha Theta, Mathematics Honor Society. At Hallahan she serves as both captain of the indoor track team and president of the Model United Nations Club. She will attend Princeton University in the fall.

Alex is an honors student with a 4.0 GPA and member of the National Honor Society who attended Holy Redeemer Chinese Catholic Elementary School before entering Roman Catholic High School. He is also a Josephine C. Connelly Achievement Award winner. At Roman, Alex is a student ambassador and serves on the Student Council Executive Board, Asian Culture Club and the school newspaper. He also volunteers with the Cambodian Association of Greater Philadelphia. In college he plans to major in engineering and will attend Drexel University or New York University in the fall.