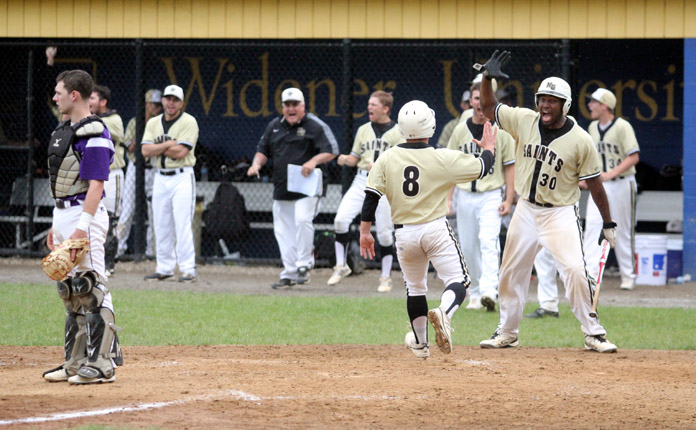 In the Catholic League baseball playoffs, Neumann-Goretti topped Roman Catholic 11-1 in a five-inning game May 21 at Widener University.  This is the second straight year that the league baseball title will be determined by a double-elimination tournament, and since they seized the winners’ bracket, Roman will get another chance to win the title after its loss on Wednesday.  The two teams will face one another again at La Salle College High School on Friday, May 23 at 3:45 p.m.