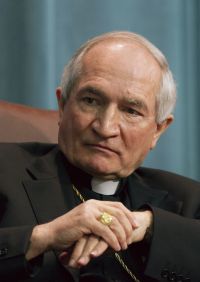 VATICAN CITY (CNS) — Appearing before a U.N. committee monitoring adherence to an international treaty designed to fight torture, Vatican officials repeatedly were asked about efforts to investigate allegations of clerical sexual abuse, punish offenders and cooperate with civil authorities in prosecuting the perpetrators.

Archbishop Silvano Tomasi, the Holy See representative to U.N. agencies in Geneva, led the Vatican delegation at the May 5-6 hearing of the Committee Against Torture, which monitors the implementation of the Convention Against Torture and Other Cruel, Inhuman or Degrading Treatment.

The cases of clerical sexual abuse of children are a reality which the Catholic Church wishes never happened, he said, but, “human nature being what it is, they did happen.”

What is most important now, he said, is that “there has been in several documentable areas a stabilization and even a decline in cases” of abuse of minors. “Measures undertaken in the last 10 years on the part both of the Holy See and local churches are bringing about a positive result.”

In his opening remarks to the committee, Archbishop Tomasi told members that the Holy See, which signed the treaty, has no direct legal and juridical jurisdiction outside Vatican City State. While it hopes to exercise moral influence over all Catholics, “persons who live in a particular country are under the jurisdiction of the legitimate authorities of that country and are thus subject to the domestic law and the consequences contained therein.”

Several of the questions committee members posed to Archbishop Tomasi and the Vatican delegation focused on the extent of the Holy See’s jurisdiction; the committee wanted to know, for instance, if all employees of the Roman Curia and all Vatican diplomatic personnel serving abroad are considered subject to Vatican City State’s laws against torture and inhuman and degrading treatment.

Felice Gaer, vice chair of the U.N. committee, said she was concerned that while the Holy See voluntarily signed the treaty, it now claims it applies “only to the four corners of Vatican City State.” She also asked about specific provisions of the Holy See’s treaties with Italy and Austria, which some people have claimed make it difficult for local police to investigate, document and prosecute claims of sexual abuse involving clergy.

“Sexual violence can constitute torture or ill treatment,” she said, and failing to report the crime and-or failing to cooperate in police investigations of it can be read as “acquiescence,” which is a violation of the treaty.

In a May 2 statement, Jesuit Father Federico Lombardi, Vatican spokesman, said the Vatican recognized that the U.N. treaty monitoring committees were able to interpret the texts of the treaties and to include issues they believed should be treated in line with the principles inspiring the treaty. However, he also expressed hope that “ideological pressure” would not be exerted to manipulate the Vatican’s appearance before the Committee Against Torture, turning it into a hearing about the clerical sex abuse scandal.

Several committee members asked the Vatican delegation for statistics on how many allegations have been reported to the Congregation for the Doctrine of the Faith, how many have been deemed credible, how many perpetrators have been dismissed from the priesthood and how many church officials voluntarily have reported abuse allegations to local police.

Gaer and George Tugushi, a committee member, also asked the Vatican delegation about the Catholic Church’s opposition to abortion, including when the child is conceived during a rape.

“This committee has found repeatedly that laws that criminalize the termination of pregnancy in all circumstances can violate the terms of the convention,” Gaer said.

In separate remarks to the U.N. committee May 2, Ashley McGuire, a member of the board of advisers of Catholic Voices USA, questioned what she called “hostility to Christianity” in the comments of some of nongovernmental organizations regarding the church’s response to clerical abuse.

McGuire explained that the Catholic Church has become a “global model for the safeguarding of children” and continues to help children and vulnerable people through various ministries including education, health care and other services. Connecting the clergy sexual abuse with state-sponsored torture “will have painted a bull’s-eye on the back of every Catholic aid worker and every Catholic church in every area of the globe now torn by sectarian strife,” she said.

The text of McGuire’s statement was posted on the organization’s website.

Catholic Voices USA explains on its website that its mission was “to put the church’s case in the public square” by offering “an authoritative — but not official — group of articulate speakers who make the Catholic case in interviews and debates.”

NEXT: 15,000 rally in Ireland, pledge to work for repeal of abortion law