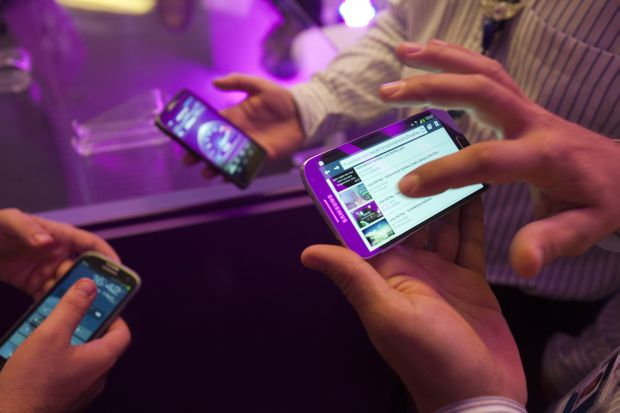 BROOKLYN, N.Y. (CNS) — The Catholic Church must establish a presence in the digital world of communications or risk being at the margins of people’s lives, said the president of the Pontifical Council for Social Communications.

“If the church is not present and does not share the good news of God’s love for all people in this world, then we risk becoming marginal to the lives of many and are failing our mission to bring the Gospel to the ends of the earth,” Archbishop Claudio Maria Celli told more than 250 people at the Brooklyn Diocese’s annual celebration of World Communications Day.

The May 22 event was organized by the DeSales Media Group, the parent company of The Tablet, the diocesan newspaper.

Many dioceses mark World Communications Day June 1. This year’s theme is “Communication at the service of an authentic culture of encounter.”

Archbishop Celli was honored for being instrumental in starting Pope Benedict XVI’s Twitter account (@Pontifex), now handled by Pope Francis. He also oversaw the creation of the Pope App, which allows followers to receive updates regarding important papal events.

Archbishop Celli said that so much has changed in the field of technology in the last decade, and he encouraged church leaders and media organizations to reflect on these changes and to develop appropriate forms of engagement with the target audience.

In what Pope Benedict has called the “digital revolution,” Archbishop Celli said that it’s easy to focus solely on the technological developments themselves, such as smartphones and all modern forms of social media.

“The truth is that the most significant change is not technological but cultural,” he said. “The real challenge is to appreciate how much is changing in the ways people, especially young people, are gathering information, are being educated, are expressing themselves and are forming relationships and communities.”

He echoed Pope Benedict’s words from 2012 in that “new technologies are not only changing the way we communicate but communication itself.”

Moreover, he said he is reluctant to use the term “new media,” since these forms of technology have become the norm around the globe, especially in developing countries.

“To talk of new media is to date oneself and to risk failing to appreciate the ordinariness in the lives of so many,” the archbishop said.

The church’s goal, Archbishop Celli said, is to embrace this new culture of modern communication, which has become ingrained in the daily lives of people everywhere, especially young people.

While words and text are still important, he said, multimedia content — including images, video, music and gestures — can be much more effective in conveying the message of a particular medium.

Photos and videos especially garner the most attention on social media websites, and the church must use these platforms to its advantage, he added.

The church also must recognize that some of its vocabulary might be problematic for its contemporaries, he said, urging those in media to rediscover simple words and metaphors with the goal of capturing the attention of a broader audience.

New forms of technology can be effective for the church in spreading its mission, Archbishop Celli said, but the church’s presence in the digital age can only work if “we are authentic witness to our faith.”

The religious media must concentrate their efforts on how to become an evangelizing presence in this new technological world.

Bombarding an audience with information should not be the goal, he said, rather media must prompt audiences to take an active role in the content and have an opportunity to explore an issue further. That desire for more content keeps them coming back for more, Archbishop Celli said.

The digital world must be “an environment rich in humanity — a network not of wires but of people,” he said.

Mancari is on the staff of The Tablet, newspaper of the Brooklyn Diocese.

PREVIOUS: Mass on Capitol Hill sends bishops off to lobby on immigration