WASHINGTON (CNS) — Pope Francis has appointed three priests of the Archdiocese of New York to be auxiliary bishops of the archdiocese.

They are Msgr. John Jenik, 70, pastor of Our Lady of Refuge Parish in the Bronx and vicar for Northwest Bronx; Father John O’Hara, 68, vicar for planning; and Father Peter Byrne, 62, pastor of St. Elizabeth Church in New York City.

The appointments were announced June 14 in Washington by Archbishop Carlo Maria Vigano, apostolic nuncio to the United States.

The three men will be ordained as bishops Aug. 4 at St. Patrick’s Cathedral.

The new bishops will join current Auxiliary Bishops Gerald T. Walsh and Dominick J. Lagonegro in assisting Cardinal Dolan “in caring for the pastoral, educational, and charitable needs of our vast archdiocese. … I know that you join me in praying that they be true, faithful, and dedicated successors to the apostles.”

Cardinal Edward M. Egan is the retired archbishop of New York, and Bishops Robert A. Brucato and Josu Iriondo are retired auxiliaries. 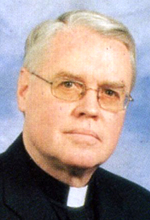 Bishop-designate Jenik was born in Manhattan March 7, 1944. He was ordained a priest by New York Cardinal Terence Cooke in 1970. The cardinal sent him to the Catholic University of Ponce, Puerto Rico, to learn Spanish language and culture. He has served at three Bronx parishes, including St. Thomas Aquinas Parish in the Bronx (1974) and began a near 40-year effort to provide housing for the poor and to fight crime, corruption, drugs and prostitution. 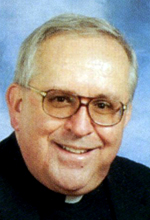 A native of Jersey City, New Jersey, Bishop-designate O’Hara was born Feb. 7, 1946. After working in the field of journalism, he entered St. Joseph’s Seminary in 1980, and was ordained to the priesthood Dec. 1, 1984, by Cardinal John O’Connor. He has served at Saint Augustine’s Parish, New City, Saint Charles Parish, Staten Island, and Saint Teresa Parish, also on Staten Island.

In 2012, he was appointed to assist with the pastoral planning process, “Making All Things New,” which he has led since 2013. 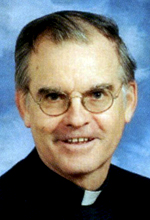 Bishop-designate Peter Byrne was born July 24, 1951, in Manhattan. He also was ordained a priest by Cardinal O’Connor on Dec. 1, 1984, and has served at Holy Family Parish in the Bronx; St. Thomas Aquinas Parish, also in the Bronx; Immaculate Conception Parish and St. John the Baptist Parish, Staten Island, and, since 2013, at St. Elizabeth Parish in Manhattan. He is also fluent in Spanish

In an interview with Catholic New York, the archdiocesan newspaper, Cardinal Dolan said the three priests of the archdiocese just chosen as bishops by Pope Francis are good examples of the type of priests the pope is seeking for the role of bishops, with pastoral service a key attribute.

“He has a great solicitude for the ethnic diversity of a given diocese, and two of the three auxiliaries are renowned for their long work in the Latino community,” Cardinal Dolan added.

Contributing to this was John Woods, editor in chief of Catholic New York, newspaper of the New York Archdiocese in New York.

PREVIOUS: Any kind of abuse a ‘moral offense and crime,’ says Archbishop Carlson

NEXT: Court rules against temporary bar on HHS mandate for Catholic groups