Gabby Dever squares up on COVID with drive, gratitude

In this hoops season, every game is a playoff game

There’s one thing the pope wants you do to: Win! 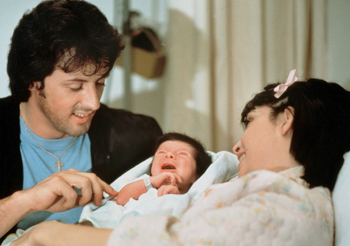 VATICAN CITY (CNS) — Pope Francis urged athletes to live life the same way they play sports: Don’t hog the ball, don’t fall back on defense, and make sure to keep it fun.

He also called on policymakers and communities to guarantee all kids have access to sports, education and jobs early on in life, “and I guarantee that there will be no addictions to drugs, alcohol and many other vices.”

The pope made his comments during a gathering in St. Peter’s Square June 7 with tens of thousands of children, young adults, coaches and athletes to celebrate the 70th anniversary of the Italian Sports Center, the Catholic Action’s sports association in Italy.

The square had been turned into a “sports village” with makeshift basketball and volleyball courts, mini-soccer fields, and gymnastic equipment.

“Only if it stays a game does it do the body and spirit good,” he said.

He urged athletes to approach life the same way they approach sports by “putting yourself in the game on a quest for the good, in the church and in society, without fear, with courage and enthusiasm.”

“Put yourself in the game with others and with God; don’t settle for a mediocre ‘tie,’ give it your all, spending your life on the thing that really matters and lasts forever.

“Don’t be satisfied with these lukewarm lives, lives (marked by) ‘unexceptional draws,’ no, no! Keep going, always seeking victory,” he said.

The pope underlined “the beauty of teamwork,” which “is very important in life.”

He warned against “individualism” and just playing or living for oneself.

The pope, an avid soccer fan, said nobody likes to see a player who “hogs the ball.”

“Don’t hog the ball, play as a team,” shunning selfishness and seclusion, and aiming for solidarity and reciprocal respect, he said.

The pope encouraged parishes and church groups to use sports as a vehicle to evangelize and teach Gospel values.

“But these sports associations must be run well, in a way that is in sync with the Christian community; if it isn’t in sync, it’s better it not be around,” he warned.

He said inclusion and a welcoming attitude had to be priorities so that “everyone may play, not just the talented ones, but everybody, with their merits and limits — better yet, give priority to those at a disadvantage like Jesus did.”

The pope thanked the organization for nominating him as the team captain of its athletes.

“As your captain, I’m going to push you to not fall back on defense, but to play offense, and to play our match — the Gospel, together.”

PREVIOUS: Phillies might want to restock pitching staff with Saints

NEXT: In Rio, a light and sound display welcomes World Cup