In Rio, a light and sound display welcomes World Cup 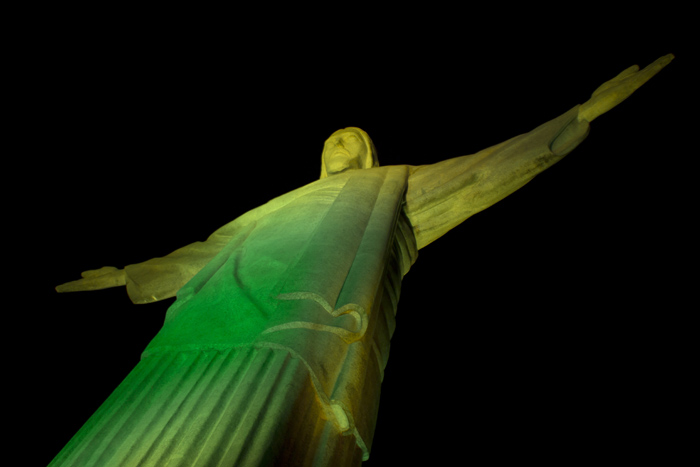 SAO PAULO (CNS) — Hours before the kickoff of the 2014 FIFA World Cup, the statue of Christ the Redeemer, one of the main symbols of Brazil, was to welcome the 32 teams competing in the global soccer event with a special light and sound program.

From one of the highest mountains overlooking Rio de Janeiro, the statue was to be “dressed up” with the colors of the flags of the 32 national teams while playing part of each country’s national anthem. The program is promoted by Archdiocese of Rio de Janeiro and city officials.

The welcoming ceremony was to include a small prayer by Father Omar Raposo, rector of the Christ the Redeemer Sanctuary.

“Sports always give us a chance to witness the beauty of the brotherhood that exists among the different nations,” said Father Raposo. 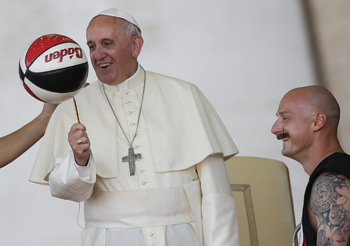 He said everyone should heed the words of Pope Francis.

“He said that to belong to a sports team means to reject all forms of selfishness and isolation — it is an opportunity to meet and be with others, to help each other, to compete in mutual esteem and grow in brotherhood.”

The archdiocese also said that the Christ the Redeemer statue would be illuminated with Brazil’s flag colors, green and yellow, every time the Brazilian team plays. Brazil will kick off the games June 12 in Sao Paulo, against Croatia.

The World Cup will be in 12 host cities and run through July 13, when the finals will be in Rio de Janeiro.

PREVIOUS: There’s one thing the pope wants you do to: Win!

NEXT: He’s bringing his swing to Boston