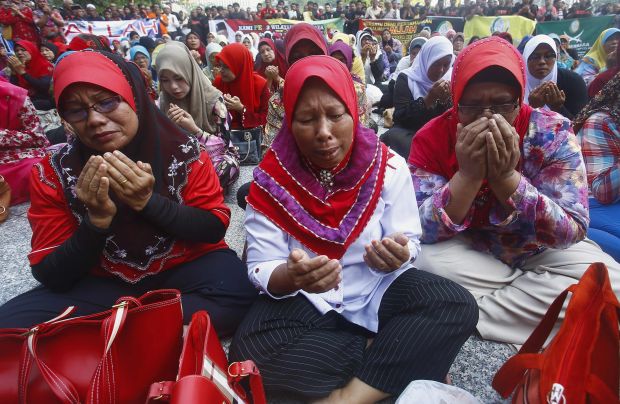 KUALA LUMPUR, Malaysia (CNS) — Malaysia’s highest court upheld a lower-court ruling that a Catholic newspaper may not use the word “Allah” to refer to God in its Malay-language edition.

The lower court had said use of “the word Allah is not an integral part of the faith in Christianity. … The usage of the word will cause confusion in the community.”

Jesuit Father Lawrence Andrew, editor of the Herald, a Kuala Lumpur-based Catholic weekly, has said Allah is the word for God in Malay. He told Vatican Radio June 23, after the high-court ruling, that although many people believe this ends his case, “there is a provision to have it be reviewed, and that is what we are going to explore once we get the written judgment of the judges.”

He also told Vatican Radio that the Christian community has been suffering since independence in the 1960s.

“We have been enduring the pain of this situation of … being marginalized in some ways for a long time,” Father Andrew said. “We have lost all our schools; it’s difficult to build churches; and now it’s difficult to import books … or any materials which contain the word Allah.”

Some Muslims claim Christians using “Allah” could be used to convert Muslims to Christianity. The majority of Malaysia’s 29 million people are Muslim.

NEXT: Sudanese woman rearrested with family at airport