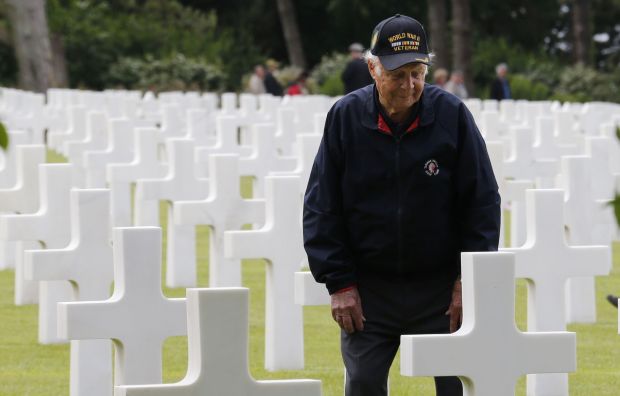 VATICAN CITY (CNS) — People must continue to recognize the sacrifice of the Allied soldiers who liberated Europe from “Nazi barbarism,” but also should not forget the German soldiers “dragged into this drama,” Pope Francis said.

The pope believes “present generations should express their full recognition to all those who made such a heavy sacrifice,” said Cardinal Pietro Parolin, Vatican secretary of state, in a message commemorating the June 6, 1944, invasion of Normandy.

The cardinal’s D-Day message was sent to Cardinal Andre Vingt-Trois of Paris and Bishop Jean Claude Boulanger of Bayeux-Lisieux, who were marking the 70th anniversary of D-Day and the liberation of France. The bishops blessed a commemorative bell, naming it after St. Edith Stein, a co-patron of Europe, who was killed in a Nazi death camp.

Cardinal Parolin said Pope Francis hoped the commemoration would “remind us that excluding God from the lives of people and society cannot but bring death and suffering.”

“May European nations find in the Gospel of Christ, the prince of peace, the roots of their history and the source of inspiration for forging bonds that are always fraternal and marked by solidarity,” the pope prayed.