Humanity at the heart of immigration crisis, say faith leaders 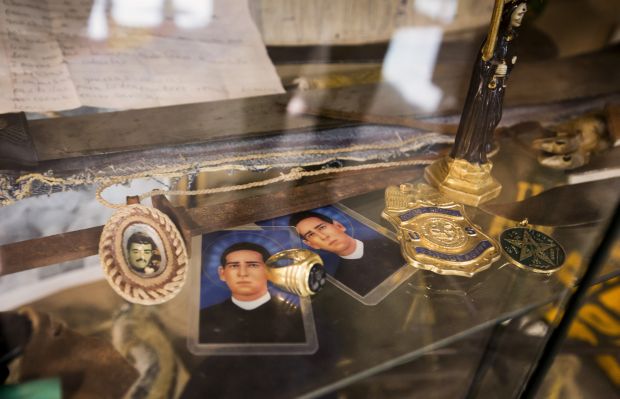 WASHINGTON (CNS) — While hundreds of children and families continued crossing the U.S.-Mexico border daily, a group of diverse religious leaders remained focused on the plight that immigrants are forced to face after they arrive in the country illegally.

Faith leaders, activists and individuals representing migrant communities from around the world implored U.S. government officials to stop separating families through programs such as “secure communities” and “287(g)” during a July 22 news conference in Washington.

“Secure communities” and “287(g)” are collaborative initiatives launched by U.S. Immigration and Customs Enforcement that allow local and state police officers to help identify and arrest individuals who are currently living in the U.S. illegally. (The name “287(g)” comes from the “delegation of immigration authority” section in the Immigration and Nationality Act.)

Although originally intended to apprehend immigrants engaged in criminal behavior, critics of these programs say they give police officers the authority to use small traffic violations as the means to deport hundreds of immigrants living within the country.

Religious and community leaders say they are distraught by the programs’ consequences, including the Rev. Carmelo Santos, a Lutheran minister, who described how they have instilled fear in the hearts of many immigrants and separated thousands of children from their parents.

“If the police show up unannounced, search your house saying they are looking for someone you have never heard of and then arrest your father or your teenage son because he does not have an ID, would you trust the police again?” Rev. Santos said.

“In the last three years, over a quarter of a million families of U.S. born children have been broken because of the deportation of at least one parent,” he continued. “Families are the backbone of our society. To break families apart is to break up our society. We come together today to ask that the state respect the sanctity of the family and stop deportations inspired by these programs.”

Representing Catholic communities in the Washington suburbs of Langley Park and Silver Spring, Maryland, Franciscan Father Erik Lopez argued that current immigration policies do not “favor immigrants or the police or local communities in general” and urged President Barack Obama and his administration to bring empathy and compassion to solutions to a problem that “undermines the public safety of all.”

The Rev. Rosario Hernandez, also a Lutheran minister, took issue with those who contend that immigrants who enter the country illegally threaten the safety of U.S. citizens, disagreed.

“This is not a problem of national security,” Rev. Hernandez said. “These children are not terrorists — they are not crossing the border holding M16 rifles or any form of weaponry that would pose a threat to any American,” she said. “The only thing they are carrying are empty stomachs and above all, the infinite desire to find the mother that left them when they were only 6 months old.

“President Obama and his administration needs to understand that he is fueling this humanitarian crisis when he continues to separate parents from their children,” she added.

After many faith leaders introduced children from their communities who had been separated from their parents after local police imprisoned and facilitated their deportation, the Rev. Cortly C.D. Witherspoon of the Southern Christian Leadership Conference said there is a fundamental reason he and so many others are dedicated to helping immigrant communities within the U.S.

“The word of God declares, ‘Whatsoever you do for the least of them, you do unto me,'” Rev. Witherspoon said. “We are indeed all brothers and sisters. No matter where you were born or where you choose to live, we remain connected now and always. We are essentially in this fight together.”

NEXT: Agency’s plan to house migrants from border called ‘right thing’ to do