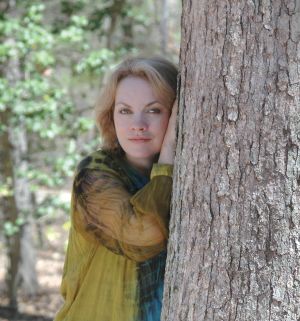 WASHINGTON (CNS) — Grace Griffith, a vocalist who has had Parkinson’s disease since 1996, announced in 2003 that she was making her swan song from the stage.

But life goes on, however bumpy the ride for the Catholic singer.

Since 2003, she has released three other albums, including her latest, “Passing Through.” Now diagnosed with “Parkinson’s Plus” — Parkinson’s disease and dementia — the 58-year-old Griffith would go to a friend’s recording studio on Saturdays to complete the vocal tracks, even if it resulted in only two usable lines for one song during the session.

“It’s kind of a miracle that it was even able to happen,” said Marcy Marxer, a friend and fellow musician who produced Griffith’s earlier albums. “It sounds beautiful. She’s proud of it.”

Over her career, Griffith has received multiple Wammies from the Washington Area Music Association for her folk and Celtic music and has performed on the global stage.

But her condition has deteriorated. She’s moved into an assisted living center and her speech is not always intelligible, according to Marxer. “But she sings out strong.”

A new speech therapy regimen designed for those with Parkinson’s has shown fine results, but Griffith’s health coverage pays for only 30 therapy sessions during a calendar year, “and those were used up by the end of February,” Marxer told Catholic News Service from her Maryland home, which is across the street from Griffith’s assisted living center. “Anyone in the Medicare system will experience the same thing.”

To help pay for Griffith’s physical, occupational and speech therapy sessions, a benefit concert will take place July 20 in the Washington suburb of Alexandria, Virginia. Combined with a tribute to Griffith and a CD release party, it will feature 20 of the area’s finest musicians, including Tom Paxton. Griffith will sing, but others will step to the microphone and take over when she needs to rest.

Contributions to help defray the cost of Griffith’s care also can be made by sending a check made out to Grace Griffith and mailed to her c/o Community Music, P.O. Box 461, Kensington, MD 20895. Marxer said efforts are underway to allow for online giving to help pay Griffith’s bills. The singer has a Facebook page that includes information on the concert.

In a 2010 interview with CNS, Griffith described how she admired the way Pope John Paul II dealt with his Parkinson’s. “The first thing I felt was pity and sympathy” and “the second, honestly, was admiration,” she said. “It’s not as easy thing to deal with and I wouldn’t wish it on anyone.

“In a way, I was grateful that he was in a position — a public position, very public — and he chose to continue that as long as he could,” the singer added. “A lot of times when you have Parkinson’s, it’s easy to drop out. Him having the spiritual strength and resources and people to help him around helps, but he also had to be a fairly courageous person to soldier on as he did.”

Griffith checked in at a hospital recently, reluctantly taking the advice of nurse that doing so would allow her medications to be adjusted so as to improve her health. “After a month I’ve seen improvement every few days,” Marxer said. “She’s doing better now than she has in years.”

The concert hall can seat 500. Already, 20 are reserved for other residents of the assisted living center. Marxer described the upcoming concert as “a love fest. She deserves it, and she’s given a lot to the Washington community. This is a chance for the community to give back.”

One beneficiary of her help was Eva Cassidy, another Washington-area chanteuse who died of cancer in 1996. Griffith sent some Cassidy tapes to her label, Blix Street Records. The label loved the music, but Cassidy died before Blix Street could release any of the recordings. Still, seven CDs have charted in England, and Cassidy posthumously garnered No. 1 on both the U.K. and U.S. charts with 1998’s “Songbird.”

Blix Street is a small label with a small artist roster. Griffith “didn’t know that if she sent Eva’s stuff, that her own stuff would sit on the shelf for a few years — but I did,” Marxer said.

Marxer said Griffith “had a look of sophistication much like Eva Cassidy” when the two first met some 30 years ago as they were recording background vocals at a late-night recording session.

“I pulled a piece of chocolate out of my pack. It was 2 o’clock in the morning and I was dragging,” Marxer recalled. “And Grace said, ‘That’s mine!’ and I said, ‘No, it’s not,’ and she wrestled me down to the ground and took it, and we’ve been friends ever since.”

NEXT: Full effects of Hobby Lobby ruling yet to be seen