Pope offers prayers for victims of earthquake in China 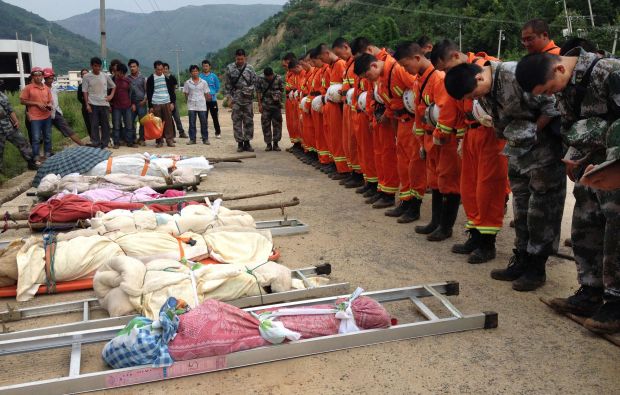 VATICAN CITY (CNS) — As Chinese authorities raised the official death toll from an Aug. 3 earthquake in the southern Yunnan province, Pope Francis offered public prayers for the victims and their families.

“I express my closeness to the people of China’s Yunnan province, struck Sunday by an earthquake that caused numerous victims and enormous damage,” the pope said Aug. 6 at the end of his weekly general audience.

“I pray for the deceased and for their families, for the injured and for the many who have lost their homes,” he said. “May the Lord give them comfort, hope and solidarity amid trial.”

The Chinese government Aug. 6 raised the official death toll to 589 after search and rescue teams were able to reach more villages, although mudslides triggered by rain continued to make it difficult to access all the affected areas. The government said more than 2,400 people were injured and more than 20,000 homes were destroyed.

Jinde Charities, a Catholic aid group, immediately sent a relief team to the area. The agency, based in Shijiazhuang, China, was working with its local partners to get supplies to the area.

PREVIOUS: Pope urges young people to use their freedom to share love, faith

NEXT: Spanish priest known for working with gangs jailed again in El Salvador