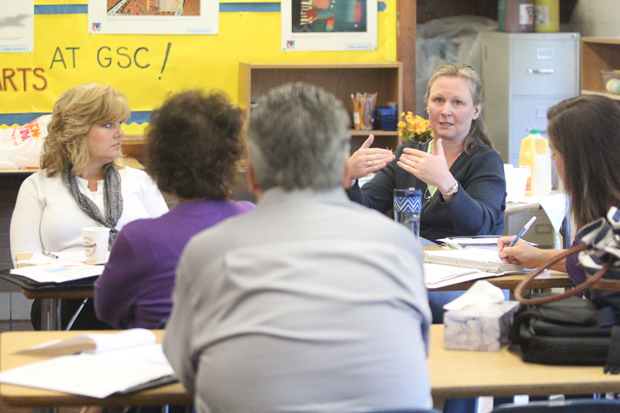 Colleen Amuso from Our Mother of Consolation School in Chestnut Hill discusses with other grade school advancement directors how she use donated services. (Photos by Sarah Webb) 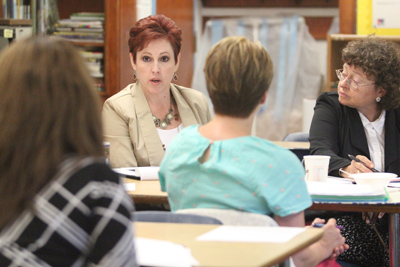 Whether they are called development directors or advancement directors, they are becoming an absolute essential at virtually every level of Catholic education.

It started years ago at the college level, then filtered down to the high schools and now it is the turn of the elementary schools with an increasing awareness of the necessity to professionalize the recruitment, retention and fundraising efforts that are so important if the schools are to survive.

On Sept. 17, 11 advancement directors representing Catholic elementary schools in parishes, regional schools and academies met at Good Shepherd Catholic School in Ardsley to share their insights from their own experience.

They are all members of a group of about 25 advancement directors who have joined together under the acronym ACE (Advancing Catholic Education).

For her the biggest part of the job is recruitment and retention, followed by fundraising, to keep the schools affordable. 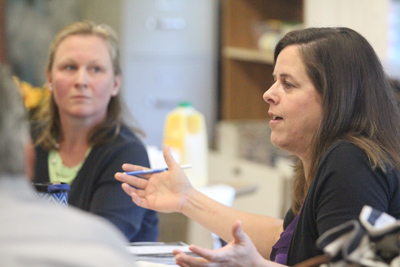 Methods can be subtle. There is a program in the school to follow families from the point of infant baptism, including notes written by school children for a child’s birthday; also there is an open playground period during winter and early spring where parents can bring their toddlers and preschoolers in for joint play dates which have proven very popular with parents, especially during months when weather precludes outdoor activities.

Fundraising is done, among other ways, through two Pennsylvania tax credit programs – EITC, the Educational Improvement Tax Credit and OSTC, the Opportunity Scholarship Tax Credit — as well as a parish Sponsor a Student Program.

“People can give at any level,” Williamson said.

As for the ACE group, “our people are invested In Catholic education and want to get together,” she said. “We meet about four times a year, and I get so energized from the meetings.”

Gress finds the work in her field cyclical, with a good part of the year devoted to the recruitment and retention of the students but then periods when she concentrates on fundraising.

“It is all relationship based,” she said. “People are desirous of supporting Catholic education. You can’t do this alone; you have to have community involvement.”

Although there is a core group who support Catholic education, because of their own past experience Gress finds there are also families who are looking for a moral center for their children’s education. They may be non-practicing Catholics or even non-Catholics, but they want “strong academics, faith foundation and a loving, caring, environment,” Gress said. “Most children who start in Catholic schools do continue. That is our goal.”

At the most recent meeting of ACE, one facet that Gress stressed was looking at the PREP religious education programs for children not in Catholic schools in parishes who send children to the schools. 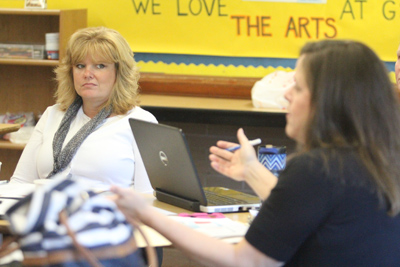 “We want to make sure that families in PREP programs that are desirous of Catholic education know about us. Some families struggle. We want to open the door for them to have a conversation, to know what their desires are.”

Colleen Amuso, who is advancement director at Our Mother of Consolation School in Chestnut Hill, Philadelphia, is in a situation where recruitment is not as important as fundraising. Her school is located in the most affluent area of the city, but it draws most of its students from less affluent neighborhoods.

The school has a very ambitious fundraising program that encompasses alumni relationships, community relationships and of course the OSTC and EITC programs.

Our Mother of Consolation, with about 200 students, is just about at its capacity and intends to stay that way. For Amuso, the valuable sharing of best practices happens through her ACE meetings and emails in between.

“We are all big believers in not reinventing the wheel,” she said. “If there is something someone can share we will use it for our purposes.” 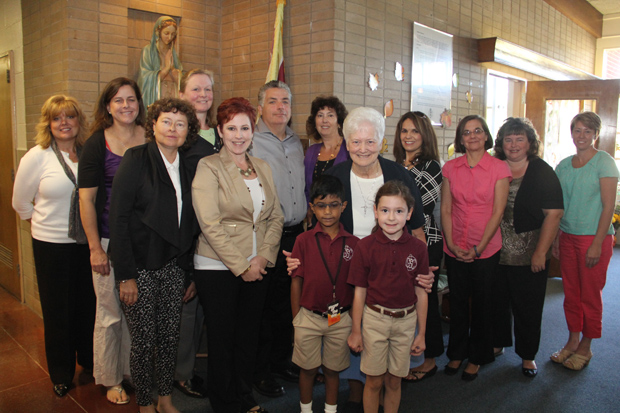 PREVIOUS: A new take on an old story: The Catholic Church in Philadelphia

NEXT: When a Catholic school shuts down, a community suffers