When a Catholic school shuts down, a community suffers 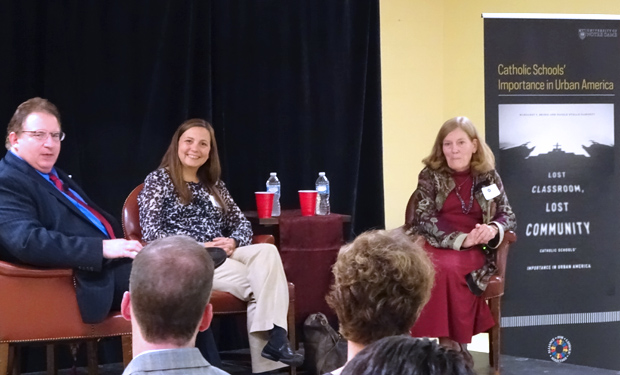 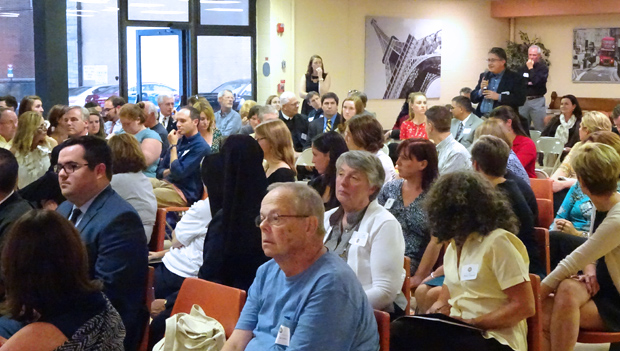 It’s a given that whenever a parish school closes it affects the parish community and the school community. What effect, if any, does it have on the community at large that may not have any direct dealings with the school or parish?

Garnett and Brinig visited Philadelphia on Sept. 18 for a well-attended discussion of their findings at the University of Pennsylvania’s Newman Hall. Moderator for the program was John DiIulio, the Frederic Fox Leadership Professor at Penn and former Director of Faith Based and Community Initiatives at the White House.

In-depth research by Brinig and Garnett show there is a marked statistical increase in crime in the surrounding community after the closing of a parochial school that cannot be attributed to a downward spiral in the community before the closure.

The research project started a few years ago when Garnett attended a White House summit on inner-city children and faith-based schools, and three different community activists at the meeting testified that when a school closes it affects the entire neighborhood, not just the children in the school.

After returning to Notre Dame she consulted with Brinig, her friend and colleague, and the two decided to investigate to see if the assertion would hold up under study. They expected they would write a paper after their research to see if the claim had any basis.

“We were going to go where it took us and probably write an article,” Garnett said. “It turned out to be five articles and a book.”

They started their research in Chicago because it is a very large diocese and had closed a number of schools. Working with Sister Mary Paul McCaughey, O.P., the archdiocesan superintendent of schools, they first looked for the reason the schools closed. It wasn’t just financial, their investigation suggested, although virtually all Catholic schools have financial challenges.

It very often had to do with how invested the pastor was in his school. Rarely did schools close when the pastor had been in the parish a long time. It was usually after a new man came in, but there is no way to know if the new pastor or administrator was not as personally invested in the school or if he came with a mandate to shut the school.

Also, particularly after they expended their studies to Philadelphia, they noticed parishes that had experienced clergy abuse were much more apt to close the school.

But as to why there was an increase in crime after a school closed, Garnett and Brinig believe it is very similar to the “broken window theory” for a spike in crime in an area.

“The broken window theory suggests crime increase with disorder in the neighborhood,” Garnett explained. “Broken windows, graffiti, prostitution send a signal that the community does not have cohesion; it sends a signal to bad guys that this is a neighborhood where it is OK to have crime.”

The school, she said, “is generating social capital that allows a neighborhood to function much better than without it. When that asset disappears crime is inevitable. Social capital reduces crime.”

By comparing area crime statistics before and after schools closed in Chicago, a strong case could be made that the school closings did affect crime rates in their neighborhood. But would it hold for other cities?

To test this, they expanded their study to Philadelphia and Los Angeles. In Los Angeles the crime increase was not as apparent, possibly because the city’s population is more spread out, but Philadelphia mirrored Chicago and the researchers believe this would be the same in New York, Boston or any other eastern city.

In Philadelphia there was the added bonus that crime statistics are kept not just for a neighborhood, but each crime is logged by exact street address and it was possible through software to pinpoint the exact proximity to the closed school.

DiIulio, Garnett and Brinig were in agreement that parish schools contribute to strong parishes and the church’s efforts should be focused on voucher programs that have proved quite successful in some areas and are not as impossible as some think.

“It’s really a bad move to close Catholic schools from a social justice point of view, even if we are educating students who are not Catholic or do not look like us,” Brinig said.

“We all know Catholic schools are important to America,” DiIulio said. “The implications go beyond education policy to the wider realms of domestic policy and really the intersection between education and community development policy.”

NEXT: Open houses coming this fall