This year 208 religious sisters, four religious brothers and 31 religious priests celebrated the anniversary of 25 years or more in their congregations at the annual religious jubilarian Mass Sunday, Sept. 7 at the Cathedral Basilica of SS. Peter and Paul. Archbishop Charles Chaput was the main celebrant for the Mass.

The 243 jubilarians represented a combined 14,100 years of consecrated life. Included in this year’s honorees were more than 45 religious men and women who have served 70 years or more.

The Archdiocese of Philadelphia’s Office for Consecrated Life sponsored the Mass and a reception that followed. (Photos by Sarah Webb) 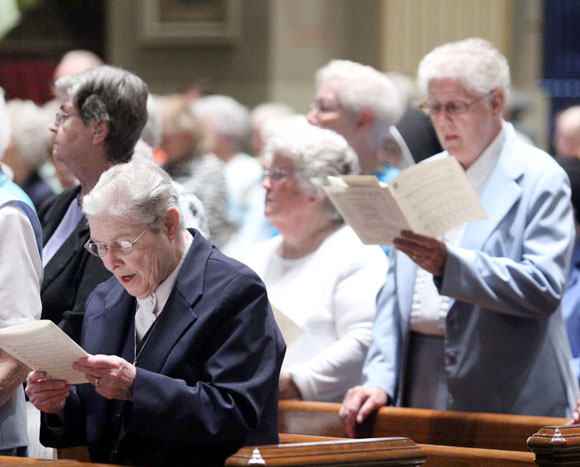 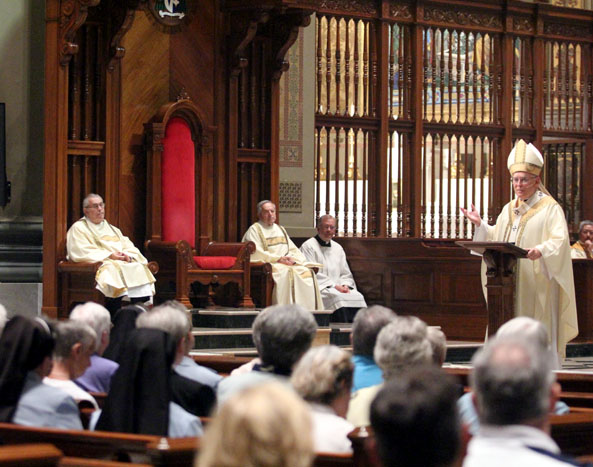 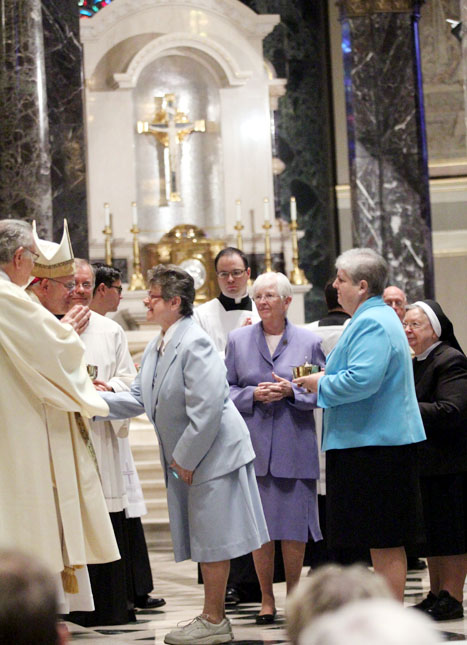 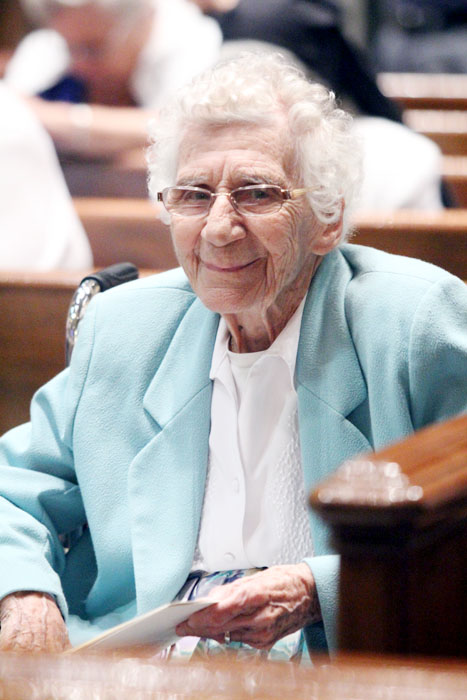 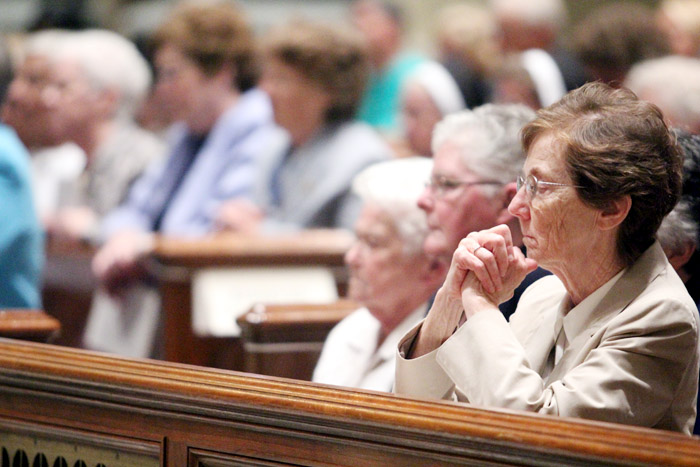 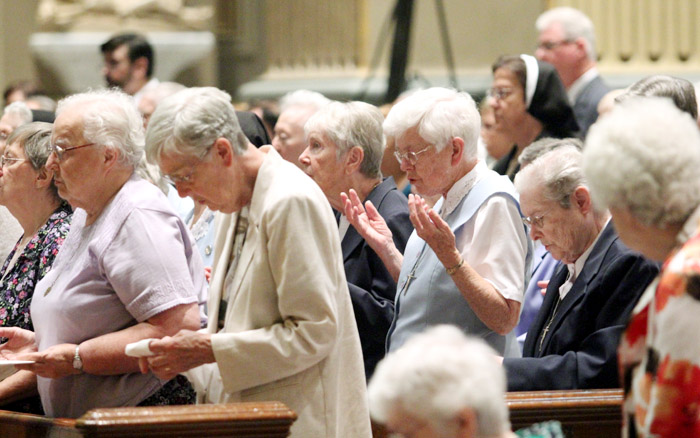 Religious sisters pray together during mass. 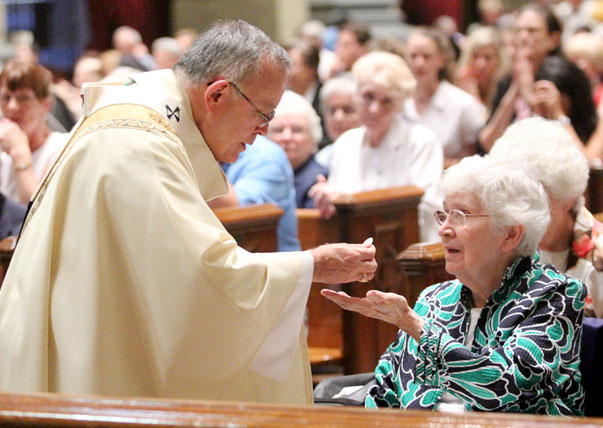 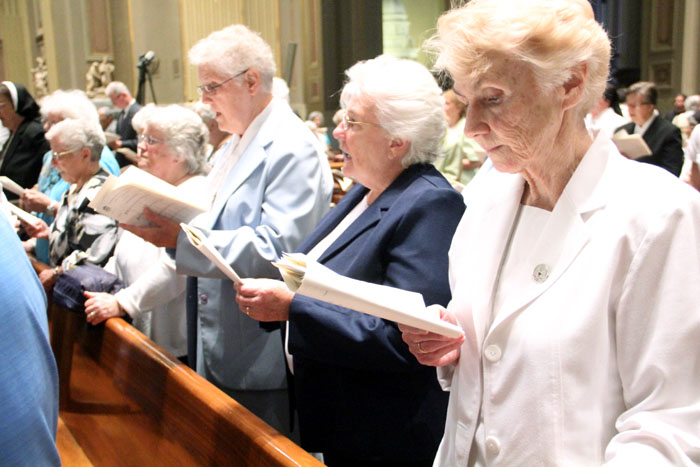 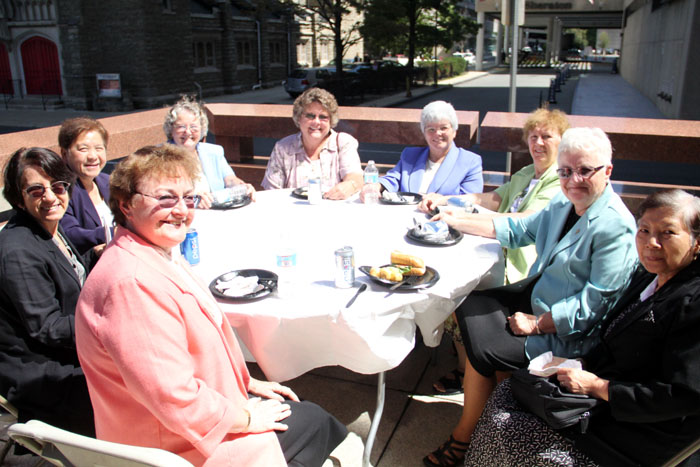 After mass the religious enjoyed a lunch on the patio of the archdiocesan building.

PREVIOUS: Excitement for World Meeting of Families builds at cathedral