Bucks County teens have a field day at St. Bede’s 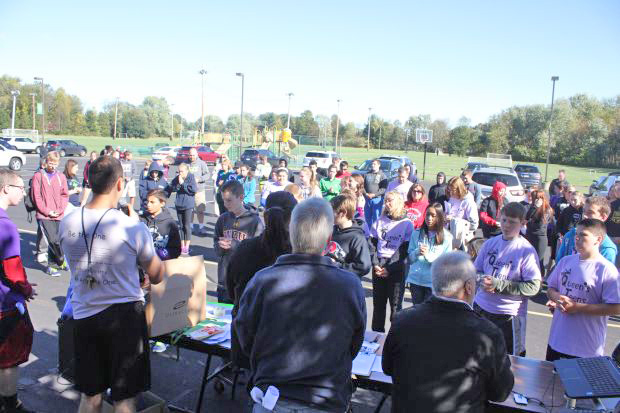 Participants at the Bucks County Teens Field Day say a short prayer before heading out on a full day of fun and games at St. Bede Parish, Holland. (Sarah Webb) 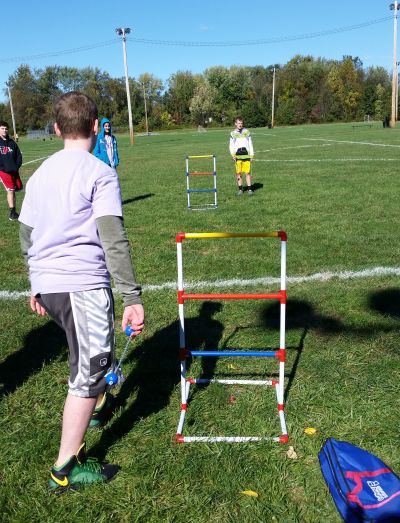 Teens from parishes throughout Bucks County play a game on the spacious grounds of St. Bede’s. (Deacon Daniel Arechabala)

Ninety kids from eight Bucks County parishes descended on St. Bede in Holland for a day of fun, fellowship and making new friends, according to Maritza Kelly, youth minister for the parish and an organizer of the event.

The event kicked off with Mass at 12:30 p.m. at St. Bede Church, followed by a barbeque grilled up by the parish’s Knights of Columbus Council 15478.

“This was a fun day in the name of Christ, where many kids got to meet friends from other schools that they don’t always see,” Kelly said. 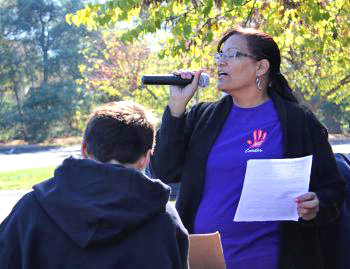 Maritza Kelly, youth minister at St. Bede Parish and an organizer for the event, gives instructions to the teen participants. (Sarah Webb)

The grounds at St. Bede’s were large enough to accommodate three competitions at one time.

John Nowicke, a member of St. Bede and a sophomore at Archbishop Wood High School, helped plan the event as a member of the parish youth group. He also went the extra mile by participating in the day. 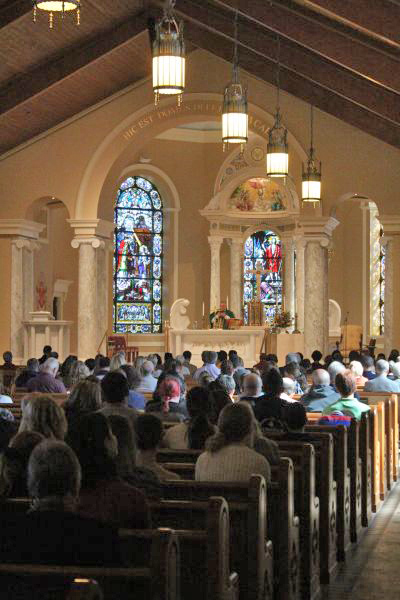 Participants prayed together at Mass to start the day in St. Bede Church. (Sarah Webb)

Nowicke competed in last year’s Teens Field Day, and this year he competed in the Soccer World Cup, basketball, tug of war and the scooter race. He was a good sport about his parish winning only in the scooter event.

“I really like the youth group and I helped to plan some of the events to get more teens involved. It was a great time and I really enjoyed it,” Nowicke said.

By the end of the three-hour games, winners were presented with an orange-painted rock with the words, “You rocked this year’s Field Day.”

Assumption B.V.M.’s teams were weighed down with the most rocks for prevailing in the Soccer World Cup, volleyball, basketball knockout, tug of war and a three-way tie with Nativity and St. John the Evangelist in ladder ball.