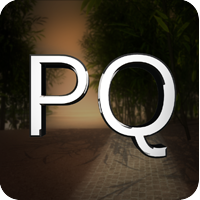 WASHINGTON (CNS) — Amid the imposed and often fast-paced routine of everyday life, an app is giving people a reason to quiet their minds through light meditation and prayer.

PeaceQuest is an immersive 3-D app designed to take users on a spiritual journey and allow them to establish a deeper connection with God and with themselves.

Father Stephen Fichter, a research associate at the Center for Applied Research in the Apostolate, and Kathe Carson, president of the video production company Kathe Carson Inc., created the app in December 2013. Father Fichter said their motivation came from recognizing the “constant intrusion” of technology in people’s lives.

“The idea when we created the app was a recognition that people nowadays just live such hectic lives, we’re all running from one place to the other,” Father Fichter said in a phone interview with Catholic News Service. “So recognizing the fact that so many people were basically living in this digital world … we wanted to kind of bring God into that environment.”

The app runs as a 10-minute video that transports users into a serene, pastoral landscape lush with greenery and chirping birds. Users enter a chapel where the “anam cara,” a Gaelic term meaning “soul friend,” waits to guide them on a meditative journey.

“This is really meant to be an app to help people relax, reconnect with God, get a good inspirational message, help them … with whatever they’ve gone through during their day,” Father Fichter said.

Carson called the app “a more colorful way of praying” and said she thinks the graphics and artwork enhance its evangelical element.

“It ends up being a very powerful form of prayer, this type of imagining … that’s a more tangible, visual thing,” she said. “It sort of brings so much more to life and gives things so much more meaning.”

PeaceQuest is influenced by Celtic spirituality, and its setting is specifically modeled after Glendalough, a scenic valley in eastern Ireland. Father Fichter was inspired by the Irish countryside after training in Ireland as a seminarian, he said.

“I have Irish roots and … (Glendalough) is just one of my favorite places on earth,” said the priest, who is the pastor of Sacred Heart Parish in Haworth, New Jersey. “It’s just a really beautiful place, so when we were trying to think of, you know, what would be the setting for this … that one kind of came to mind.”

As technology becomes increasingly prevalent, Father Fichter conceded that the church is “not going to win that battle” of drawing people away from their smartphones and tablets. Rather, he said, he realized that “technology is here to stay” and that the church needed to be focused on “bringing God into that electronic world.”

“Rather than trying to get people to unplug, which I think is a good thing to unplug, but knowing that they’re going to be in that world, the idea was … to try to get in there so that at least there’s a good solid Christian message that’s being brought across,” he said. “So much has been an effort to really help the church enter into the 21st century and really be available where the people are and if people are on their smartphones and if they’re on their iPads, well, we want to be there,” he said.

Though the app is targeted toward the younger generation who own smartphones and tablets, Fichter said it can be useful to an older demographic as well. Carson added that, in focus groups completed before the app was released, many people who weren’t regular Mass attendees found the app particularly helpful.

“They’re basically looking for something like this to have a connection and to be peaceful and for whatever reason that they don’t get to participate in Mass on a regular basis, they’re finding that PeaceQuest definitely fills a need for them,” Carson said.

Currently, the app consists of one meditative journey with different parts that focus on “the acceptance of change in our lives and maintaining hope even in difficult moments,” Father Fichter said. He said he and Carson have plans to create more quests on the app that center on other themes such as forgiveness and reconciliation.

“This is a great place where we as a church can truly be evangelizing and really getting out there and getting the message of the Gospel to people in a very attractive, modern way,” he said. “At the end of the day, the message is still very powerful, that it’s about connecting to God,” he said.

Editor’s Note: The PeaceQuest app is available for iPhones and iPads and can be downloaded at the App Store.

PREVIOUS: Alaska to appeal ruling that invalidates its ban on same-sex marriage

NEXT: Diocese agrees to settle 30 abuse claims for close to $10 million