Food: It’s not just another product to waste 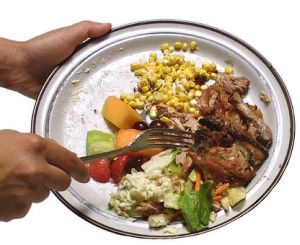 ST. PAUL, Minn. (CNS) — If, as Pope Francis said in October, “synod” means walking together, then dialogue is “the short answer of ‘how to walk with,'” said a Vatican official speaking Nov. 5 in St. Paul.

“When we share a common commitment to conversation, to dialogue, we put ourselves in the service of truth,” said Jesuit Father Michael Czerny, chief of staff to Ghanaian Cardinal Peter Turkson, president of the Pontifical Council for Justice and Peace.

Born in the former Czechoslovakia, the Canadian-raised Jesuit was filling in for Cardinal Turkson at the “Faith, Food & the Environment: The Vocation of the Agricultural Leader” conference in St. Paul. The Nov. 5-7 conference was sponsored by a dozen groups, including Catholic and rural advocacy organizations.

Cardinal Turkson was tabbed by Pope Francis to help develop an action plan to guide the church’s response to the Ebola crisis in the cardinal’s native West Africa.

Even though the talk by participants may get sharp in dialogue, Father Czerny said, the possibility remains that dialogue “works for the rightful benefit of the world.”

Addressing hunger can be a fruitful dialogue subject, according to Father Czerny.

Pope Francis, he said, has spoken of the “scandal” of hunger in the world, “while at the same time (there are) tons of food we simply discard.”

“The challenges appear daunting, and perhaps overwhelming,” Father Czerny said. “We can take up together a fruitful and faithful dialogue in the service of humanity.”

Father Czerny referred to a 2012 publication of the pontifical council, “Vocation of the Business Leader: A Reflection.” He suggested replacing the word “business” with” agricultural” and to read it in that context.

The stakes are high, he suggested. “Food sustains life itself. It is not another product.”

He added, “Eating is a moral act, because eating is a human act. And human acts can be morally determined.”

NEXT: Ruling sets up possible Supreme Court round on same-sex marriage