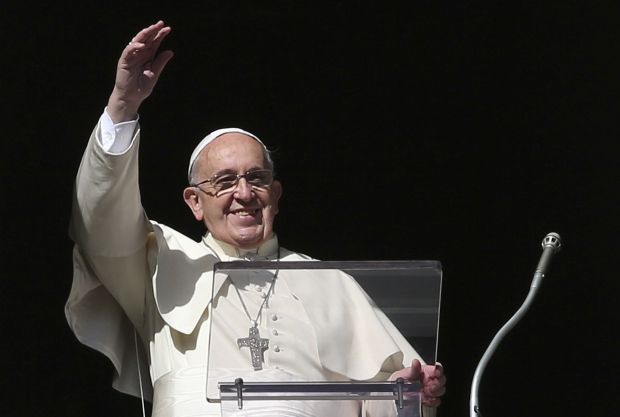 VATICAN CITY (CNS) — Pope Francis called for preserving the family as an institution based on marriage between a man and a woman, which he said is not a political cause but a matter of “human ecology.”

“The complementarity of man and woman … is at the root of marriage and the family,” the pope said Nov. 17, opening a three-day interreligious conference on traditional marriage. “Children have the right to grow up in a family with a father and mother capable of creating a suitable environment for the child’s development and emotional maturity.”

Pope Francis said that “marriage and the family are in crisis. We now live in a culture of the temporary, in which more and more people are simply giving up on marriage as a public commitment. The revolution in mores and morals has often flown the flag of freedom, but in fact it has brought spiritual and material devastation to countless human beings, especially the poorest and most vulnerable.”

Pope Francis voiced hope that young people would be “revolutionaries with the courage to seek true and lasting love, going against the current.” But he also warned against falling into the “trap of being swayed by ideological concepts.”

“We cannot speak today of the conservative family or the progressive family,” he said. “The family is the family.”

The pope also stressed that the complementarity between male and female does not necessarily entail stereotypical gender roles.

“Let us not confuse (complementarity) with the simplistic idea that all the roles and relations of the two sexes are fixed in a single, static pattern,” he said. “Complementarity will take many forms as each man and woman brings his or her distinctive contributions to their marriage and to the education of their children.”

Pope Francis said Christians find the meaning of complementarity in St. Paul’s First Letter to the Corinthians, “where the apostle tells us that the Spirit has endowed each of us with different gifts so that — just as the human body’s members work together for the good of the whole — everyone’s gifts can work together for the benefit of each.”

“To reflect upon complementarity is nothing less than to ponder the dynamic harmonies at the heart of all creation,” the pope said.

PREVIOUS: Cardinal urges pope to take hot-button issues off table for next synod

NEXT: Vatican lifts ban on married priests for Eastern Catholics in diaspora