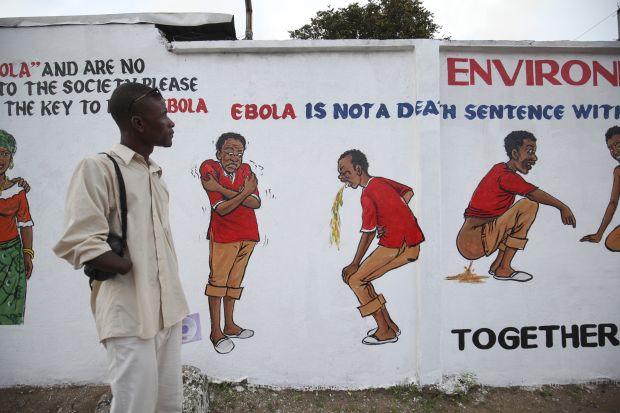 VATICAN CITY (CNS) — More cooperation is needed between the international community and faith leaders in stemming the ongoing Ebola epidemic, said a joint communique issued by the United Nations and the World Council of Churches.

“It is important to share information at all levels, but much more important to intensify our direct efforts, especially at community levels,” said Msgr. Robert J. Vitillo, who represents Caritas Internationalis at the U.N. agencies in Geneva. “This is where the urgent need can be found.”

More than 20 organizations participated in a daylong consultation at the Ecumenical Centre in Geneva on fighting Ebola. Among the participants was Caritas Internationalis, the World Health Organization, UNICEF, UNAIDS, the International Organization for Migration and the Lutheran World Federation.

In a video message to the Nov. 28 consultation, Anglican Archbishop Justin Welby of Canterbury stressed the “absolutely crucial” contribution of churches and other faith communities in responding to the health crisis, said the communique.

Dr. David Nabarro, the U.N. secretary general’s special envoy on Ebola, told the consultation that “faith groups are absolutely key to the Ebola response because they have access to the communities,” it said.

Msgr. Vitillo, who also serves as the Caritas health adviser, told Catholic News Service that the Catholic aid agency provided the Geneva consultation participants with information on the group’s “action on the ground” in Liberia, Sierra Leone and Guinea — the most heavily affected countries and countries where “the Catholic Church has engaged since the beginning of the epidemic.”

In an earlier interview with CNS, Msgr. Vitillo said Caritas has been reaching out to train religious leaders — both Christian and Muslim — in West Africa on Ebola.

“It is important for the priests and the religious leaders to know the facts and to be able to transmit them, especially through the pulpit,” he said.

He also spoke about how collaboration among church leaders and international aid organizations has helped improve care for communities affected by Ebola. He offered as an example the changes the WHO made in its guidelines for the burial of Ebola victims after consulting with religious leaders. The new policies take into consideration the “sensitivities of families” and their “religious rights,” he said.

“The WHO used to talk about ‘dead-body management,'” he said. “Now it’s talking about ‘safe and dignified burials.'”

NEXT: Irish bishops: Marriage between man, woman is matter of justice