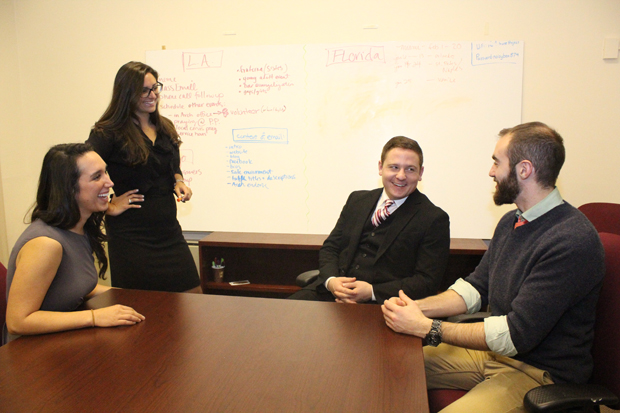 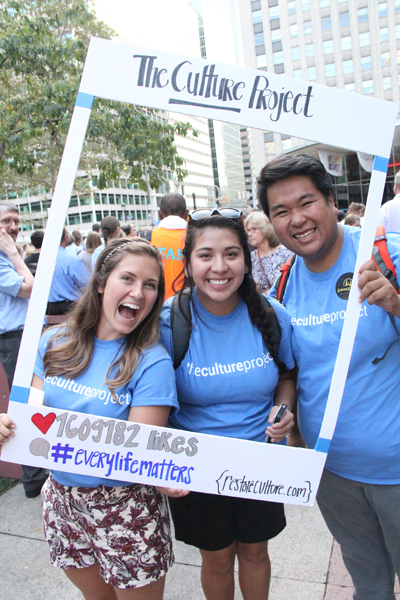 Members of the Culture Project are “unabashedly Catholic,” according to executive director Christina Barba. Above, they came out to support Walk for Life through center city Philadelphia last fall. (Sarah Webb)

Christian renewal isn’t just a slogan; it takes concrete action. It takes idealism, it takes faith and it takes the work of the Holy Spirit.

One local emerging group of young Catholics determined to make a difference in the world and their own lives is called the Culture Project.

Incorporated in July, at this point there are just at 31 members, including 24 missionaries and seven staff. They are mostly post-college young adults from around the country and their goal is to “restore culture through the experience of virtue.”

Most, but not all, originally cut their evangelical teeth through Generation Life and are now taking that experience to a new level. Although they are headquartered at St. Charles Borromeo Seminary, small bands of the young people travel the country speaking at schools, conferences and youth groups about the dignity of the human person, virtue and sexual integrity.

“The mission is to develop a culture of individuals choosing to do what is right even when it is hard,” said Christina Barba, the founding executive director and the group’s vision-bearer, who is herself a graduate of Archbishop Carroll High School, Radnor.

It was there she first became involved with Generation Life, which contributed so much to her spiritual formation leading up to this new venture. She continued on to Penn State University and worked in the engineering field for a few years before committing herself full time to ministry, at least for now. 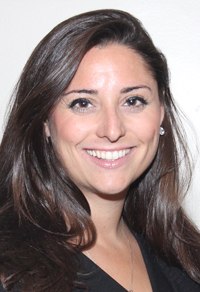 “I can’t take full credit for the work. It was a group of friends that started it, really,” she said. “Generation Life was the springboard to launch me to the next place, and I’m open to whatever God calls me to do in the future.”

Missionary members of the group, who make a 13-month commitment that is renewable if they wish, live in small single-sex communities. In Philadelphia there is a group of men currently living in Port Richmond and of women living in Ardmore. There is a traveling team currently in Toledo that will be moving on to Miami and another team in Los Angeles.

As their mission statement says, “We believe in giving young adults the practical framework to grow in virtue and rich friendships through intentional community life — a remedy to today’s culture of isolation. Because we believe culture will be restored through encounters of the heart, we foster the environment in which we can learn this art of encounter, one person at a time. It is from this encounter our entire mission flows.”

All but one of the members are unmarried, although a few may be engaged to be married or in an earlier stage of a relationship. In the case of the missionaries, the requirement is that a relationship not be advanced to another level during their agreed period of service; they also agree to abstain from dating during that period.

During the summer two-month initial formation period, the future missionaries undergo intellectual, spiritual and human formation together in community, practice the art of public speaking, do personal fundraising to help cover their own expenses, study the issues of sexuality and human life from a Catholic perspective  and deepen their prayer life.

Prayer is a constant throughout their service especially through reception of the Eucharist and praying in holy hours for personal growth in holiness and virtue.

Finally, work for the missionaries involves travel to different places nationally and internationally to speak to young Catholics. It might be at a school a college campus, a bar or other public place, and also perhaps witness at abortion clinics or local community events. 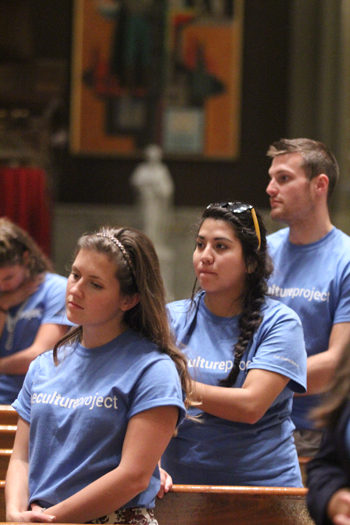 Members of the Culture Project pray during Mass following the Walk for Life last fall at the Cathedral Basilica of SS. Peter and Paul in Philadelphia. (Sarah Webb)

For her own spirituality Barba has been most influenced by the Benedictines at Latrobe, Pa.

“Father Boniface Hicks is my spiritual director; he is a good, holy priest who gives advice to me and to the group,” she said. “We lean on the Benedictine tradition of ora et labora (prayer and work) but we do not follow any one tradition.”

Emily Ortiz, a staff member rather than a missionary, is a Franciscan University (Steubenville, Ohio) graduate who met Barba several years ago during a retreat in Rome. Both had been influenced by the teaching of Pope John Paul II and Theology of the Body, and through Barba she became interested in Generation Life and ultimately this new ministry. Because she is staff and not a missionary, she is not bound to abstain from dating, and as a matter of fact is engaged to be married to a fellow Franciscan University grad.

Yet this period with the Culture Project will continue to influence her future life, and really that is the intent of the group. No matter what outreach they do, it is the life-altering self-transformation that will hopefully stay with them forever.

“There is a lot of virtuous growth through community life,” Ortiz said. “It can be most challenging but you gain a lot of self awareness. I am really grateful for this.”

Will Panagakos, who is also a Franciscan University graduate, has a degree in psychology and was on track to enter graduate school but missionary work was a unique calling dear to his heart, and he decided to enter the field through Generation Life.

He too was influenced by the teachings of Pope John Paul II, and he was a speaker for Gen Life for three years before returning to academia as a pre-med student. It was a year into that program that he heard about the Culture Project being formed and signed up as a mission team manager.

“It’s a minor vocation for me,” Panagakos said. “I’m dating and my face is set on marriage.”

Meanwhile, does he find the Culture Project experience fulfilling?

“The short answer is yes,” Panagakos said. “The long answer is, fulfillment doesn’t come from meeting my expectations; fulfillment comes from opening my eyes and seeing the world more. This work didn’t just fill my cup, it gave me more space to fill.

“I think there is a need for the classroom contact but beyond that we have been given the ability to expand beyond the classroom, to go from a single contact to a contagious community of believers,” he said. “The Catholic Church needs to spread through example. Renewal begins with small examples.”

Joseph Lang, a Nebraskan who attended the University of Kansas, dropped out of a master’s program to join the group. He’d met some of the members a few years ago when they came to his parish and he was impressed, especially because he was unaccustomed to seeing other young people in his church.

“I was in an architecture program and I left to help build the City of God,” he quipped. As a missionary he thought he would spend most of his time on the speaking circuit, but finds public speaking a bit of a challenge. Instead he is using his talents mostly by creating graphic arts for the group.

Group living can be challenging but Lang finds it is not that difficult because “everyone there loves Jesus.”

As for his future? Finish his degree, pay off his student loans and hopefully study for the priesthood.

“I feel drawn to religious life; I trust God to draw me to what he wants me to do,” Lang said.