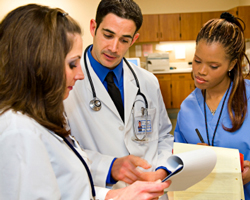 SAN FRANCISCO (CNS) — California legislators have introduced assisted suicide legislation modeled on Oregon’s assisted suicide law, energized by the heartbreaking story of Brittany Maynard, a young woman with brain cancer, who moved from the San Francisco Bay Area to Oregon to end her own life Nov. 1.

Before her suicide, Maynard, 29, created videos asking for assisted suicide legislation that drew tens of millions of views, and her mother and husband are now campaigning for legalization.

California S.B. 128, as it is called, would allow doctors to prescribe a lethal dose of medication to terminally ill patients who want to commit suicide. Written by Democratic Sens. Bill Monning and Lois Wolk, the bill has sparked strong opposition.

“Assisted suicide is not a progressive social cause,” said Diane Coleman of Not Dead Yet, an organization of people with disabilities who oppose assisted suicide. “There are a lot of ways to look at this, but the first thing is to look at the deadly mix of the profit-driven health care system and the other is the sad reality of elder abuse.”

If the legislation passes, “some people’s lives will be ended without their consent, through mistakes and abuse,” said Marilyn Golden, Berkeley-based senior policy analyst with the Disability Rights Education & Defense Fund. “No safeguards have ever been enacted or proposed that can prevent this outcome, which can never be undone.”

Data from Oregon’s 1997 law show the top five reasons people choose assisted suicide are not because they are suffering from a terminal illness, Coleman noted. Feeling like a burden and a fear of loss of control are among the main reasons for choosing assisted suicide, according to the Oregon data, she said.

The assisted suicide campaign is heavily funded by Compassion & Choices, a national assisted suicide advocacy organization that has received millions in funding from billionaire George Soros. Committing suicide is not illegal in California, but it is illegal for a doctor to prescribe drugs to help someone kill themselves.

In 2006 and 2007, similar legislation was defeated after a hard-fought battle in California, said Tim Rosales of Californians Against Assisted Suicide.

“The coalition that is formed against it is really one of the most diverse and ideologically diverse coalitions that you are going to see on an issue in California. I think that lends to the credibility of the opposition,” Rosales said.

Among the many organizations that have joined Californians Against Assisted Suicide are the American Medical Association, American College of Pediatricians, American Nursing Association, California Catholic Conference, California Disability Alliance, Not Dead Yet, Berkeley Commission on Disability, Autistic Self Advocacy Network, and Disability Rights Education & Defense Fund.

While there have been more than 100 attempts to legalize assisted suicide in the past 20 years, only three states have legalized it through legislative or voter action, Californians Against Assisted Suicide notes on its website. Those are Oregon, Washington and Vermont. In Montana and New Mexico, judges have sided with advocates of assisted suicide, ruling in 2009 and 2014, respectively, that doctors in their respective states would not be prosecuted for helping a terminally ill patient commit suicide.

The Catholic Church opposes assisted suicide because of its respect for the sanctity of life from conception to natural death. In 2011, the U.S. Conference of Catholic Bishops issued a statement titled “To Live Each Day with Dignity: A Statement on Physician-Assisted Suicide.”

The California Catholic Conference website has a special section on end-of-life decisions, “Embracing Our Dying.”

NEXT: Pro-life activists optimistic about state efforts to restrict abortion