The good life starts with commitment 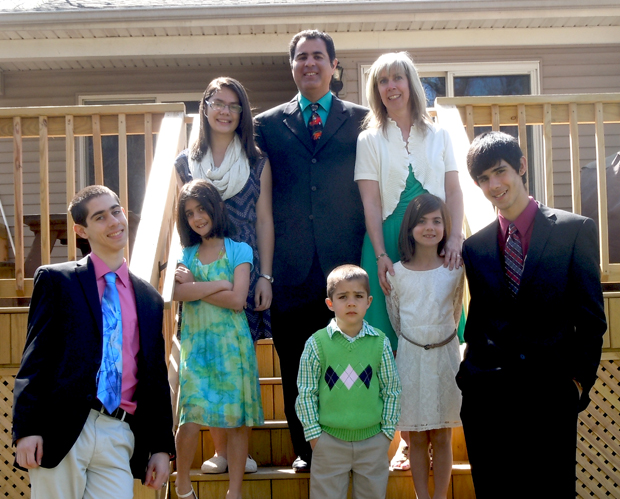 Mike Speranza’s day job is as an applications engineer. Christa Speranza is a stay-at-home mom.

The real 24/7 job for both Mike and Christa is Christian parenting of their six children – Nicholas, 18; Benjamin, 17; Victoria, 15; Gianna, 10; Angela, 8 and Daniel, 6, along with serving on various committees at their parish, St. Robert Bellarmine in Warrington.

Mass on Sundays and holy days are a must in the family, as is grace before meals at dinner most nights and family evening prayers.

Mike and Christa are cradle Catholics but as young adults their faith was really just force of habit, essentially on auto-pilot.

“We never fell away,” Mike explained. “I kind of drifted along and went to Mass, maybe not every Sunday when I was in college. I guess I’m traditional, but I didn’t have in-depth knowledge of the faith and what we believe. If someone asked me to explain my faith I probably would have shrugged my shoulders.”

“It was pretty much the same with me,” Christa said. “I did continue to go to church, probably more out of routine than paying attention and getting anything out of it. Mike and I started dating in 1991 when we were in our late to mid-20s. I had a sister who died of cancer and when that happens you pray a lot, and I started thinking about faith.”

Mike and Christa were married at Nativity of Our Lord Church in Warminster 22 years ago. Even then, although they went to church most Sundays, if they were out late on Saturday they skipped Mass sometimes because it just wasn’t their top priority.

This started to change when Christa became pregnant with Nicholas.

“We knew that we were going to be the first teachers of our children and we realized faith is important.” she said. “It is our job to guide them and hopefully see them in heaven. “

One of the first things they jointly decided, Mike said, was that Christa would stay home with their children and they would plan their lives around a single paycheck. 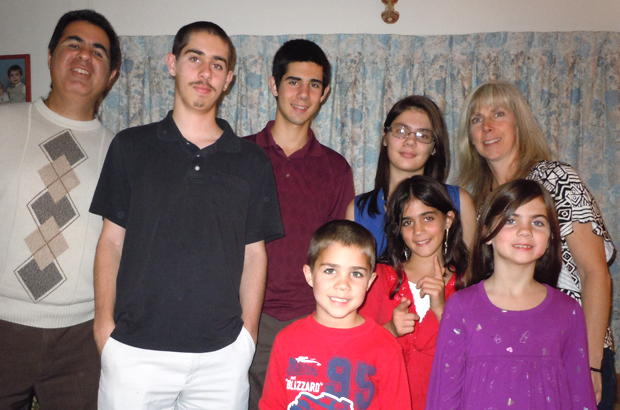 “We planned accordingly and bought a house based on income. We did not want the children to have to go to daycare,” he said. “We just believed that a lot of the problems in the world today have to do with the breakup of the family. Things would be much better if families stayed together, talked to their kids, taught them right from wrong, be there to love them.

“I think about things differently as I grow older,” he mused. “You know you can’t be immersed in this culture without questioning everything. Is there a God? To me it is logical that there should be a Supreme Being and Jesus is his Son. I look at what Jesus did and what he asks of us. Anyone can love their friends, hate your enemies. He asks us to love our enemies.”

The question is, given the secular climate of today, will Mike and Christa be able to pass their values on to their children?

They hope so. Their three eldest were altar servers and active in CYO. Gianna (whose birth year coincided with the canonization year of St. Gianna Molla) is training to be an altar server too, although her ultimate goal is to be a rock star. That’s OK with her parents, provided the lyrics are clean.

At this point Ben, who is a junior at Wood, “is seriously considering going to St. Charles Seminary to become a priest,” Christa said. “He has been talking about that for years.”

“We don’t force them to do things, but if they didn’t want to do them they would show resistance. They seem to think these things are fine,” Mike said.

“It’s not enough,” he said, “to feed them, to clothe them, to put a roof over their head and educate them. You have to show by example a husband and wife who love one another and know this is the way it is supposed to be.
“Hopefully when they grow up and find someone they will have a role model in us, to know that marriage is permanent; it isn’t disposable.”

PREVIOUS: Growing the faith and selling all the tea in China

NEXT: Doctor relies on God to witness for sanctity of life