Longtime worker for migrants says challenges more urgent than ever 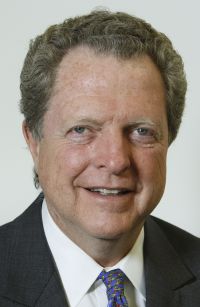 VATICAN CITY (CNS) — Thirty-five years ago, when John Klink was working for Catholic Relief Services in Yemen, Blessed Teresa of Kolkata came to visit her Missionaries of Charities there.

The first question the legendary missionary asked the young relief worker was: “Do you have a girlfriend?”

Told his girlfriend was more than 2,500 miles away in Rome, in an era before email and cheap long-distance calls, Blessed Teresa offered: “Why don’t I take her some love letters for you?”

Klink gratefully accepted, then asked what he could do for her.

The reception was to take place at his apartment that very evening, she said, so she could press the officials for more milk to give a community of lepers CRS was helping with.

A combination of passion and practicality, as exemplified in his story about Blessed Teresa, has marked Klink’s own four-decade career promoting socio-economic development and human rights.

The Wyoming native has worked in rarefied diplomatic milieus, serving as a chief negotiator at the Holy See’s Mission to the United Nations and representing the White House at international conferences on such topics as population growth, the rights of children and human cloning. He has also served as an aid worker on the front lines during refugee crises in Thailand and the 1986 revolution in Haiti.

Klink’s most recent assignment, from 2006 to late 2014, was as president of the International Catholic Migration Commission.

Founded by Pope Pius XII in 1951, the ICMC works to assist and protect migrants, refugees, internally displaced and trafficked people, by coordinating the work of Catholic agencies and collaborating with international organizations and national governments.

The ICMC has accompanied well over 1 million refugees to the U.S. alone, providing them with food, clothing and shelter and a variety of services including psychological counseling and assistance with the legal procedures for resettlement. More than half of the Iraqi refugees now in the U.S. got there with the help of the ICMC.

The commission’s most urgent challenge at the moment is assisting refugees from the Syrian civil war, which has now lasted almost four years, leaving 6.5 million homeless within Syria and driving 4 million out of the country.

Klink likens their plight to that of Holy Family taking refuge in Egypt during King Herod’s massacre of the innocents.

“When Joseph was woken in the middle of the night and told that he had to flee within moments, he became a refugee, and with him Mary and the baby Jesus,” Klink said. “Think of what’s happening right now with the number of beheadings of children that ISIS is behind and the incredible trauma that all of these families are sustaining. It is again the Holy Family’s winter.”

The flow of people has overwhelmed neighboring countries, with grave long-term ramifications for the region, Klink warns: “Imagine what it would be like if you invited your entire extended family over for Christmas and they stayed for three years, and you didn’t have the space for them and you didn’t have the food for them. How do you cope? It has been very destabilizing for all these countries.

“And going forward, if the youth do not get the educational opportunities that they deserve, there are going to be refugee situations that will mirror in many ways what happened in Palestine, wherein you have refugee camps that last for generation upon generation and you have very disaffected youth who are prime targets for terrorists who want to bring them over to their side.”

The ICMC also works extensively to combat human trafficking, a problem on which Pope Francis has placed great emphasis.

The commission has helped set up safe houses in Lebanon and Kosovo for women who have escaped from slavery, offering them psychological counseling and legal advice on how to rebuild their lives.

But such assistance is usually “too little too late,” Klink says, so the commission also focuses on prevention, by teaching military and police how to recognize and offer protection to victims of trafficking. Last year, the commission partnered with the Philippine Catholic Bishops’ Conference to pilot a regional trafficking prevention project. The ICMC also promotes legislation against the practice in countries around the world.

Klink stepped down as head of ICMC at the end of 2014 was replaced in January by Sir Peter Sutherland, a former attorney general of Ireland.

Asked what he will do next, Klink says he is continuing on as president of the ICMC American affiliate, but expects other interesting challenges.

“My life has been a series of calls,” he said. “When I was asked to serve at the United Nations, the nuncio said just come for two weeks, and that lasted 17 years.”

NEXT: Pope names St. Gregory of Narek a doctor of the church