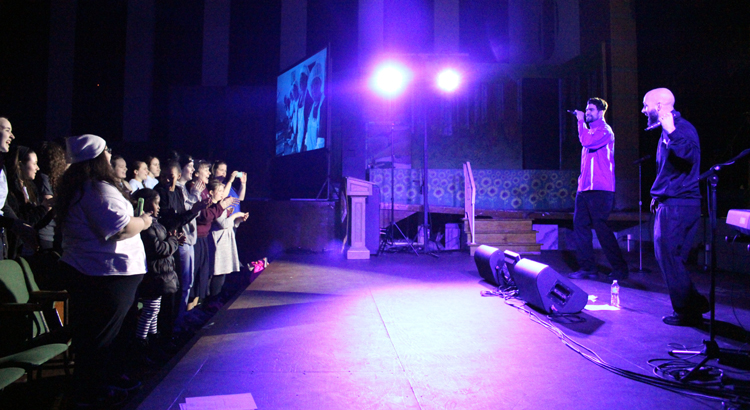 Steve DeMaio and Steve Eguino, known as The Bosco Boys, bring the ladies to their feet at the Array of Hope concert at Little Flower High School. The laides were surprised when the men removed their jackets to show their collars as they are currently information studying towards becoming Catholic priests with the Salesians of Don Bosco. (Photos by Sarah Webb)

It wasn’t their parent’s idea of retreat, but about 600 kids in sixth through eighth grades came to a retreat that could have been mistaken for a rock concert at Archbishop Wood High School last weekend.

The theme for the Saints Alive retreat was vocations to religious life. Students came from Catholic schools, parish religious education programs and junior high youth groups in the Archdiocese of Philadelphia. Most of the kids are preparing to receive the sacrament of confirmation or were recently confirmed.

The Secretariat for Catholic Education and archdiocesan Office for Vocations sponsored the retreats and contracted with Te Deum Ministries to stage Array of Hope, a professionally produced and faith-based program of pop music performers, motivational speakers and films.

Some 600 boys and girls came to Archbishop Wood in Warminster on Feb. 28 for an all-day retreat. The program included lunch, faith witnessing, concerts, a talk on praying the liturgy, information stations where students learned about sacraments, religious orders and other topics, and ended with Mass.

Little Flower Catholic High School for Girls in Philadelphia hosted a family night with Array of Hope on Friday evening, Feb. 27. It featured guest speaker Sister Kim Miller, I.H.M., and sisters from several religious orders in the area also were on hand to talk with the girls in attendance.

A Saints Alive retreat at Cardinal O’Hara High School scheduled for Sunday, March 1 was cancelled due to inclement weather. 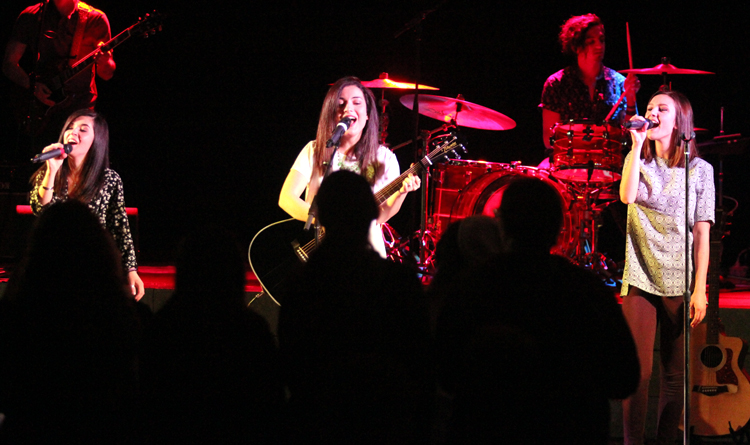 Sisters Lauren Costabile and Nicky Costabile sing with their cousin Emily Dolan as part of their family band The Costa Crew during the Array of Hope Concert at Little Flower High School. (Sarah Webb)

PREVIOUS: As a radical reformer, pope has made enemies