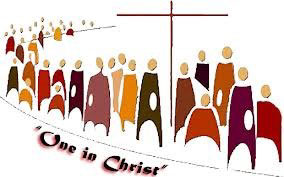 The theme of the conference is “Unity and Diversity in the Body of Christ,” and will feature internationally known guest speakers Dr. Mark Nimo and Jesse Romero. Archbishop Charles Chaput will be the main celebrant of the liturgy to be celebrated at 10 a.m.

A special Youth Track program for teens is also a part of the day.

Nimo was born in Ghana and underwent a deep personal conversion to Jesus when he encountered the Catholic Charismatic Renewal after high school, after which he became passionate about prayer, Bible study and sharing faith in Jesus.

Jesse Romero is the director of his preaching apostolate, “On Fire Evangelization.” A retired Los Angeles deputy sheriff, he has a bachelor’s degree in Catholic theology from Franciscan University in Steubenville, Ohio.

Romero has been featured on several radio programs, including 10 years as host of EWTN’s “Reasons for Faith.” He has also been on Guadalupe Radio in Los Angeles as host of “La Verdad te hars Libre,” and Immaculate Heart Radio as host of “The Jesse and Terry Show.”

He speaks on topics including spiritual warfare, culture wars, teens and chastity, apologetics and male spirituality. Romero and his wife Anita live in California. The couple has three children.

The Charismatic movement in the Catholic Church took flight in 1967 at Duquesne University in Pittsburgh. Philadelphia currently has 100 active Charismatic prayer groups. It is a form of prayer in the Catholic Church and one way to go deeper into the faith, said Msgr. Joseph McLoone, pastor of St. Joseph Parish in Downingtown, who serves as a liaison to the movement for the archdiocese.

Gloria Coyne, a member of the steering committee for the event, said that the conference was especially meaningful this year in light of the upcoming visit of Pope Francis to Philadelphia after the World Meeting of Families in September. She recalled his talk last year when 50,000 Charismatics from 55 countries convened in Rome’s Olympic Stadium.

At that time, the Holy Father told participants that he expected them to be in St. Peter’s Square in 2017 to celebrate with him the 50th anniversary of the Charismatic movement in the Catholic Church, said Coyne, a member of St. Ignatius of Antioch in Yardley.

Coyne’s own journey back to the Catholic faith after years of wandering and researching other faiths, in the aftermath of her mother’s death, was the result of attending a Charismatic meeting in the mid-1990s, she said. After researching many other denominations, she was on a trip to Medjugorje when she felt God calling her back.

She later attended a Charismatic prayer meeting that she described as extraordinary.

“The people just wanted to be there, wanted to pray,” she said.

Coyne has been committed to the movement ever since, participating in the prayer group at St. Ignatius and the wider archdiocesan groups. She’s turned over all aspects of her life to the Holy Spirit, including her finances and her business decisions. She’s come to understand the Spirit’s gifts and to listen for his guidance.

“I’ve learned to rely on the Holy Spirit for all kinds of things. This has been fun and challenging, but I’m doing things I’d never done before. God has given me a passion to explain how important he is in (people’s) lives,” Coyne said.

General registration for the Charismatic conference is $50 for adults, and there are three ways to register: online at www.PhillySpirit.com (online registration closes March 23); a mail-in registration form; or at the door. Doors open at 8 a.m. Lunch and a snack are included with pre-regisration (before March 23). Lunches cannot be guaranteed for those who register after that date.

Included in the conference is a special program for the teenagers in grades eight to 12 called Youth Track. Young people are invited to attend to understand the gifts they have, and how to use them to be a #gamechanger. The day includes speakers, music, sports, fun and food. The cost is $20 and includes all sessions and breakfast and lunch.

For more information on Youth Track, call Lisa Kopertowski at 215-315-7008, or email: ccryouthtrack@phillyspirit.com. For registration and permission forms, visit www.PhillySpirit.com.