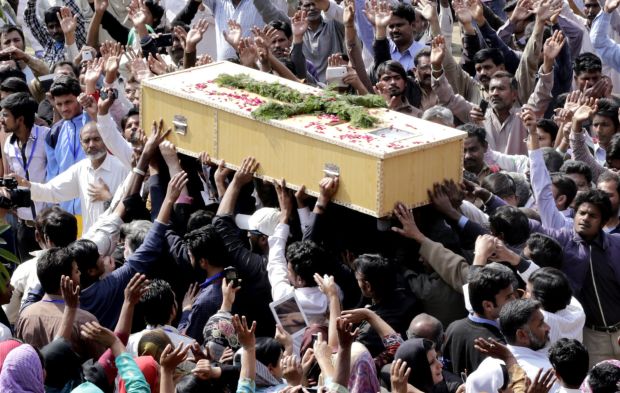 “Two masked men riding a motorbike fired on policemen who were deployed outside the church,” Khan said. “Police retaliated, after which the assailants sped away.”

Two passersby were injured in the crossfire, but no other injuries were reported, Khan said, adding that police had obtained closed circuit television footage from the church and have launched an investigation.

Local media reported that Punjab Chief Minister Shahbaz Sharif has directed police to submit a report of the incident.

Father Emmanuel Yousaf Mani, director of the National Commission for Justice and Peace of the Catholic Bishops’ Conference of Pakistan, said he was aware of the incident and that no church or school staff were injured in the attack.

“It is unbelievable how militants fired at the church guards and managed to flee,” Gill said. “We urge the government to beef up security at churches.”

He added that twin suicide bombings in Lahore earlier in March had created a sense of fear and insecurity within the Christian minority community.

The bombings, which left 14 dead and more than 70 others injured, also sparked riots in which two men thought to be associated with the bombers were beaten to death in a rare display of violence on the part of Christians in Pakistan.

NEXT: English cardinal urges debate on family synod to stay out of the press