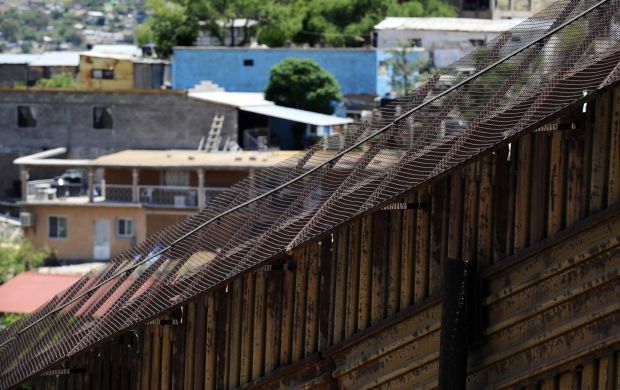 This May 27, 2010, photo shows houses in Nogales, in the Mexican state of Sonora, can be seen behind a large steel fence separating the United States from Mexico. Pope Francis has erected the Diocese of Nogales in northern Mexico, across the border from Arizona. (CNS photo/Larry W. Smith, EPA)

VATICAN CITY (CNS) — Pope Francis has erected a diocese in northern Mexico, located along the border of Arizona.

The Diocese of Nogales is in the northern part of Sonora state and includes territory from the Archdiocese of Hermosillo, Mexico, the Vatican announced March 19.

The pope appointed Bishop Jose Leopoldo Gonzalez Gonzalez, 60, to head the new diocese. He had been auxiliary bishop of the Archdiocese of Guadalajara.

The Catholic population of the new diocese totals 381,398 people and includes 25 parishes, 44 priests, 62 sisters and 13 seminarians, according to the Vatican announcement. The diocese is about 17,000 square miles in size.

The Sonora-Arizona border is a desert area used by Mexicans to enter the United States seeking employment opportunities and a better life. Numerous church ministries and outreach programs serving the migrants exist in the region.