From archives emerges a Catholic who aided Armenians’ plight 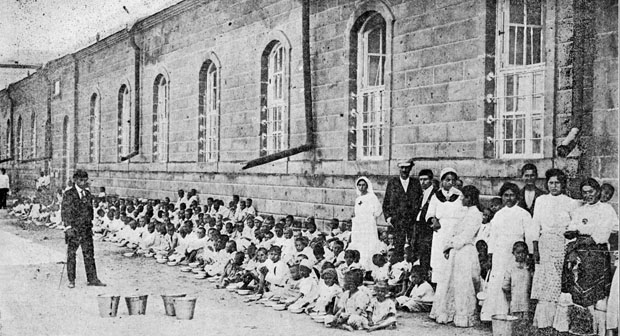 Armenian children left orphans by the massacres that reached their peak in 1915, yet continued for years after, sit for a photograph in this photo from the Archdiocese of Philadelphia's archives. (Philadelphia Archdiocesan Historical Research Center) 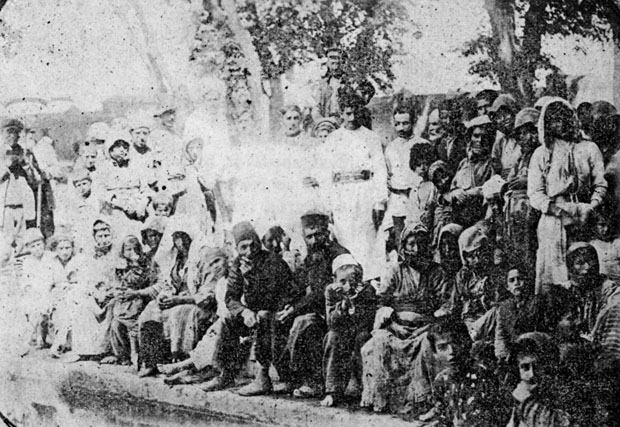 Some Armenian refugees such as these did survive the genocide that left up to 1.5 million Christian Armenians dead. It has has been called the first genocide of the 20th century. (Philadelphia Archdiocesan Historical Research Center)

At a time when Christians of all denominations are being attacked by radical Muslims in many first parts of the world, it is the centenary of what has been called the first genocide of the 20th century: the slaughter of between 1 million and 1.5 million Christian Armenians by Muslim Turks and Kurds in 1915, with sporadic violence against the remaining Armenian refugees for the next decade.

“Men, women and children were turned out of their homes, marched to exhaustion and starved, beaten and burned to death by the tens of thousands,” Archbishop Chaput wrote in his March 5 column on CatholicPhilly.com.

Pope Francis, during a Mass at St. Peter’s Basilica on Sunday, April 12 to commemorate the massacre, used the term “genocide,” to which the Turkish government strenuously objected.

To put it in context, in 1915 Turkey’s Ottoman Empire, of which Armenia was part, was along with Germany and Austria at war with the United Kingdom, France and Russia, among others. The United States was then neutral, although after it entered the war it opposed only Germany and Austria, not Turkey.

Although the Turkish Empire was largely Muslim, most Armenians were Christian, members of the Armenian Apostolic Church with a history they believe traces back to the Apostles Bartholomew and Thaddeus. Armenia also bordered Russia, which was Christian, and the Turks feared the Armenians would rebel and fight for the Russians, and some did.

In retaliation Turkey put in place a ruthless policy that saw most Armenian men in the area near Russia killed and the women and children sent on what was a virtual death march to other parts of the empire.

While Turkey to this day continues to deny a genocide took place, eyewitnesses from that era testified otherwise.

In a dispatch to the American ambassador in Constantinople, the local American Consul Leslie Davis wrote in July 1915, “It has been no secret that the plan was to destroy the Armenian Race as a race, but the methods used have been more cold-blooded and barbarous if not more effective than I had at first supposed.”

The massacres did not end in 1915, and for the next decade people of good will from around the world contributed vast sums of money for the relief of the large number of now-scattered Armenian refugees. 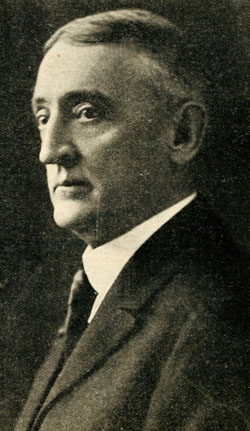 Walter George Smith, shown in 1923, was a prominent Catholic lawyer in Philadelphia who raised money and awareness of the Armenians. (Philadelphia Archdiocesan Historical Research Center)

Walter George Smith was a prominent Catholic Philadelphia lawyer who engaged in the relief efforts and visited the region from November 1920 through February 1921.

“In the long history of human government,” Smith would later write, “there can scarcely be found a parallel to the tragic fate of this gallant people. Of Aryan race though seated for centuries in Asia, they have never lost their national characteristics. We of the Western world have been slow to realize their value to the cause of Christian civilization.”

At the end of the war and the capitulation of Turkey, the Treaty of Sevres signed by Turkey dissolved the Ottoman Empire and stipulated the borders of an independent Armenia were to be set by the President of the United States, even though the U.S. had not been at war with Turkey. It was even suggested the U.S. accept Armenia as a protectorate.

Ultimately President Woodrow Wilson did nothing, probably because (as today) he was a Democratic president with a Republican Congress that wanted no parts of further foreign entanglements to the point that Congress even prevented the U.S. from joining the League of Nations.

Nevertheless, with hundreds of thousands of Armenians in refugee camps around the Middle East and Eastern Europe, private citizens in the U.S. raised more than $100 million for Armenian relief, a sum that would translate into more than $1.3 billion today. Some of the donors were from the Armenian diaspora, many others were members of churches, mostly Protestant, that had missionaries in the region but there were Catholics also.

He was very active with Armenian Relief especially in the early 1920s, and served as president of the Armenian Relief Society. The now Sovietized Russia occupied that section of Armenia that bordered with it and the rest remained under control of the new government in Turkey headed by Mustafa Kamal (Ataturk).

Although secular, Turkey ignored the terms of the Sevres Agreement. Neither the European powers nor the United States did anything to enforce the peace agreement. It would not be until 1991, with the collapse of the Soviet Union, that the section of Armenia that was under its control became a free and independent republic.

Smith, whose personal papers are held in the archives of the Archdiocese of Philadelphia, could not know this future and by 1924 was pessimistic for Armenia.

Writing in New Armenia magazine that year he described the Armenians, “…to their eternal glory there remains the truth that among all Christian peoples they stand unique or nearly so in accepting death rather than treason to their Christian faith. Men, women and children have gone through fire and water, have literally sacrificed everything that this world counts as good rather than trample on the Cross. Surely, under the Providence of God, justice will one day be done to them.”

PREVIOUS: Volunteers help struggling veterans get back on track

NEXT: At 175 years, St. Philip’s joins new vibrancy with a colorful history