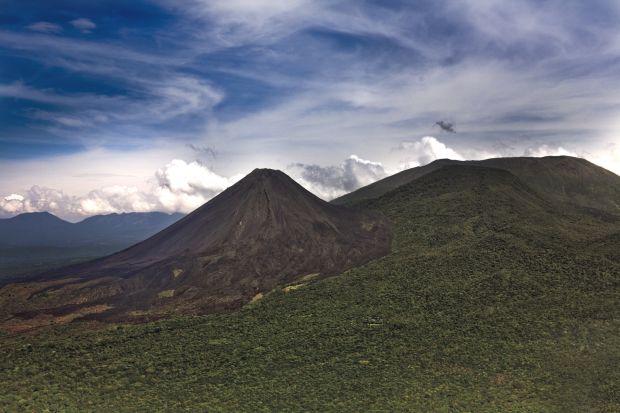 An aerial view of Izalco and Santa Ana volcanos in 2008 in El Salvador. Marking the celebration of Earth Day, Pope Francis asked that everyone recognize the earth as God's gift to protect and cultivate, sharing the world's natural resources. (CNS photo/Octavio Duran)

VATICAN CITY (CNS) — Marking the celebration of Earth Day, Pope Francis asked that everyone recognize the earth as God’s gift to protect and cultivate, sharing the world’s natural resources.

May the way people treat the earth “not be guided by greed, manipulation and exploitation, but rather may it preserve the divine harmony between creatures and creation,” he said.

The pope, who is preparing an encyclical letter on the environment, made his remarks at the end of his general audience in St. Peter’s Square April 22 — Earth Day.

“I urge everyone to see the world with the eyes of God the creator: The earth is an environment to safeguard and a garden to cultivate,” he said.

The pope asked that people live in harmony with creation according to a “logic of respect and care, in order to put it at the service of others, including future generations.”