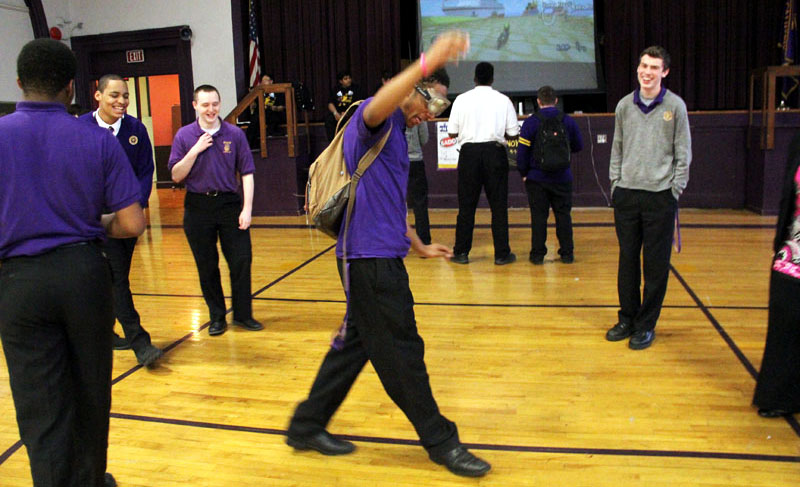 Roman Catholic High School students participated in a summit on safe driving with the National Organization for Youth Safety (NOYS) on Thursday, April 9, during their theology period in the school gym.  The event was organized by Roman’s S.A.D.D. (Students Against Destructive Decisions) chapter.

While wearing goggles that simulated the effects of intoxication, students were challenged to shoot basketballs, walk a straight line and virtually drive in a Mario Kart video game. They also operated a driving simulator while texting to learn those effects.

Echoing the day’s theme of “Lend a Hand,” students received pamphlets with information and wrote what they learned about safe driving on colorful paper hands that were hung in the school for all to see. Organizations including Shalom, State Farm Insurance and AT&T helped prepare the event with the students and NOYS, which aims to save lives, prevent injuries, and promote safe and healthy lifestyles among all youth. (Photos by Sarah Webb) 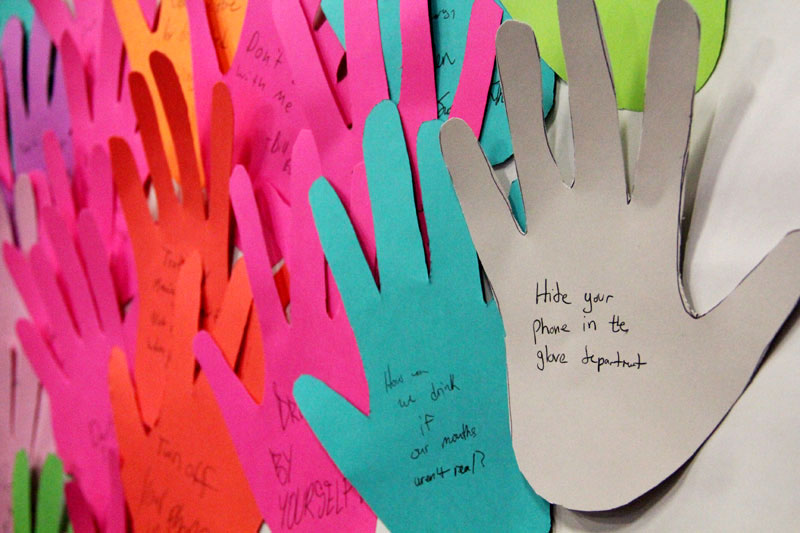 Students wrote the things they learned or pledged to do to not be a distracted driver. 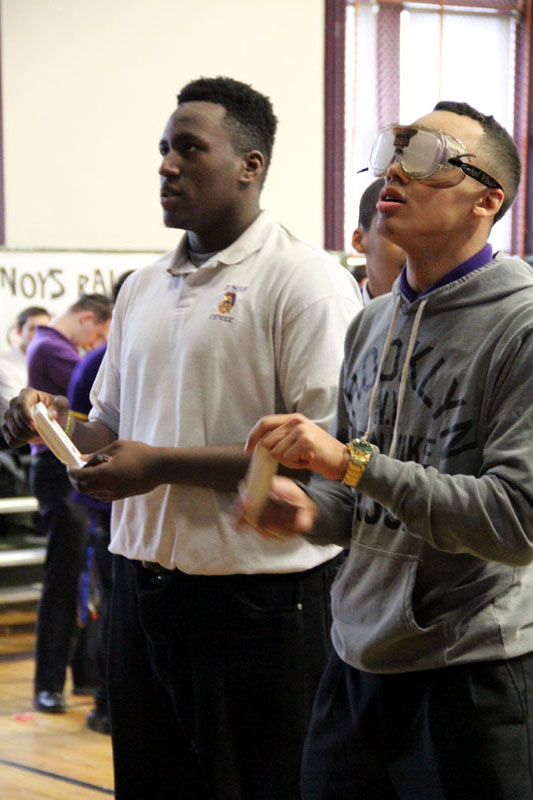 Seniors Manny Taylor (left) plays Gary Thompson in a Mario Kart video game. Manny had the advantage as Gary wore goggles that simulated driving under the influence of alcohol or drugs. 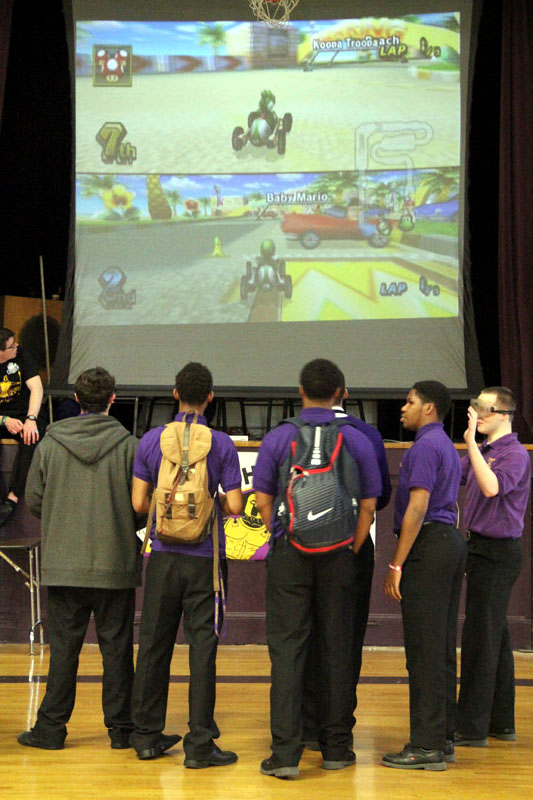 Students compare the game play of those who wore intoxication simulators and those who did not. 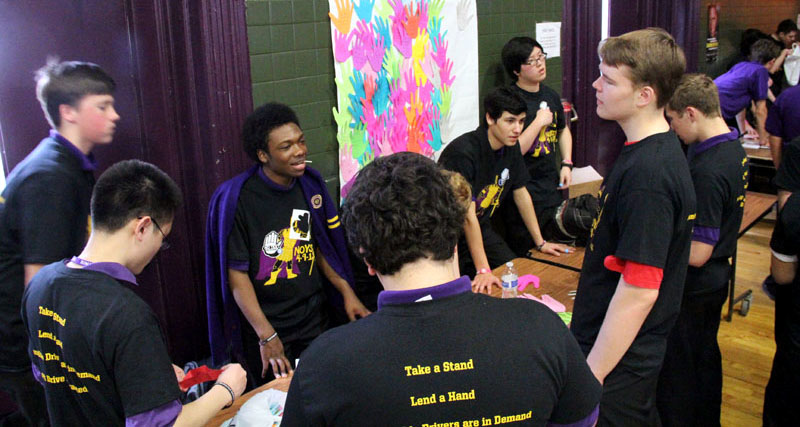 Students write messages on paper hands of what they can do to avoid distracted driving. The hands were displayed on a board. 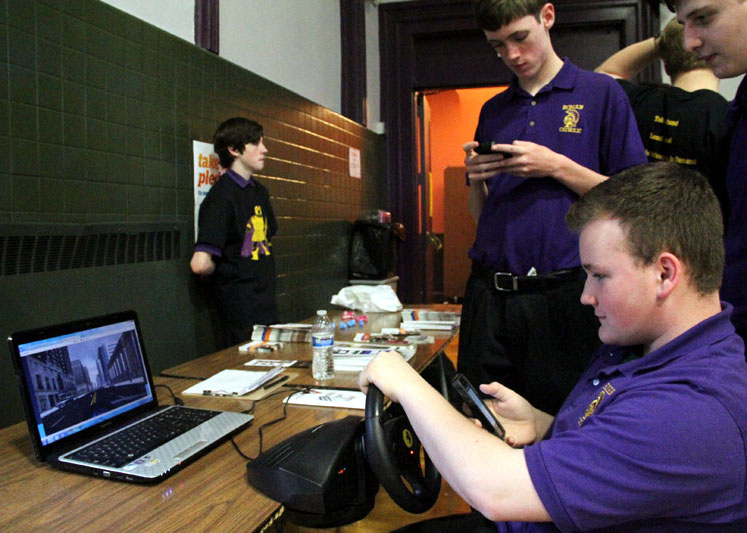 Sophomore Harry White attempts to use a driving simulator while texting with his friend Thomas Howard. 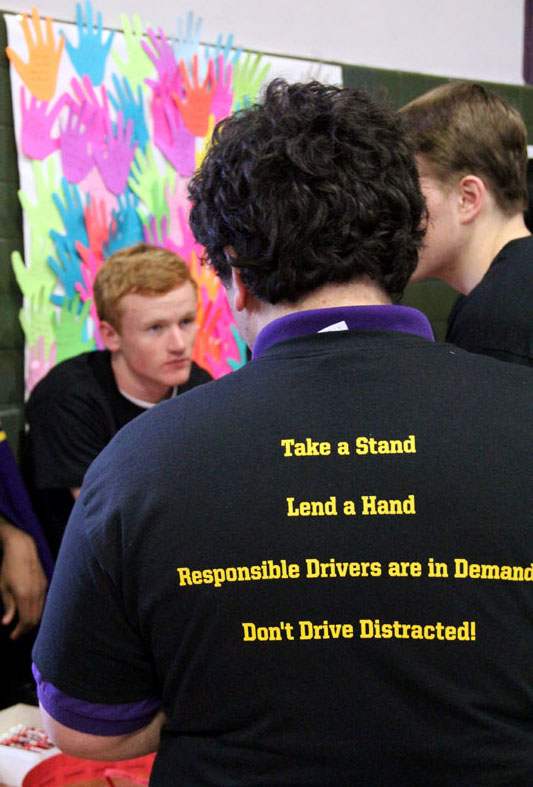 T-shirts for NOYS were given to all SADD members of Roman Catholic and raffled off to other students. 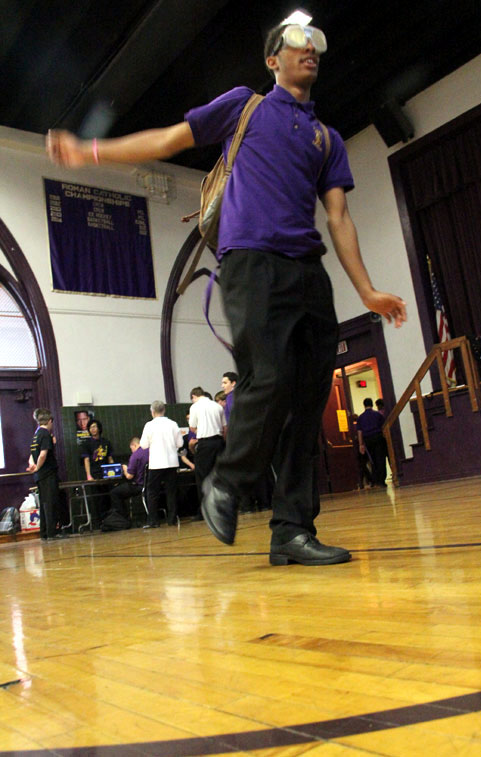 Joshua Baskerville, a Roman junior, tries to walk a straight line with goggles that simulate being intoxicated.

Friends might find it funny, but Joshua Baskerville discovers how hard it is to walk a straight line with an intoxication simulator. 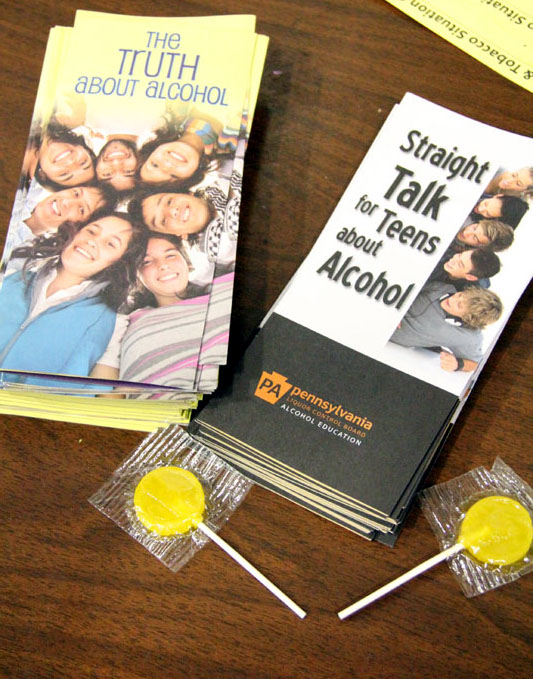 If students correctly answered a question based on information in one of several safety pamphlets, they got a lollipop. 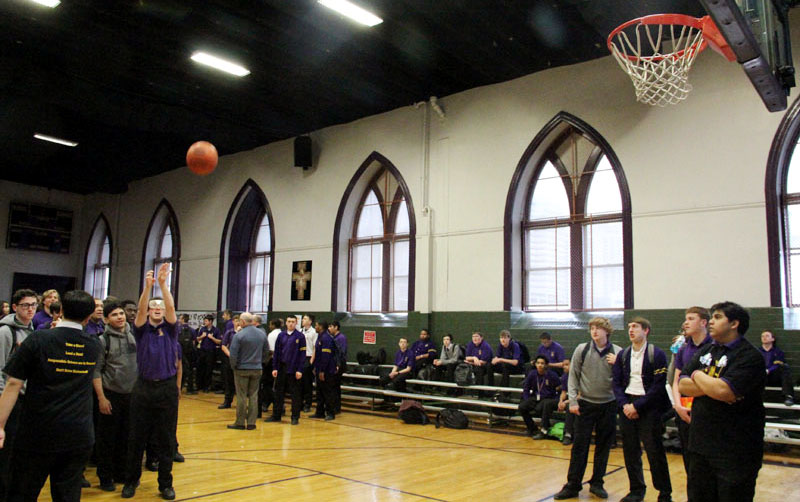 Jarrett Nast (senior) tries to make a basket while wearing goggles that simulate being under the influence. He came nowhere near making his shot. 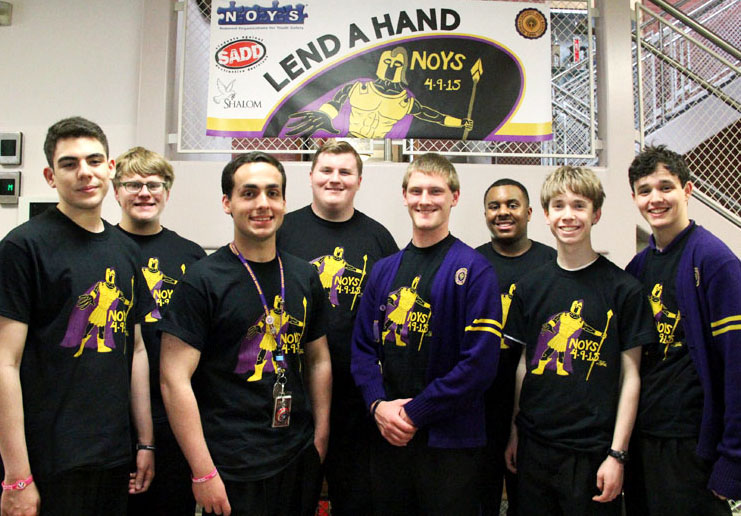 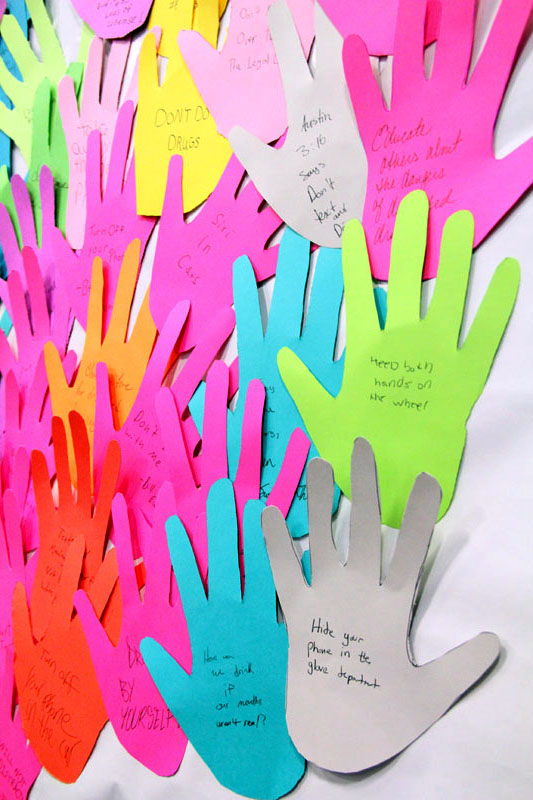