Religious and civic leaders: Maybe si, maybe no on Laudato

Beyond question, the encyclical letter of Pope Francis, “Laudato Si, mi signore, (Praise be to you, my Lord),” released June 18 will be one of the most discussed papal encyclicals issued in modern times.

This is reflected in a quote in the opening paragraph from St. Francis of Assisi, after whom Pope Francis models his papacy: “Praise be to you, my Lord, through our Sister, Mother Earth, who sustains and governs us, and who produces various fruit with colored flowers and herbs.”

Clearly this is an important topic that will be discussed and debated pro and con in coming months, but locally the initial reaction has been favorable. 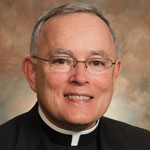 Archbishop Charles Chaput called the encyclical “a deep and complex appeal to conscience, a challenge to all of us to reexamine our stewardship of the environment and our love for the global poor.”

“It argues forcefully for the priority of the common good, the dignity of the marginalized and the beauty of God’s creation as a gift we all need to husband and share.

“As Philadelphians prepare for the World Meeting of Families this fall, Pope Francis reminds us that the family is a school of love and responsibility, the seed of a ‘culture of life’ that includes the dignity of the earth and the needs of all people.”

Sister Mary Scullion, R.S.M., cofounder of Project HOME and a leader in programs that alleviate the suffering of the poor, said, “One of the remarkable aspects of the encyclical is its powerful analysis that links climate change to the suffering of poor communities and an unjust international economic system.

St. Joseph’s University President Father C. Kevin Gillespie, S.J., writes, “The words of wisdom of Pope Francis are quite inspiring and profound. The encyclical promises not only to become a significant theological document, but a social and political one as well. And in so many ways it supports the mission and the liberal arts education of a Jesuit Catholic university such as St. Joseph’s.”

Father Dennis J. Billy, C.S.s.R., who holds the John Cardinal Krol Chair of Moral Theology at St. Charles Borromeo Seminary, believes this really is a document that must be given careful analysis, not snap judgment.

Among other points in his written analysis, he advised taking “some time to digest” the encyclical, in which there is “nothing substantially new in magisterial teaching.”

Father Billy also points out Pope Francis relies on “the writings of his predecessors, especially John XXIII, John Paul II and Benedict XVI,” and quotes significantly from documents published by various Catholic bishops’ conferences in countries around the world.

The Redemptorist priest described the pope’s critiques of “rampant consumerism that is a result of unbridled capitalism” as a root cause of the problem of climate change.

He said the pope “does not call for a ‘quick fix,’ but would like to see us taking solid incremental steps at solving the problem.”

Father Billy pointed out the authoritative nature of a papal encyclical, saying “the pope’s teaching is part of the Church’s social magisterium and deserves of the religious submission of will and intellect (obsequium religiosum) of all Catholics.”

The encyclical letter, Laudato Si, can be read or downloaded here.