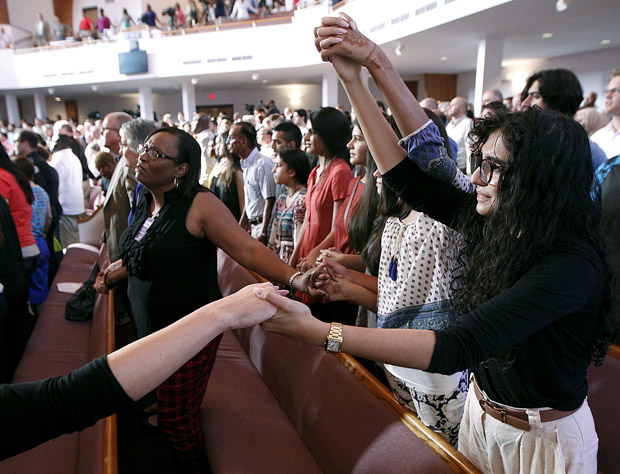 SPRINGFIELD, Mass. (CNS) — Gunnery Sgt. Thomas Sullivan, one of four Marines killed July 16 by a shooter in Chattanooga, Tennessee, was “an overall awesome guy,” said a classmate from the Marine’s 1994 graduating class of Cathedral High School in Springfield.

“He was fun-loving and a joy to be around,” said Tim Hourihan, who lives in Westfield.

He said Sullivan would “sadly missed,” and described himself and his friend as “fellow Irishmen” who ran together on the high school’s track team.

“I remember freshmen or sophomore year, he already knew he wanted to be a Navy SEAL,” said Hourihan. “He was able to live out his dream.”

Sullivan, 40, grew up in Springfield. He was at a Navy-Marine training center in Chattanooga when he and three other Marines were gunned down by Kuwaiti-born Muhammad Youssef Abdulazeez, 24.

Investigators said Abdulazeez, who was raised in the Hixson area of Chattanooga, began his rampage at a military recruitment center at a strip mall near downtown, where he sprayed dozens of bullets. He then drove to a Navy-Marine training center seven miles away, where he got out of his car and opened fire on the Marines.

Police shot and killed Abdulazeez. The FBI was investigating the crime and law enforcement had not ruled out the possibility it was a home-grown terror attack. A representative for the shooter’s family said the young man had suffered from depression since he was a teenager and struggled with drug and alcohol addiction.

Lynn Anne Leone, a history teacher at Cathedral, had Sullivan in class.

“If a student needed help in school, he would be the one that would assist,” Leone told iobserve, the news website of Springfield’s diocesan Catholic Communications. She added Sullivan loved U.S. history, was a skilled debater, and always wanted to serve his country.

“He lived for God and country,” Leone continued. “He always had a smile on his face. It’s devastating. He was overseas. He served his time, but to have it happen here … things like that are not supposed to happen at home but it did. It’s very sad.”

Springfield Bishop Mitchell T. Rozanski asked for prayers for Sullivan and his family in a July 17 statement, joining “the voices of others in our community and church in expressing my sincere and heartfelt condolences to the family” of Sullivan, whose “life was so tragically taken.”

“As a decorated member of our nation’s armed forces, he represented all that is good about our country, upholding our values and a willingness to put the needs of others ahead of self,” the bishop said. “Through his tours of duty, he sought to bring stability to corners of the globe too often visited by senseless violence.

“At the same time, he was a beloved son and brother, loved dearly by his family and fondly remembered by the Cathedral High School community as an upstanding student and alumnus.”

Bishop Rozanski asked the diocesan community to remember Sullivan and his family in their prayers, adding: “Finally, let us all — those of every faith tradition — recommit ourselves to the cause of peace and understanding so that such misguided killings may not keep taking place.”

A Facebook post on Nathan Bill’s Bar & Restaurant on Island Pond Road in Springfield paid tribute to the fallen Marine. Sullivan’s brother, Joe, is a co-owner of Nathan Bill’s:

“Rest in Peace Gunnery SGT. Thomas Sullivan. Anyone who went to Holy Cross School, Cathedral High School or grew up in the East Forest Park knew who Tommy was. He was our hero and he will never be forgotten. Please keep his family & friends in your thoughts & prayers. Thank you Tommy for protecting us.”

“May the road rise to meet you. May the wind be always at your back. May the sun shine warm upon your face. And rains fall soft upon your fields. And until we meet again, may God hold you in the hollow of his hand.”

“The senseless violence that occurred in Tennessee is a terrible tragedy made worse by the fact that the brave individuals whose lives were taken answered the call to serve and protect our nation. Today, our prayers are with the wounded as we wish them a full recovery and our hearts are with the loved ones left behind by the heart breaking loss of four American patriots.”

The governor also ordered U.S. and Massachusetts flags to be flown at half-staff at all state buildings and military installations across the state in honor of those who were killed.

Thomas Sullivan was a member of the India Battery 3rd Battalion 12th Marines.

Information on memorial arrangements for Sullivan was not immediately available.

Roulier writes for iobserve.org, the online news website of Catholic Communications of the Springfield Diocese. 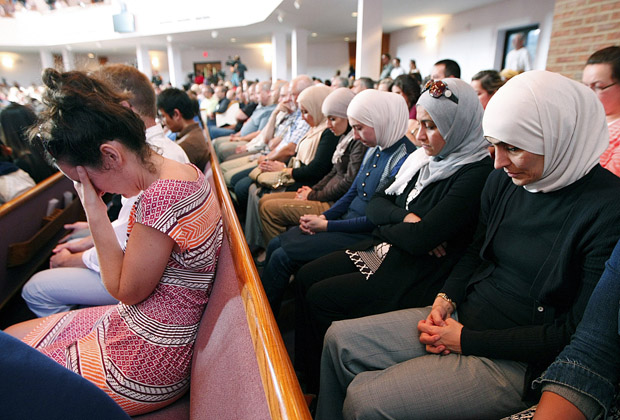 NEXT: Father Barron among 3 auxiliary bishops named for Los Angeles