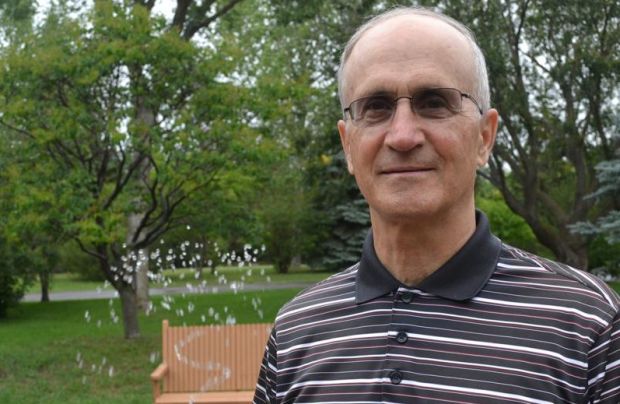 The U.S. priest wanted to look seriously at the second half of his life and its potential.

Instead of a birthday party, Father Ryan — who was directing an ecumenical center for spirituality in Montreal at the time — called for a 50th birthday weekend retreat, inviting family and friends. It was refreshingly countercultural, engaging in topics such as retirement, health limitations and even some “wonderful sharings” about the kind of funeral people would like, he said.

His birthday retreat program, he added, was a hit.

Nearly 20 years later, Father Ryan, now 69, continues to lead the retreats all over North America. The Washington-based author and director of the Paulist Fathers’ Ecumenical and Interfaith Relations led the weeklong Remember to Live retreat at Providence Renewal Centre in Edmonton July 31-Aug. 7.

In this age of obsession with youth, advertisements and nightly news programs often convey a sense that if you eat right, exercise regularly and take the right vitamins and medicines, people will live indefinitely, said Father Ryan. He said never before have so many North Americans reached retirement age with such advanced education, social consciousness and good health.

“So what will we do with it?” he asked. “We have an unprecedented opportunity to keep growing, to learn and to offer our many gifts to our neighborhood, our city or school.”

Passive aging sees the last season of life as “a slow slide toward death and the natural changes of the body are accompanied by a creeping paralysis of the soul,” Father Ryan said.

“But I’m talking about active aging, and active aging works with the effects of aging by adjusting the rhythm and the pace,” he told retreat participants.

For Father Ryan, healthy aging means living life as a celebration. The person who ages actively “moves to simply a gentler form of exercise but stays active.” Or, perhaps they compensate for their hearing loss by getting a good pair of headphones to listen to programs or CDs.

Aging is not a burden or problem to be solved, he said.

Today, the aging process can extend for 30 or more years, and several delicate passages need to be negotiated, he said. For example, it can mean the loss of one’s professional identity. When you are no longer head of your corporation or your office, or principal of the school, who are you?

Other delicate passages might include the departure of your children; the new rhythm of life when all of a sudden your spouse is with you at home or the confrontation of solitude for those who have already lost a spouse; the arrival of grandchildren; or the decline of strength and energy.

“Those are difficult issues for us to face squarely,” said Father Ryan. He pointed to a study that found nearly 70 percent of adult children have not even talked to their parents about issues related to aging.

Facing these realities squarely and accepting their inevitability has a big reward, he said.

“When we truly accept that life as we know it on this lovely blue and green planet is not given in limitless supply, we begin to think more clearly about what is important to us,” he said. “What do I want to do with the time I have, how do I want to use my available resources? We employ the talents which God has gifted us to leave our world better than we found it.”

In 2012, Father Ryan published his book “Remember to Live! Embracing the Second Half of Life.” The book is a compilation of 15 years of collecting people’s experiences, listening to reflections and his own experience with aging.

The book includes exercises that can transform the way people see the potential of the later years of life, he said. Participating in a retreat on aging can have the same effect.

When people open their eyes to life and to its richness in each day’s living, they realize that every day, every minute, every breath, truly is a gift from God, Father Ryan said.

“In short, you remember to live. Each day’s living just becomes so much richer — cultivating gratitude in your heart for the sweetness of life, for the glories of creation, for the gift of the love received from family and friends.

“And when we live out of that gratitude, life becomes very sweet,” he said.

Thandiwe Konguavi is a reporter for Western Catholic Reporter, newspaper of the Archdiocese of Edmonton.

PREVIOUS: Pope: Celebrations, including Mass, are essential for family life

NEXT: Ideals worth sacrificing for: Pope to challenge U.S. Congress, U.N.