Britons crying out for more generous response to migrants 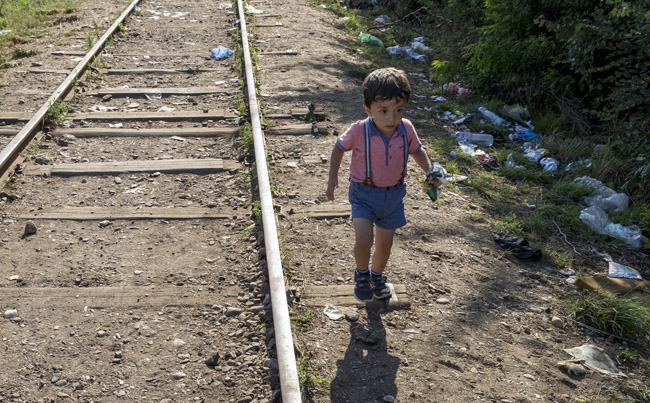 A migrant child, hoping to cross into Hungary, walks along a railway track near the village of Horgos in Serbia, toward the border it shares with Hungary.(CNS photo/Marko DjuricaÇ Reuters) 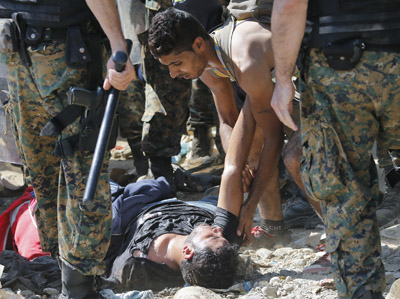 A man helps up an exhausted fellow refugee as they cross the border between Macedonia and Greece, near the town of Gevgelija, Macedonia. (CNS photo/Valdrin Xhemaj, EPA)

LONDON (CNS) — Images of drowned refugees are causing the British people to cry out for a more generous response to the migrant crisis engulfing Europe, said an English cardinal.

Speaking to ITV News Sept. 2, Cardinal Vincent Nichols of Westminster said shocking images of bodies washed up on beaches in the Mediterranean — including one of a drowned Syrian boy lying face down — are revealing “the human face of this suffering.”

The British government has refused to accept migrants fleeing wars and dire poverty in the Middle East and Africa at a time when hundreds of thousands of them are risking their lives to enter Western Europe.

But Cardinal Nichols said images of some of the people who have died trying to reach the European Union are upsetting the British people. He said the British people were not “mean-spirited” and that, on the whole, he believed they were generous.

“The spirit of people in this country will respond,” said Cardinal Nichols, president of the Bishops’ Conference of England and Wales.

“The letters I get and the voices I am hearing are all saying this is a disgrace that we were letting people die and seeing dead bodies on the beaches when, together, Europe is such a wealthy place that we should be able to fashion a short-term response as well as long-term tackling of these really intricate problems,” he said. 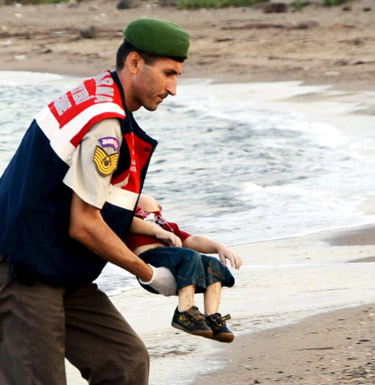 “If we take 10,000, it’s a fraction of the whole problem,” he continued. “What is coming through, screaming through at this moment, is the human tragedy of this moment to which we can be more generous.”

“It’s no longer an abstract problem of people who are on the scrounge, it’s not,” the cardinal added. “It’s people who are desperate for the sake of their families, their elderly, their youngsters, their children — and the more we see that I think the more the opportunity for a political response that’s a bit more generous is growing.” 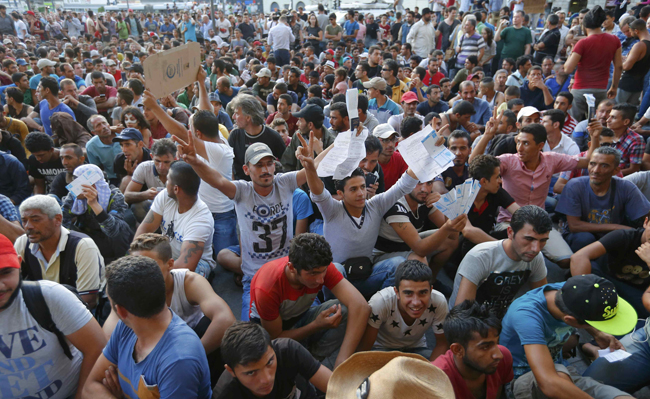