The Bowes family of St. Christopher Parish in Northeast Philadelphia received the biggest surprise of their lives — they are going to welcome Pope Francis to Philadelphia when his plane lands here Sept. 26 to begin a historic two-day visit in the city to cap the World Meeting of Families. The Bowes family learned the news by surprise after the 10:30 a.m. Mass at their church Sunday, Sept. 13. Learn about the family in our story here. (Photos by Sarah Webb) 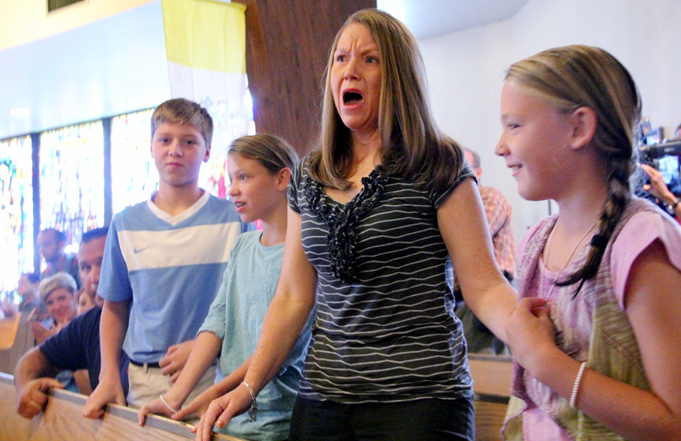 Bernadette Bowes (center) was shocked when it was announced at the end of Mass on Sunday at St. Christopher Church that her family will greet the Pope upon his arrival in Philadelphia. Her children, from left, include Matthew, Riley and Gabrielle. 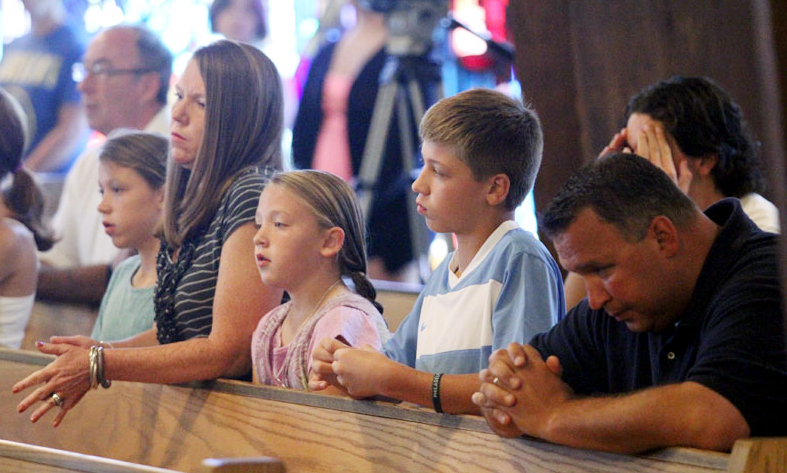 While praying during Mass on Sunday, Richard Bowes (right) was the only one of his family who knew they were about to be surprised with the news they would be greeting Pope Francis in Philadelphia. 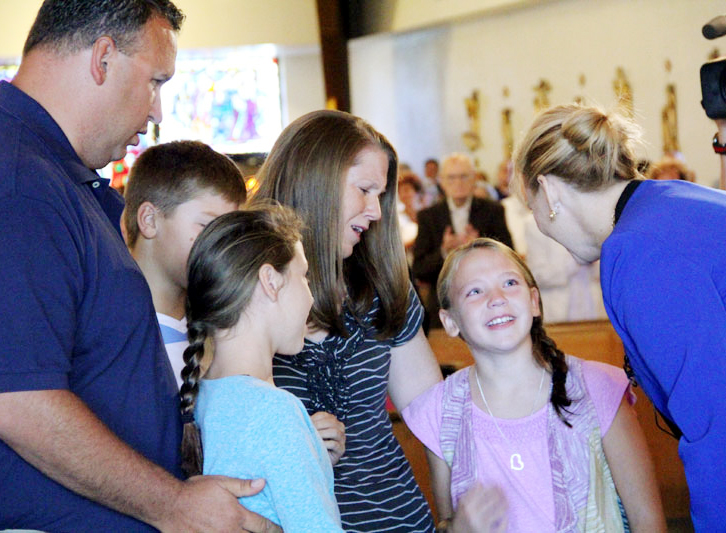 Gabrielle Bowes is excited to speak with Donna Crilley Farrell after she announced the Bowes family will represent the city’s families in greeting the pope. 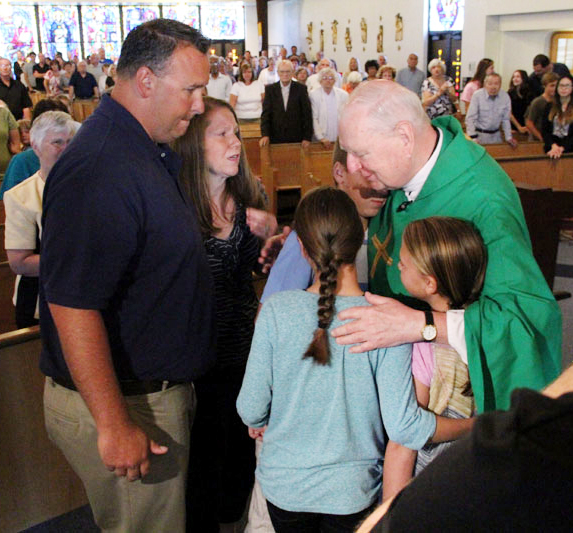 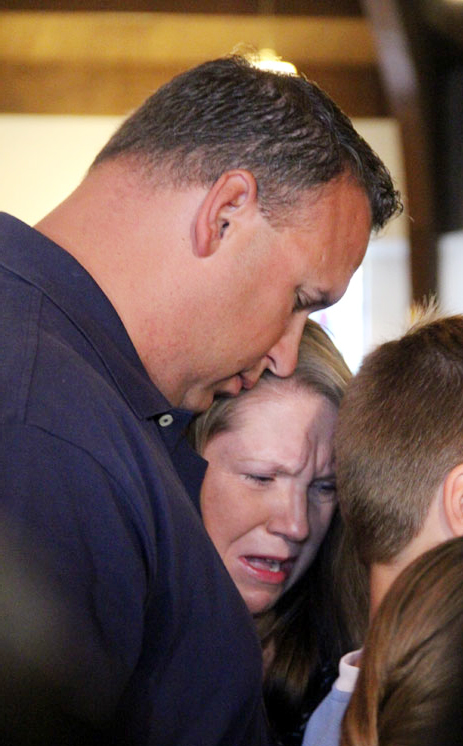 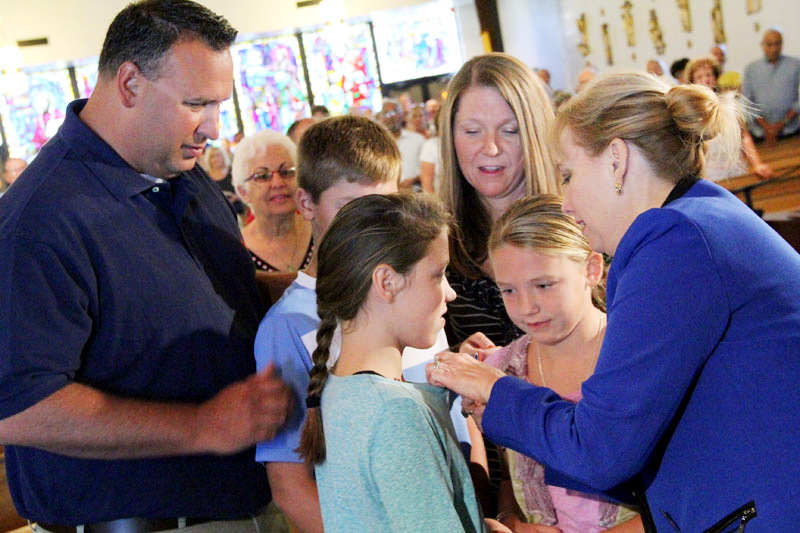 Donna Criley Farrell pins an “I’ll Be There” badge — part of the city-wide promotional campaign welcoming Pope Francis to Philadelphia — on Riley Bowes. 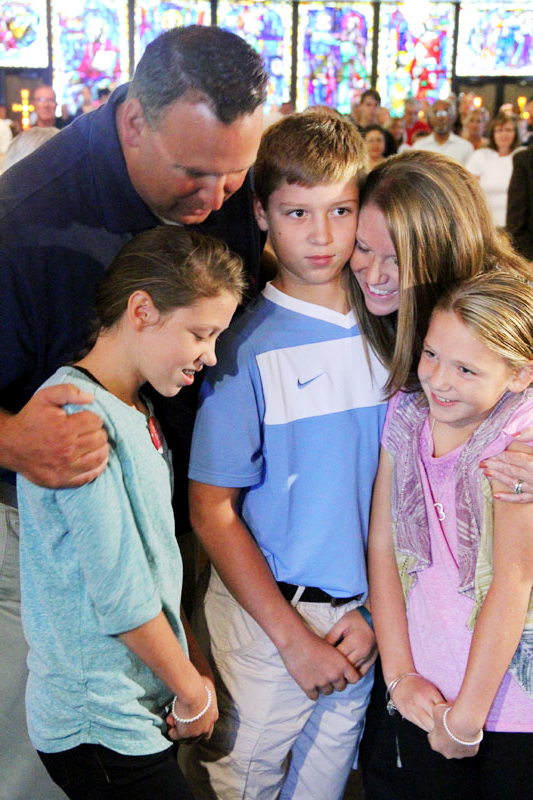 The happiest family in St. Christopher Parish, and maybe anywhere. 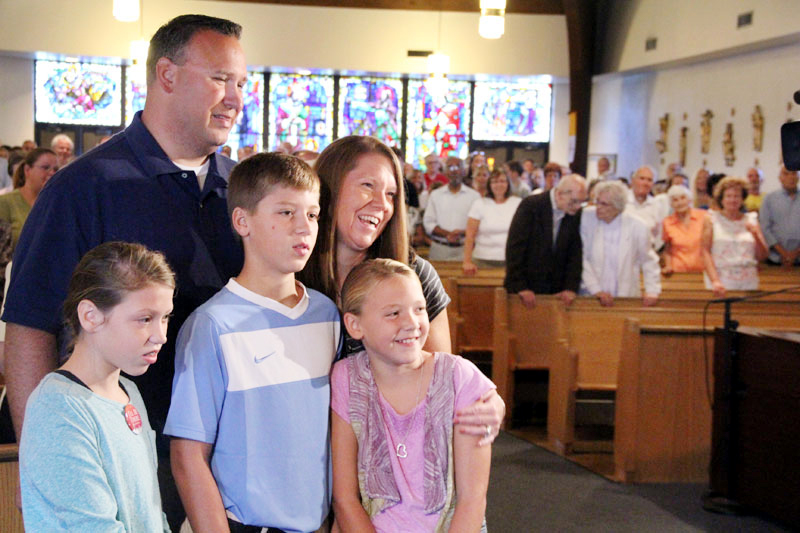 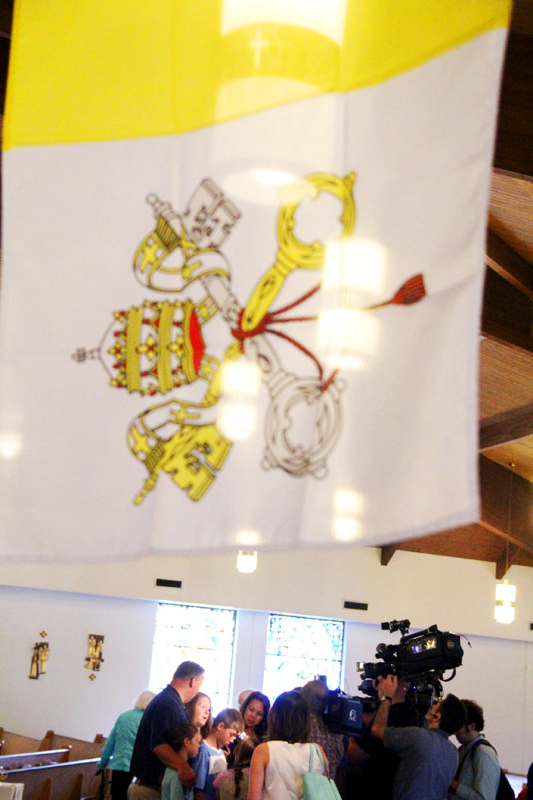 NEXT: Stages for papal events show striking designs and backgrounds