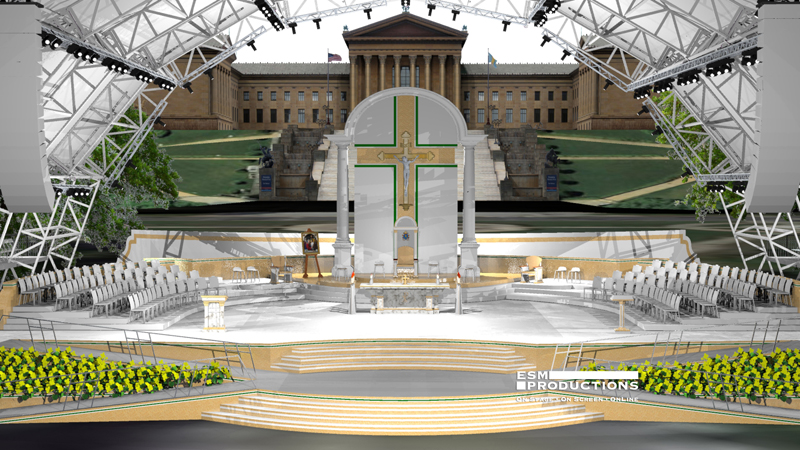 The World Meeting of Families released computer-generated renderings of the stages for events during Pope Francis’ visit to Philadelphia Sept. 26-27. They include the site of the pope’s address at Independence Hall and the Festival of Families on the Benjamin Franklin Parkway Sept. 26, and that stage’s conversion into a sanctuary for Mass the following day. The images below, courtesy of the Philadelphia-based production company ESM Productions, may be clicked to view a larger version. Read more about the Festival of Families’ line up of entertainers joining Pope Francis. 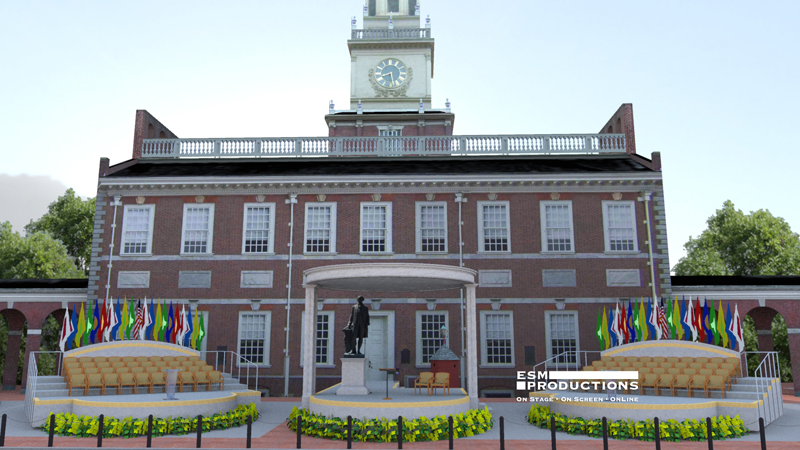 The stage at Independence Hall, where 30,000 people are expected to witness Pope Francis’ Sept. 26 address on the themes of immigration and religious liberty, will accommodate the pope at center with two sections of guests. The crowd will gather on Independence Mall facing the historic building where the Declaration of Independence and the United States Constitution were signed. 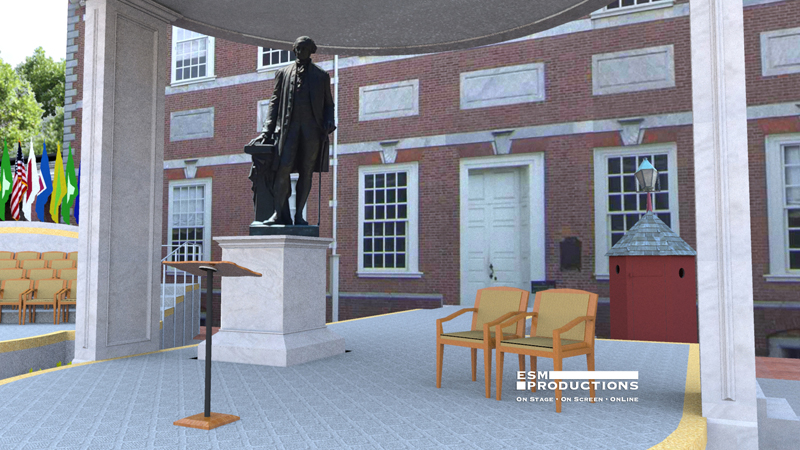 Pope Francis will deliver his address in the shadow of a statue of President George Washington at Independence Hall, and use the lectern (foreground) used by President Abraham Lincoln to deliver the Gettysburg Address. 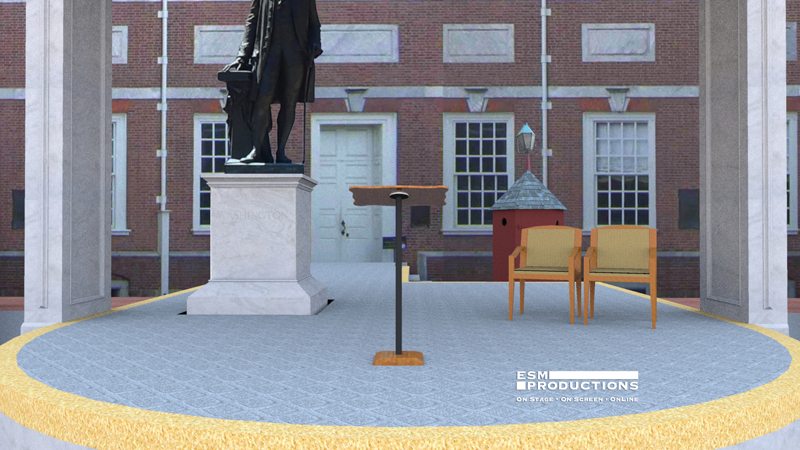 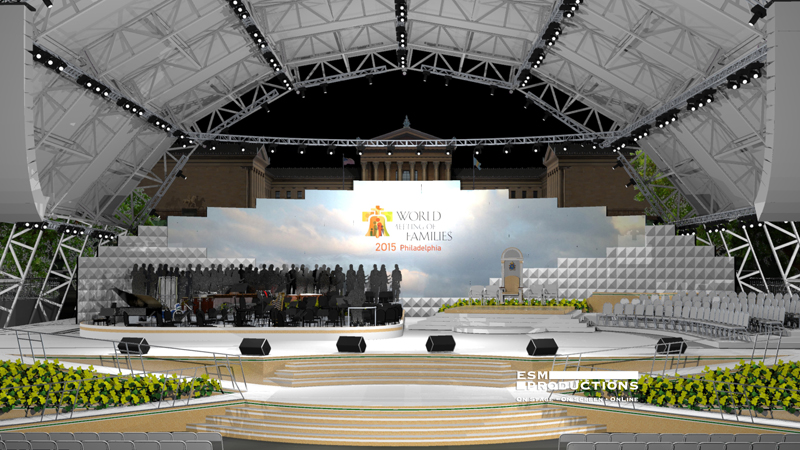 A rendering shows the stage area, with spaces for the Philadelphia Orchestra at left and the chair Pope Francis will use at left, for the Saturday evening Festival of Families. 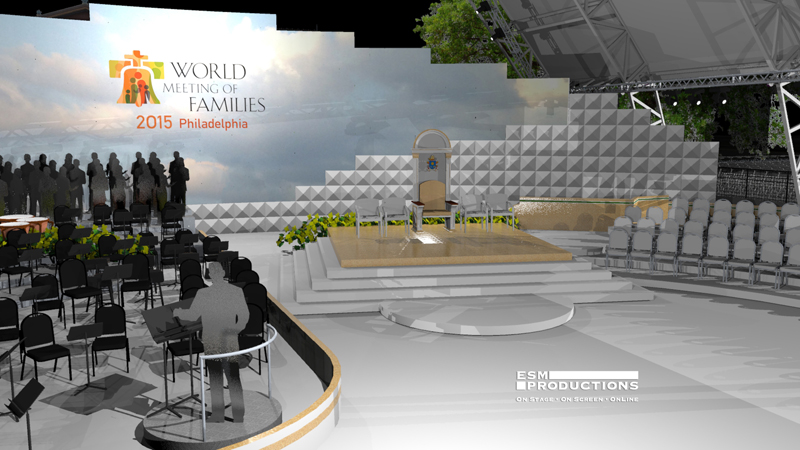 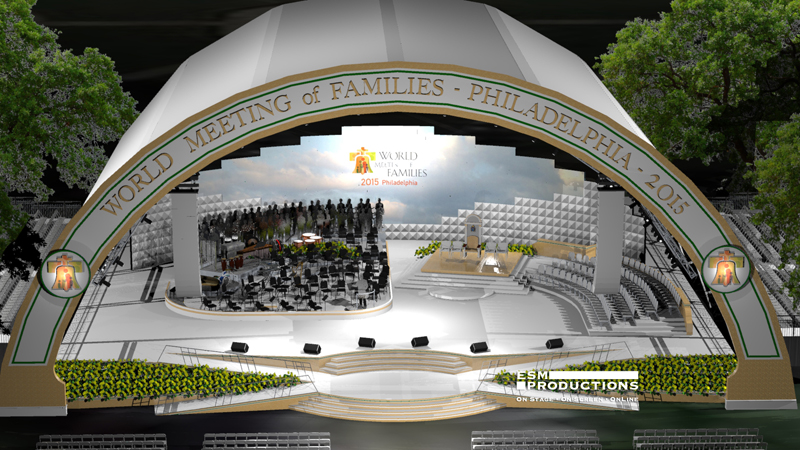 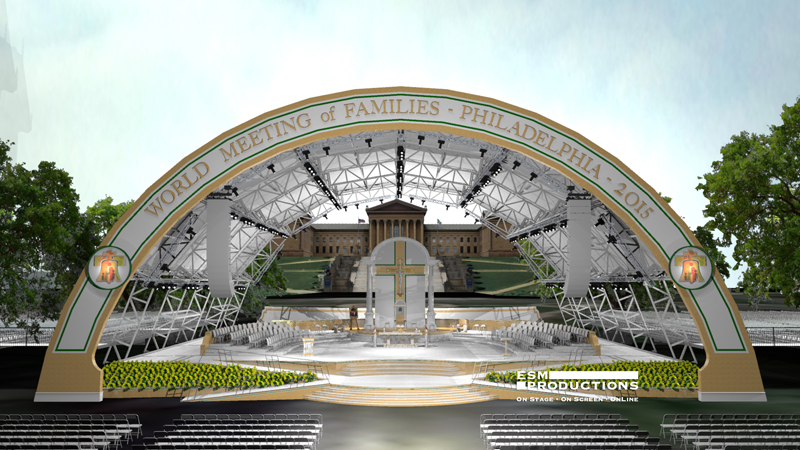 The sanctuary for the papal Mass on Sunday, Sept. 27 will accommodate chairs for concelebrating bishops and priests, an ambo for proclaiming Scripture (left), the altar at center, and behind it, the chair to be used by Pope Francis. 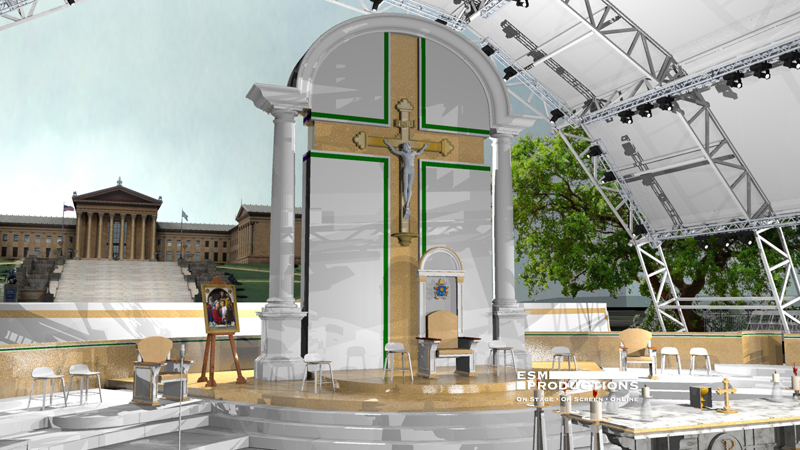 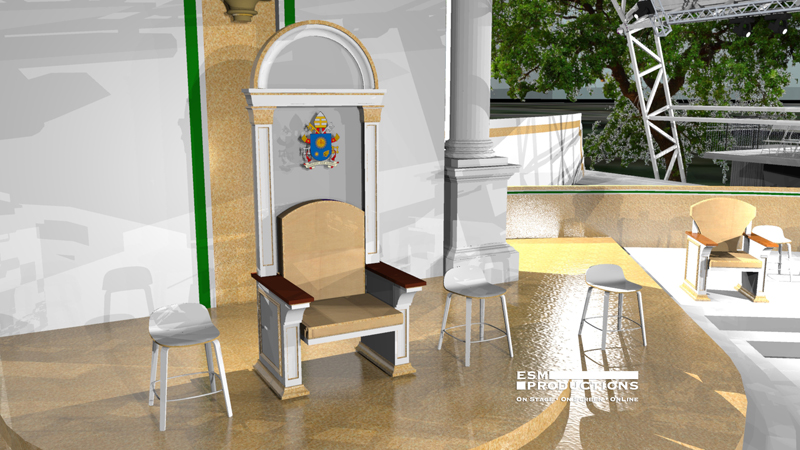