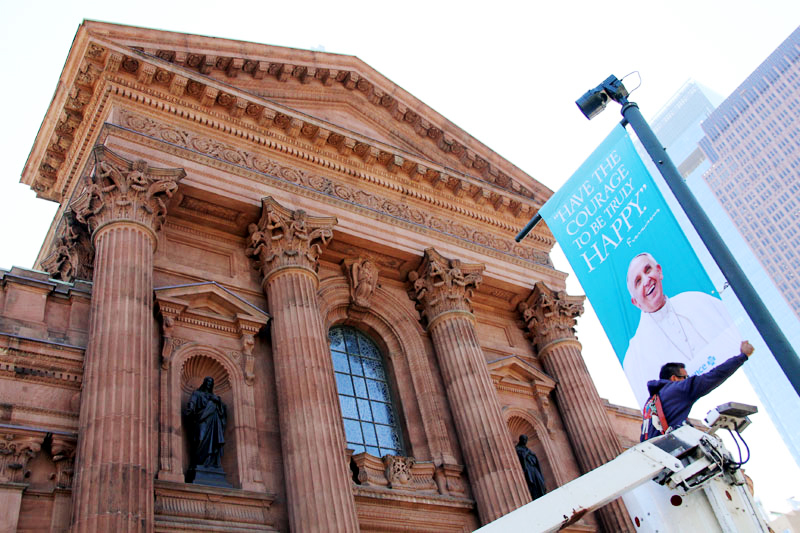 A series of banners touting the visit of Pope Francis to Philadelphia and the World Meeting of Families was presented Monday, Sept. 14 outside the Cathedral Basilica of SS. Peter and Paul. On the same day city workers began installing the banners atop posts on streets around the cathedral.

More than 550 of the banners will be installed along streets throughout center city. Each shows an image of the pope and one of his quotes: “Have the courage to be truly happy;” “We all have the duty to do good” and “Love is the measure of faith.” (Photos by Sarah Webb) 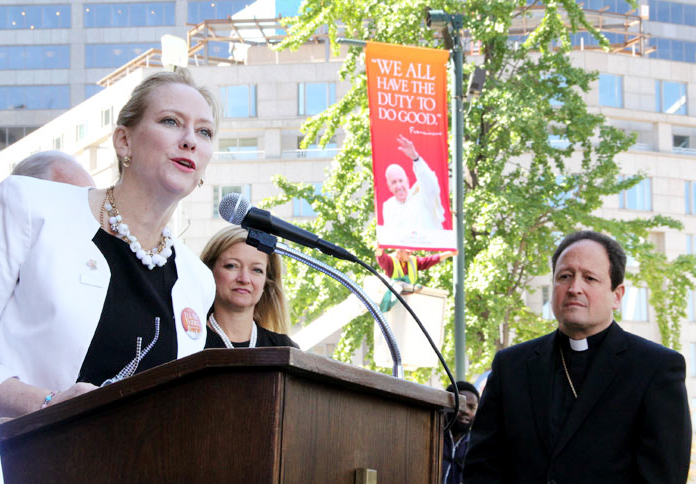 Donna Crilley Farrell of the World Meeting of families, alongside Bishop John J. McIntyre, explains the banners outside the Cathedral Basilica of SS. Peter and Paul.

A variety of six banners will adorn city streets. 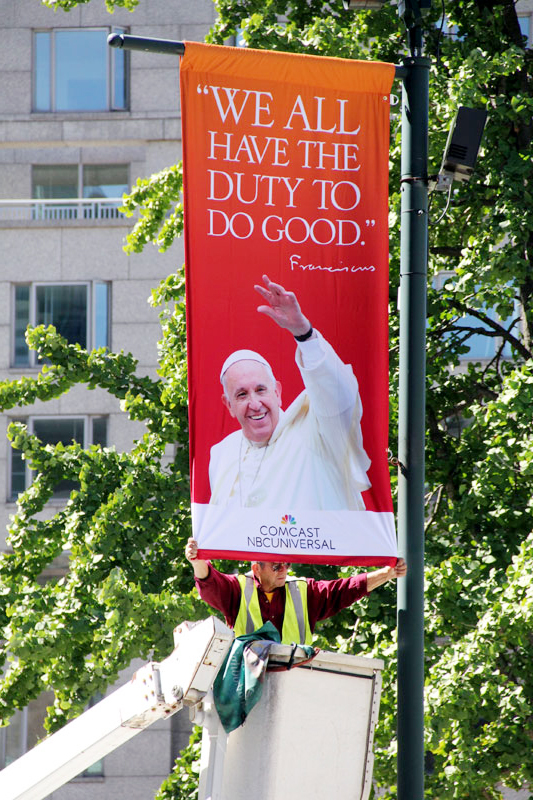 A city worker installs a banner along 18th Street. 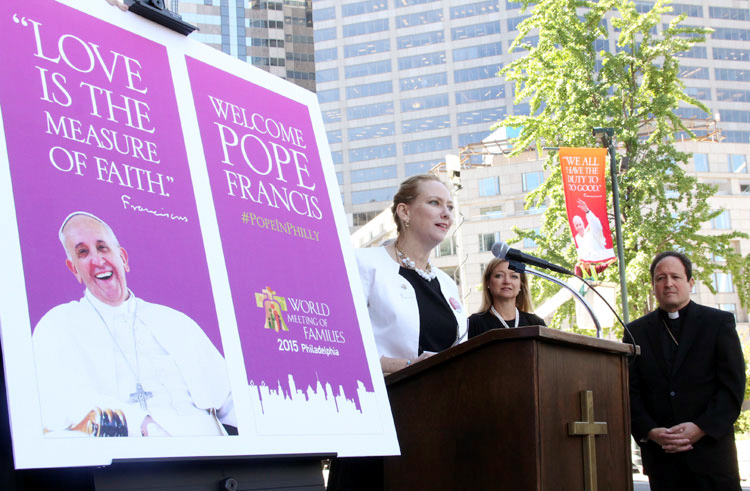 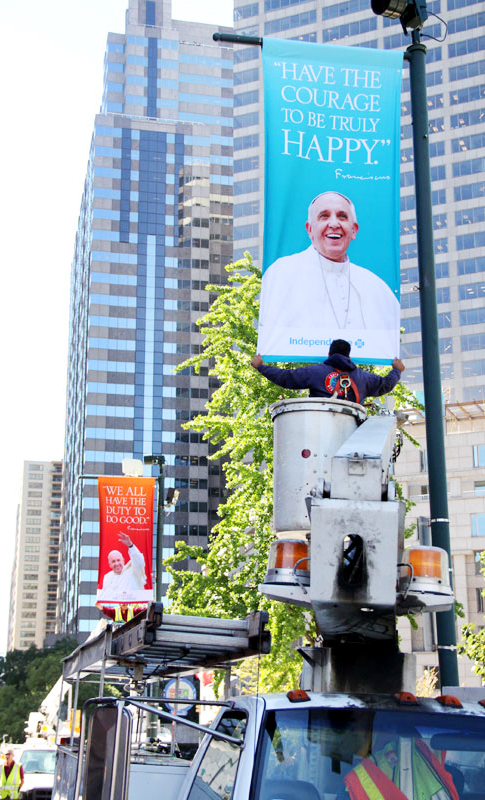 A banner rises in front of the Cathedral Basilica of SS. Peter and Paul in Philadelphia. 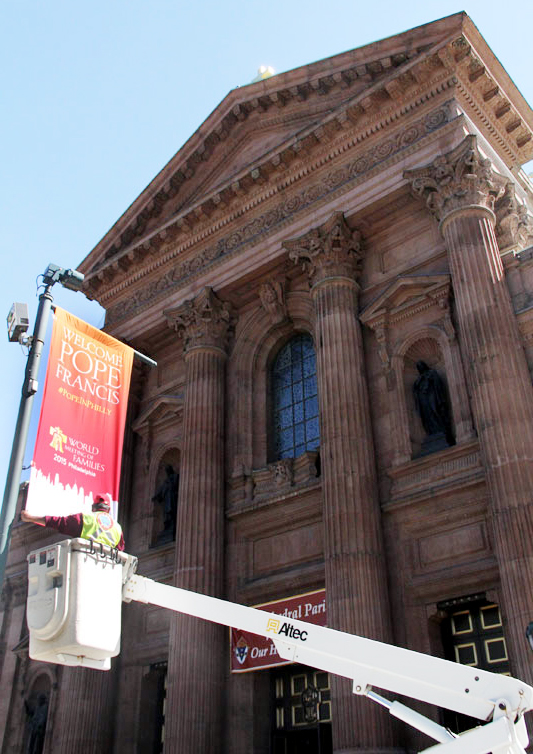 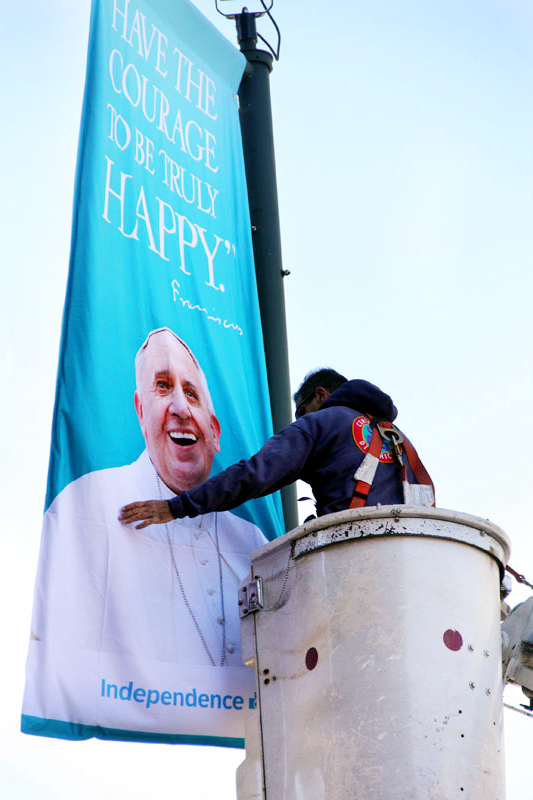 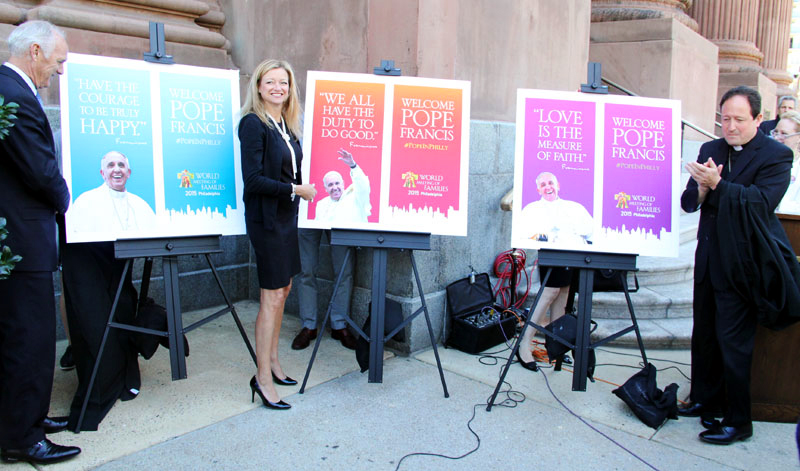