Sentencing reforms working their way through Congress, but slowly 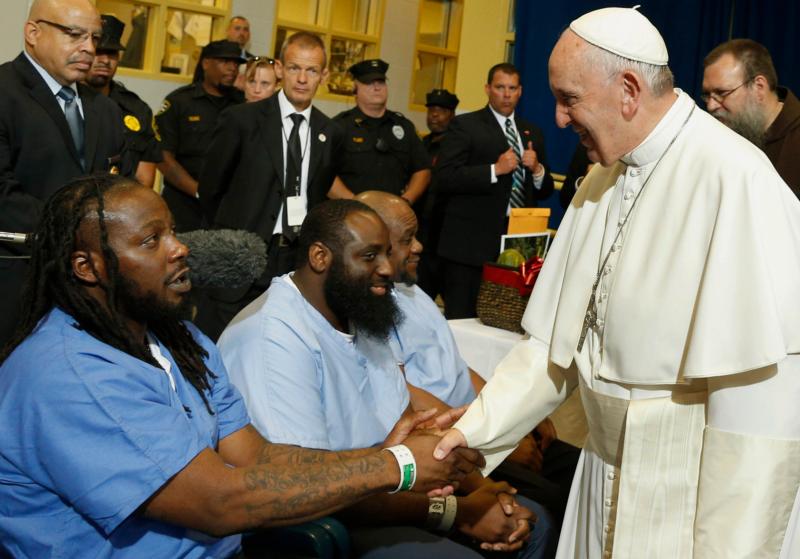 WASHINGTON (CNS) — In the past 20 years under harsh federal sentencing guidelines meant to combat the war on drugs, gripes about the military-industrial complex gave way to concerns about a prison-industrial complex.

Congressionally mandated sentencing guidelines gave judges zero leeway, as mandatory minimum sentences for all kinds of drug offenses, even nonviolent crimes, became the norm. Federal prosecutors typically threw the book at defendants, vowing to try them on charges that could get them life in prison if they didn’t accept a plea bargain that was sure to keep them locked up for decades.

State governments quickly followed suit. No politician ever lost an election for being too tough on crime.

Cities and towns where factories had been closed because jobs moved south or overseas wanted in on a prison construction boom to house all the new inmates, whose number has soared, as of 2013, to roughly 2.25 million in federal and state prisons and other correctional facilities. That reflects a 500 percent increase over the last 30 years, according to U.S. Bureau of Justice Statistics. Another 4.8 million adults are on probation or on parole.

States interested in privatizing governmental functions led to a literal prison industry, with companies moving offenders far from their homes to states where family members found it next to impossible to visit. Then phone companies jacked up the prices of long-distance calls made by and to inmates until the Federal Communications Commission stepped in earlier this decade to bring a halt to the practice.

It turned out that the war on drugs had victims on each side of the drug deal: not only customers whose taking of drugs brought pain, misery and even death to themselves or their loved ones, but also the criminals whose children grew up without them, with the risk of following in their parent’s footsteps, with the lack of daily access to hard-learned parental wisdom.

Today, the war on drugs is seen by many as lost. Some states have even legalized the use of marijuana. Meanwhile, the cost of warehousing all those inmates continues to extract a big chunk out of state and federal government budgets.

The issue of how to ratchet down the severity of sentences without seeming soft on crime is what’s bedeviling lawmakers.

The first step is the Sentencing Reform and Corrections Act of 2015, lauded shortly after its introduction in the Senate by Archbishop Thomas G. Wenski of Miami, chairman of the U.S. bishops’ Committee on Domestic Justice and Human Development. A companion bill, the Safe Justice Act, was introduced in the House.

“The bishops welcome this modest bipartisan effort to reform our criminal justice system,” Archbishop Wenski said in an Oct. 7 statement. “We must try to ensure that sentences are just, while creating humane space in which individuals can restore their lives with the kind of support that reduces the chances that they will return to prison in the future. These reforms are a step in the right direction.”

“Reform to the criminal justice system is long overdue,” said a statement by Dominican Sister Donna Markham, president of Catholic Charities USA. “Catholic social teaching affirms that human dignity is not something we earn by good behavior, but it is something we are endowed with as children of God. Strengthening families and community connections should play a central role in our criminal justice system.”

“Congress has several good reforms to choose from now to make sentences fairer and protect the public more effectively,” said a statement from Molly Gill, counsel for Families Against Mandatory Minimums, a reform group. “There is a way forward here, and we hope Congress will choose the boldest, most comprehensive sentencing reform possible.”

The federal government also is cutting the sentences of more than 6,000 drug offenders to time served before the year is out.

Dale Recinella, a prison chaplain in Florida and author of the memoir “Now I Walk on Death Row,” told Catholic News Service that release could be a dicey proposition.

“For people who came to prison at a relatively young age and are being released as an adult,” he said, there are basic life skills they need to be taught. “There’s a lot of catching up to be done … how to make it in society.”

Recinella added, “There’s a lot of planning that has to be done for the success of these inmates and the local communities that receive them.” He said prisons and nonprofit organizations are doing better now in this realm than they had before.

There’s even a change in the air inside prison walls. “I do have contacts with people whose sentences could be reduced, who basically had drug or alcohol offenses,” Recinella told CNS. “There is optimism that something new is happening and there’s an opportunity for them to successfully re-establish themselves in society. That’s huge.”

It hasn’t happened yet, but with Congress’ moves on sentencing reforms, impossibly long sentences could once again become relegated to badly written novels.