In a world at war, chaplains must help traumatized soldiers, pope says 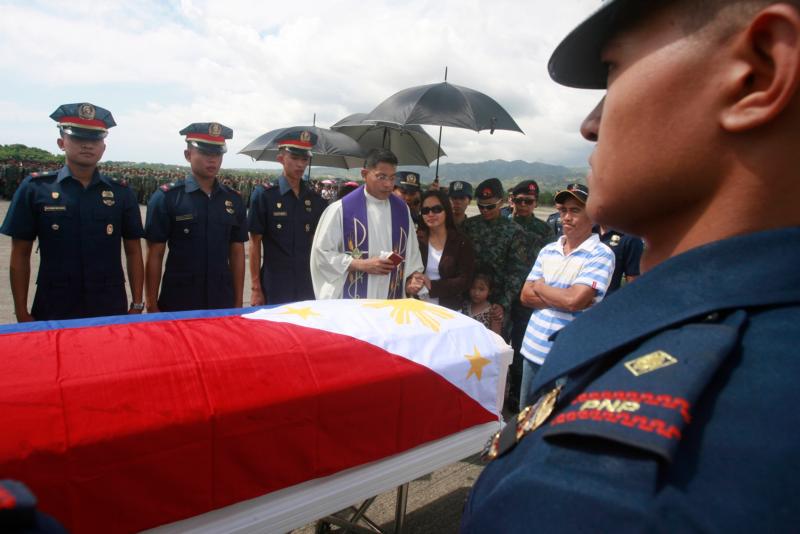 VATICAN CITY (CNS) — As more members of the armed forces endure both physical and emotional scars from conflicts raging around the world, Pope Francis called on military chaplains to tend to their wounds with the healing balm of the sacraments.

“At this time, in which we are living a ‘third world war fought in pieces,’ you are called to nourish the spiritual and ethical dimensions of members of the military and their families, which will help them to face the difficulties and the often lacerating questions inherent in this unique service to their homeland and to humanity,” the pope said Oct. 27.

War disfigures the bond between nations, the pope said, leaving “an indelible mark” in soldiers and anyone who witnesses the atrocities of conflict. Members of the military and their families “require specific pastoral care, a solicitude that will make them feel the maternal closeness of the church.”

“The role of the military chaplain is to accompany and support them in their journey, being for all of them a consoling and fraternal presence,” he said. “You can pour on the wounds of these persons the balm of the word of God, which relieves pain and infuses hope; and you can offer them the grace of the Eucharist and of reconciliation, which nourishes and regenerates the afflicted soul.”

Regarding the conference’s emphasis on humanitarian law, the pope stressed that the law needs to be further developed to address “the new reality of war,” which uses deadlier instruments to “inflict atrocious and useless suffering on combatants and particularly grave damage to the natural and cultural environment.”

Most of all, though, Pope Francis said, Christians are called to work toward ending war and to building bridges that unite rather than walls that separate.

An essential task for chaplains is to pray, the pope said. “Without prayer one cannot do all that humanity, the church and God ask of you at this time. Ask your chaplains, ask yourselves: ‘How much time during the day do I dedicate to prayer?’ The answer will do everyone good.”

PREVIOUS: ‘Nostra Aetate’ at 50: The ‘Magna Carta’ of interreligious dialogue

NEXT: Philippines to host International Eucharistic Congress in January