Language must change in order to build peace, cardinal says 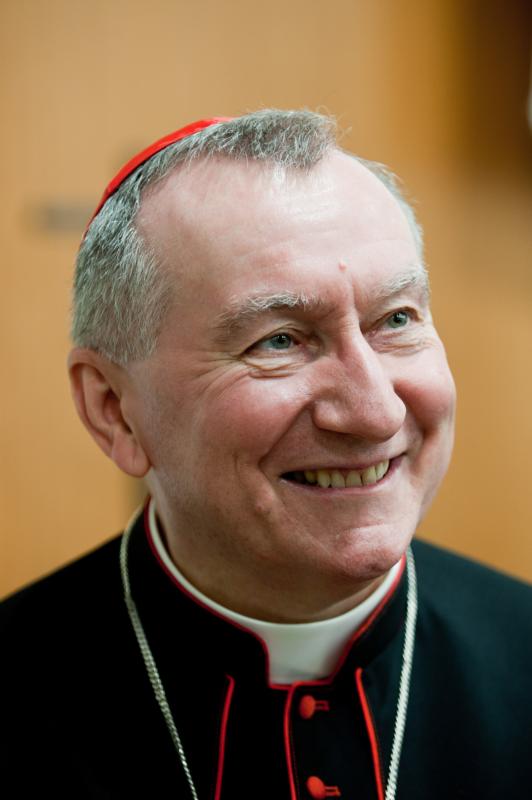 VATICAN CITY (CNS) — Language can unite people and build peace only if it abandons all bias that tends to divide people and lead to conflict, said Cardinal Pietro Parolin, Vatican secretary of state.

“Expressing everything in terms of balance of power — the struggles of groups and classes, friends and enemies — creates fertile ground for social barriers, contempt, even hatred and terrorism and their veiled or open justification,” he told representatives of the world’s religions Oct. 28 at Rome’s Pontifical Gregorian University.

Cardinal Parolin delivered the closing address of a three-day conference commemorating the 50th anniversary of the Second Vatican Council’s document, “Nostra Aetate.” The Oct. 26-28 conference was sponsored by the Pontifical Council for Interreligious Dialogue and the Commission for Religious Relations With the Jews.

The cardinal said that peace is often defined in a negative sense as “the absence of war” rather than in a positive manner that focuses on a person’s individual freedoms.

“We must have the prophetic courage to finally go beyond ‘Si vis pacem, para bellum’ (‘If you want peace, prepare for war’),” he said.

The cardinal echoed Pope Francis’ call for a “language of peace” in politics, which requires investment in an education that promotes “the knowledge and values of respect for human dignity, international cooperation and education of peace.”

Respecting diversity, he added, is also fundamental in creating an environment of mutual respect and freedom to express one’s own ideas and religious convictions.

Highlighting the Catholic Church’s educational commitment in schools and universities around the world, Cardinal Parolin expressed his hope that religious leaders may also encourage a “humanistic education” that respects the “fundamental freedom of the person.”

“If that happens, the dream of a new humanity that can interact in harmony and peace, according to the design of the biblical ‘shalom’ (‘peace’), is no longer a utopia,” the cardinal said.

NEXT: Pope: God doesn’t condemn sinners; he weeps, waits for their conversion