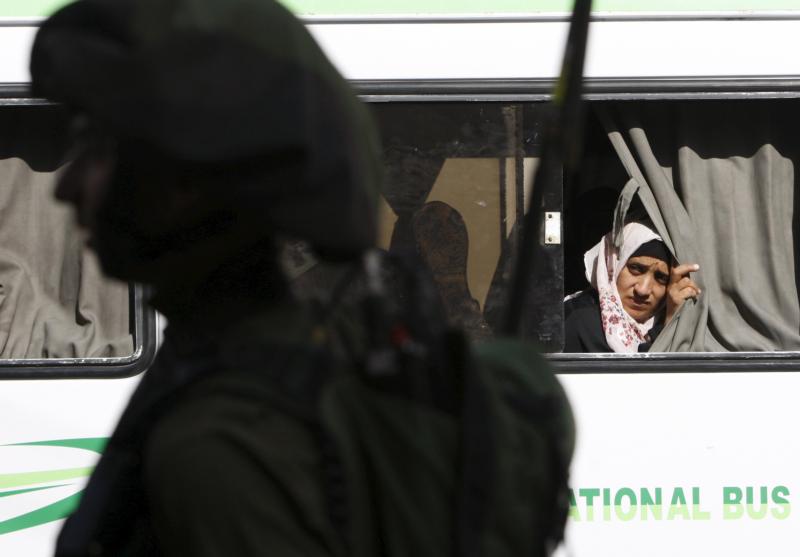 ERUSALEM (CNS) — Unrest flared in early October throughout the West Bank and Jerusalem, which has experienced tensions during September, largely over the status of the contested holy site of the Temple Mount or Haram al-Sharif.

Four Israelis were killed in the Old City of Jerusalem: a couple driving near their West Bank settlement with their four children in the back of their car, and two men, one of whom was on his way to pray at the Western Wall at the end of the Jewish Sabbath; his wife and toddler were injured in the attack. An ultra-Orthodox teenage boy was later stabbed near the same place.

Palestinians said the attacks were reprisals for the killing of a young Palestinian woman by Israeli soldiers at a checkpoint near Hebron, West Bank, as well as the shooting of another Palestinian man on the eve of the Muslim Eid al-Adha holiday, not far from where the couple was murdered. Media reported the 19-year-old Palestinian who carried out the Old City attack had posted on Facebook that Palestinians would not accept Israel’s attack on Al-Aqsa Mosque and declared the start of the third intifada, or Palestinian uprising.

The Israeli Defense Forces carried out raids in the West Bank against suspected terrorists, but the Israeli Haaretz newspaper quoted an IDF source as saying that Israel was reluctant to deal a collective punishment to the Palestinian public. The source counseled restraint in dealing with the situation in order not to set off a third intifada. One Palestinian was killed in rioting in Bethlehem Oct. 5.

Meanwhile, in Bethlehem, West Bank, Palestinian police continued their investigation into a Sept. 26 fire at the Maronite Monastery of St. Charbel and have arrested several suspects in what they said was a work-dispute-related incident. The fire caused extensive damage; the structure was undergoing renovations at the time, and there was no working electricity.

However, Deacon Sobhy Makhoul, Maronite Patriarchate chancellor, initially said the attack was sectarian in nature and called it arson by extremist Muslims in the predominantly Muslim neighborhood. Deacon Makhoul was out of the country in early October and could not be reached for comment.

PREVIOUS: Pope says synod is not parliament, but place to listen to Holy Spirit

NEXT: Time for cautious diplomacy is over, says Ukrainian Catholic leader