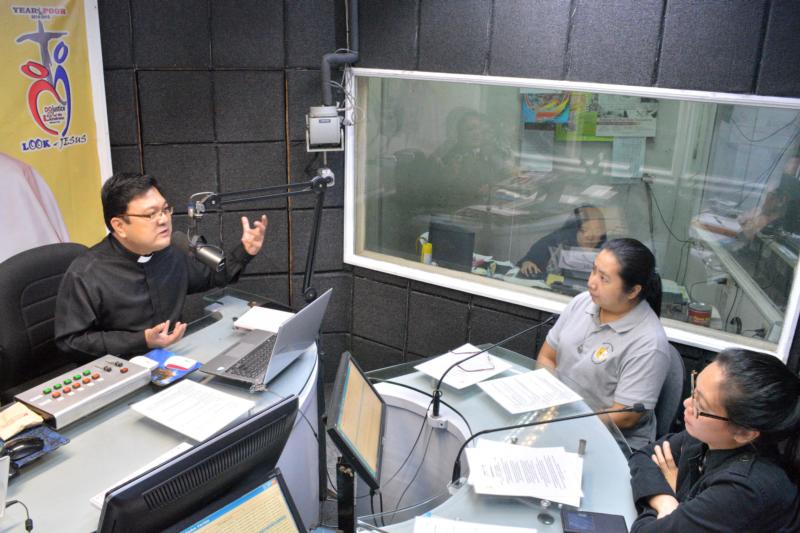 MANILA, Philippines (CNS) — So many people have contacted the Archdiocese of Manila about exorcisms that it has begun recruiting new priests.

“These days we have around 80 to 100 cases at any given time,” Father Jose Francisco “Jocis” Syquia, chief exorcist at the Archdiocese of Manila Office of Exorcism, told Catholic News Service.

The office has seen a three-fold increase in cases of harassment and possession in the past year, so Manila-based exorcists have been laying the groundwork for a training program that would see their workload spread out more evenly across the Philippines.

Father Syquia said cases from across the country keep being referred to their office. He said many dioceses do not have in-house exorcists, which drives the faithful to seek out “healers and occult practitioners.” This only serves to exacerbate the problem, he said, because seeking out the preternatural to receive healing, which he said only God can give, attracts the demonic. By the time the Manila archdiocesan exorcism office sees people, he said, they are in bad shape.

Another reason for the bump in cases is that more and more people are learning about what the office does, thanks to a popular national radio program “Light in the Darkness,” which airs on the Catholic news-talk station, Radio Veritas.

Apart from performing exorcisms, the Manila team of five takes turns hosting the Saturday night text-in show. But its member priests each have their own full-time duties.

Father Syquia, a Rome-trained exorcist with a background in psychology, teaches at Manila’s archdiocesan seminary, goes on exorcism-related speaking engagements and writes books about exorcism. Dominican Father Winston Cabading is secretary-general of the University of Santo Tomas in Manila. He also teaches graduate courses at the university and is only available on Saturdays to perform exorcisms. One monsignor’s full-time job is attending to retired priests in the archdiocese, while two other priests are each pastors at churches in cities that border Manila.

With all their duties plus the bump in cases, the archdiocesan exorcism office appealed to the Catholic Bishops’ Conference of the Philippines early this year to designate at least one priest to perform exorcisms in each of the country’s 86 dioceses.

Father Cabading said the conference fully supported the idea, and the response was mostly positive. About a dozen dioceses signed up right away, but he said it did not necessarily bring an immediate feeling of relief.

Father Cabading told CNS there was also a concern.

“Because if you have more exorcists, then each exorcist would have his own way of doing things,” said Father Cabading said. “And this is the reason why Father Jocis and I and also the AMOE exorcists are of the opinion that we should have a unified way of how we handle things.”

They tried one-on-one training but decided it would be more efficient to gather the prospective exorcists all together at one time and teach a course for one week next July. The more the Manila team developed the plan, the stronger people felt that at least two priests in each diocese should be trained exorcists. That opened up the project to creating an institute and the eventual formation of a Philippine Association of Catholic Exorcists, which would help ensure a uniform practice of driving away demons.

Father Cabading said the Manila exorcists are most concerned about the lay volunteers and others that they said are essential help for a lone priest who performs exorcisms. The Manila team wanted to instill a strong discernment process for vetting the volunteers to determine whether they were, in fact, fit to take part in exorcisms.

The office uses a regular rotation of volunteer doctors, psychologists, lawyers and religious and laypeople who are particularly prayerful who all help either to pray during exorcisms or to help in determining the severity of cases.

Fathers Cabading and Syquia have added their own prayers to those from the Latin rite of exorcism. Father Cabading said their prayers were borne out of trial and error to find the most effective sets of prayers or combinations of prayers or sets of prayerful words spoken a certain way for whichever situation they found themselves in during particularly difficult exorcisms. They said this would also serve as a guide for the new legion of exorcists they would be forming.

Looking back at the evolution of his simple request for more exorcists to help take a load off, Father Syquia said: “I am at peace with it. It is always better to move carefully because the ministry is delicate, and the program is a pioneer project. With this ministry, quality over quantity (is better) because the cases can be quite complex, and proper Christian presence is the priority.

“We also try to follow what God’s will manifests to us. It is God’s work and we do only what we can honestly accomplish,” he said.

PREVIOUS: What does the Philippine church look for in a potential exorcist?

NEXT: ‘Nostra Aetate’ at 50: The ‘Magna Carta’ of interreligious dialogue