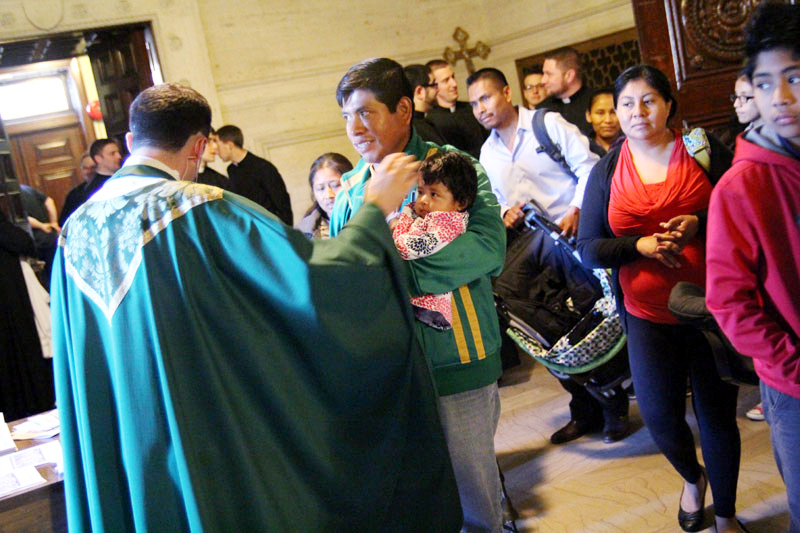 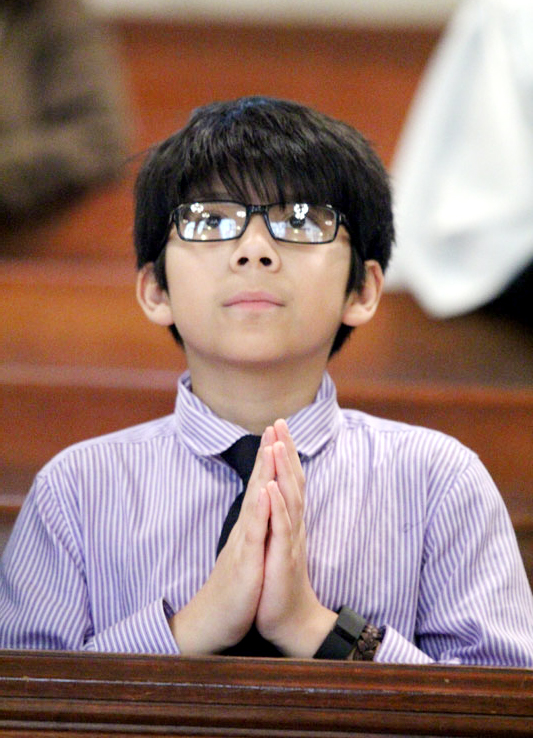 St. Charles Borromeo Seminary welcomed about 150 families on a sunny Sunday afternoon Nov. 8 for the first Hispanic Family Day. Father Thomas Viviano, one of the organizers of the event with the Vocation Office for Diocesan Priesthood, said the day of fun, food and prayer “exceeded expectations” and may become an annual event.

Its purpose, he said, was to “expose families to the seminary and seminarians and to have a good experience” help young men discern a possible vocation to the priesthood.

The day began with Mass celebrated in the seminary’s St. Martin’s Chapel. Later, seminarians squared off against their guests in a friendly game of soccer on fields in the shadow of St. Martin’s. Younger children and other family members enjoyed tossing around Frisbees and playing other games or enjoying the moon bounce. All the families came together for a meal in the seminary’s refectory.

Father Viviano, who serves as parochial vicar at Holy Innocents Parish in Philadelphia, which has a significant Latino population, said he hoped the day would begin to “demystify” the seminary and “highlight the need for Hispanic vocations.” Currently only one seminarian of Hispanic heritage is studying for the priesthood for Philadelphia.

The effort to encourage vocations among young Hispanic men is an uphill climb facing three challenges, Father Viviano admitted. In many Latin American countries, priests are usually religious order missionaries sent to far-flung locations. As a result, many parents fear their son will also be sent far away, rarely to be seen by them again.

Another cultural factor is that children are expected to support the parents and the extended family, and the commitment of a son to the priesthood is a significant family sacrifice.

The third factor Father Viviano noted is the tuition cost for attending the seminary, which families may deem out of their reach.

While the family day at the seminary did not specifically address these concerns – it was more a day of enjoyment than discernment – a more “intentional” program is coming this spring, Father Viviano said.

Young Hispanic men will be invited through their parishes and pastors to attend a “Come and See” weekend of discernment at the seminary in March, including prayer, social activities and time to talk with seminarians.

At the same time Hispanic parents will have an opportunity to learn more about the reality of diocesan priesthood through a program designed for them.

Priests and others working in Hispanic ministry will talk with families and encourage them “to be open to vocations,” Father Viviano said.

NEXT: Archdiocesan finances inching closer to the black