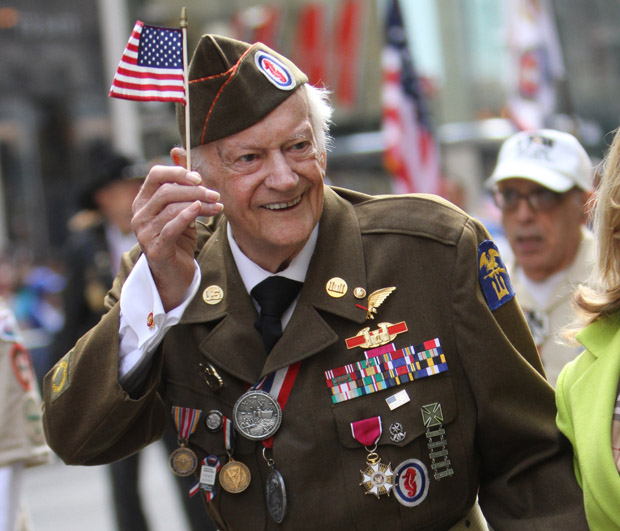 Every year on Nov. 11 Americans celebrate Veterans Day. Originally it was called Armistice Day, and the date commemorates the 11th hour of the 11th day of the 11th month in 1918, when what was optimistically called the War to End all Wars ended on the Western Front. Sadly it was only a prelude to the bigger war just over two decades later.

It’s funny how short the nation’s collective conscience is. Some are old enough to remember World War II. Back then if you were walking down the street and passed a guy between 18 and 35 in civvies with two arms and two legs, your first thought was, “draft dodger.”

That was a war that just about everyone agreed, for the sake of human decency, had to be fought. This was followed by Korea and Vietnam, both with fairly heavy casualties. There have been a number of smaller wars since then including some of questionable merit.

What is not questionable is that the men and women who put their lives on the line during these wars deserve our respect and support.

This year at St. Peter Church in West Brandywine veterans will be honored on Sunday, Nov. 8 during the 10:30 a.m. Mass. The event was coordinated by St. Peter Council, 10351 Knights of Columbus, with local Boy Scouts and other youth groups in various ministries.

“We are sponsoring this all-scout tribute to veterans to see if we can engage young people, to understand what our veterans have done,” said Bill Young, the coordinator of the Veterans Committee of the Knights of Columbus. He estimates there are about 130 veterans in the parish, including 25-40 percent of the members of his council.

The program will include representatives from the Pennsylvania Department of Veteran Affairs who can answer questions concerning such matters as service connected disability benefits, death and burial benefits, vocational rehabilitation programs, pensions, health care and education benefits.

Charles Beebe, the Grand Knight of St. Peter Council, is himself a prime example of veterans who deserve respect. He’s a retired U.S. Marine, wounded in the Vietnam War, for whom military service really changed his life.

“I was a high school dropout in a troubled life and not a scholar,” he recalls. “A Marine Corps recruiter said, ‘Put your past behind you, get a new start and turn over a new leaf.’”

That was good advice since he would probably be drafted anyway. He joined the Marines because it was an elite outfit. He was trained as a helicopter mechanic, and while he only served in Vietnam for six months that was long enough to fly 110 missions as a crew chief mostly manning a machine gun.

“We were on a medivac flight to pick up wounded Marines and ready to land when we got into a firefight and I was hit,” he remembers.

Coming out of the service after four years with sergeant stripes and a few medals, he went to aircraft mechanics school, worked for Petroleum Helicopters in Louisiana, then earned a degree from St. Louis University and continued his career as a helicopter engineer with Sikorsky Helicopters until his recent retirement.

“The Marines turned my life around, I was on a bad path,” he said.

As for the program with St. Peter Parish, “It’s wonderful,” Beebe said. “Every year thousands of what we call the Greatest Generation are dying. The goal is to engage our young people so they understand what the military is all about. I think when you thank a veteran for his or her services it’s very much appreciated.”

PREVIOUS: How to report child abuse in Pa.