Archbishop appeals for more priests to serve as military chaplains 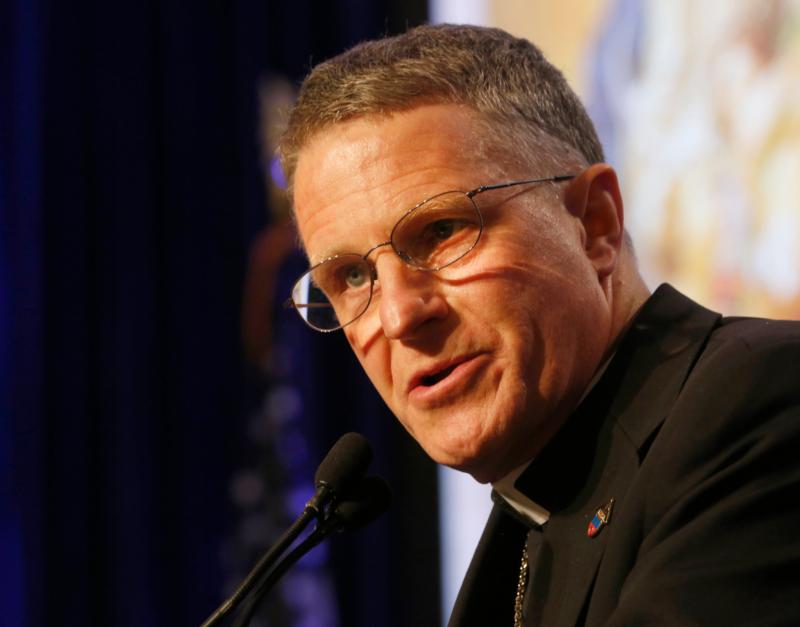 Archbishop Timothy P. Broglio of the U.S. Archdiocese for the Military Services speaks in this Nov. 16 file photo during the opening of the 2015 fall general assembly of the U.S. Conference of Catholic Bishops in Baltimore. (CNS photo/Bob Roller)

BALTIMORE (CNS) — Archbishop Timothy P. Broglio painted a dire picture of “a pastoral problem that affects all of us” in a report to his fellow bishops about the “desperate” shortage of Catholic priests serving as military chaplains.

The head of the U.S. Archdiocese for the Military Services said there were only 217 Catholic priests serving the 1.8 million Catholics in the U.S. armed forces around the world, and the numbers would soon decline because of retirements and medical leaves.

Archbishop Broglio made the appeal Nov. 16 on the first day of the annual fall general assembly of the U.S. Conference of Catholic Bishops in Baltimore.

With such a shortage, Archbishop Broglio warned, chaplains of other faiths “might easily cultivate Catholic young people seeking spiritual counsel.”

Acknowledging that the bishops each faced their own priest shortage, the archbishop said he felt like St. Frances Xavier Cabrini, who “used to take pieces of coal from the poor she served in order to give to those who were less well off.”

“Every diocese, archdiocese and eparchy is understaffed and struggling to meet needs,” he said. “But this dire situation leaves me few other options.”

He encouraged the bishops to talk with their priests about the possibility of becoming a military chaplain and perhaps to even invite a military recruiter to address a gathering of priests. He said some vocations directors or vicars general discourage priests from even asking the bishop about going into the military.

Archbishop Broglio also thanked the bishops for permitting a national collection every three years to benefit the Archdiocese for the Military Services, which receives no government funding.