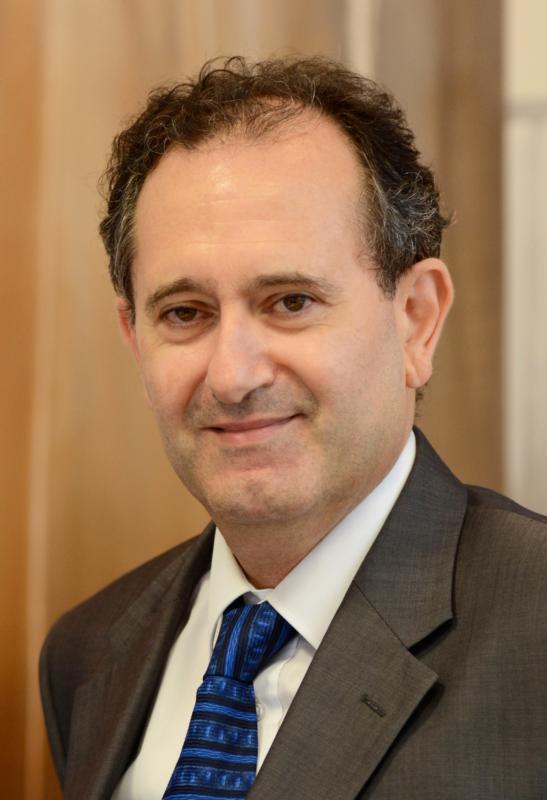 Joseph F. X. Zahra, deputy coordinator of the Vatican’s Council for the Economy, said his group identified dioceses that exercise good financial management, operate in “an open, transparent manner” and have “the right controls in place to avoid misuse of funds.” He is pictured in a 2012 photo. (CNS photo/courtesy Aid to the Church in Need)

RYE, N.Y. (CNS) — The financial reforms established by the Vatican’s new Council for the Economy drew on good management practices of dioceses in the United States and elsewhere and will serve as a model for dioceses throughout the world, according to a Maltese economist tapped by Pope Francis to modernize the church’s obsolete financial structure.

Joseph F. X. Zahra, the council’s deputy coordinator, said his group identified dioceses that exercise good financial management, operate in “an open, transparent manner” and have “the right controls in place to avoid misuse of funds.” He declined to name specific dioceses and also said good management practices were not confined to the United States.

Zahra predicted the new financial “machinery and administration” will position the Curia as a “best practices” benchmark for other dioceses worldwide to follow.

Zahra spoke to Catholic News Service by telephone Nov. 11 from the University of Notre Dame in Indiana where he addressed students, faculty and administrators. His visit there was part of a series of “communications sessions” organized by Centimus Annus Pro Pontifice, a pontifical foundation dedicated to social justice.

Zahra said the programs in New York and Fairfield, Connecticut, at Notre Dame and in Montreal were designed to help people understand the extent of financial reforms underway in the Curia.

The Council for the Economy was one of several financial initiatives announced by Pope Francis in a February 2014 apostolic letter. The measures were recommended by a pontifical commission established to reform administrative and financial practices in the Vatican.

Zahra said the reforms are an instrument to help the pontiff reach the goals of his papacy. “The papacy of Pope Francis is not one that gives much consideration to money, per se. Money, well-utilized in an honest manner,” will help the pope devote more resources to the poor and marginalized, Zahra said.

One of the most visible actions is the institution of an autonomous office of the auditor general, with authority to perform regular internal audits, as well as run special investigations, Zahra said.

There is “very natural” but not “fierce” resistance to the reforms within the Vatican, Zahra said. Pope Francis is championing a drastic change to a management process that formerly relied on outdated policies and procedures, he said.

Resistance takes many forms, Zahra said. For example, “information requested is not submitted within the time requested. People need to understand why it’s important to be timely,” he said. They also need to adjust to new ways to produce budgets based on priorities and plans.

Zahra said effective communication, meetings and training help “mitigate against any forms of holding back” on implementing reforms that are consistent with international financial standards.

Documents leaked from the commission proceedings are the basis of two new books by Italian writers. Zahra said the way in which the information was presented created confusion and does not serve the cause of transparency.

“Transparency does not mean information goes out in a disorderly manner. When you have info leaked to the press in an illegal manner, it’s absolutely not transparent,” Zahra said.

“Transparency has to be done in an orderly manner. You know who the audience is, you go through the right channels and it’s at the right time,” he said. For example, an audited annual report prepared by external accountants at the end of a year would qualify as transparent, he said. The Institute for the Works of Religion, known familiarly as the Vatican bank, released detailed annual reports for 2013 and 2014, Zahra said.

The leaks of information allegedly by two former commission members were an “abuse of trust” and “a blow to the Holy Father, but also for us. We worked with these colleagues 24/7 for 10 months and opened our hearts,” Zahra said. “It’s very sad to have them placed in this situation.”