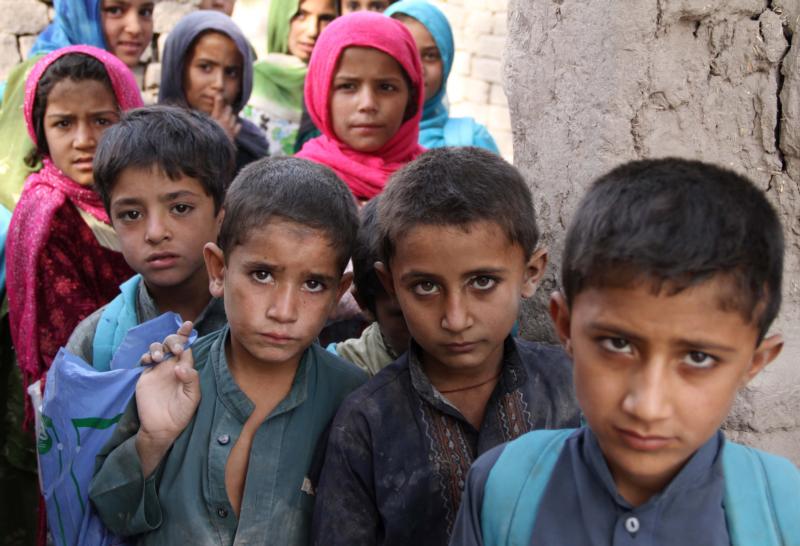 “Offering an education is about much more than dispensing concepts,” the pope said Nov. 14 at an audience with Jesuit Refugee Service. “It is something which provides refugees with the wherewithal to progress beyond survival, to keep alive the flame of hope, to believe in the future and to make plans.”

The pope met with the JRS members who were celebrating the 35th anniversary of their founding by Jesuit Father Pedro Arrupe, superior general of the order from 1965 to 1983.

The plight of refugees during and after the Vietnam War, the pope said, had a profound impact on Father Arrupe’s life, and he saw “it as a challenge which the Jesuits could not ignore if they were to remain faithful to their vocation.”

Father Arrupe wanted Jesuit Refugee Service “to meet both the human and the spiritual needs of refugees, not only their immediate need of food and shelter, but also their need to see their human dignity respected, to be listened to and comforted,” the pope said.

By offering relief and educational services, particularly to refugees from Africa and the Middle East, Pope Francis said, Jesuit Refugee Service helps refugees “keep alive the flame of hope, to believe in the future and to make plans.”

“To give a child a seat at school is the finest gift you can give,” he said. “All your projects have this ultimate aim: to help refugees to grow in self-confidence, to realize their highest inherent potential and to be able to defend their rights as individuals and communities.”

The pope expressed his gratitude to JRS for its goal of helping 100,000 young refugees, especially young girls, receive schooling during the Jubilee Year of Mercy, saying the effort will bring “the Lord’s mercy” to struggling families and children.

Pope Francis called on JRS staff and volunteers to persevere in their work and to contemplate the Holy Family, “who fled to Egypt to escape violence and find refuge among strangers.”

“Remember, too, the words of Jesus: ‘Blessed are the merciful, for they shall obtain mercy.’ Take these words with you always, so that they can bring you encouragement and consolation,” the pope said.