If miracle approved, Blessed Teresa could be canonized Sept. 4 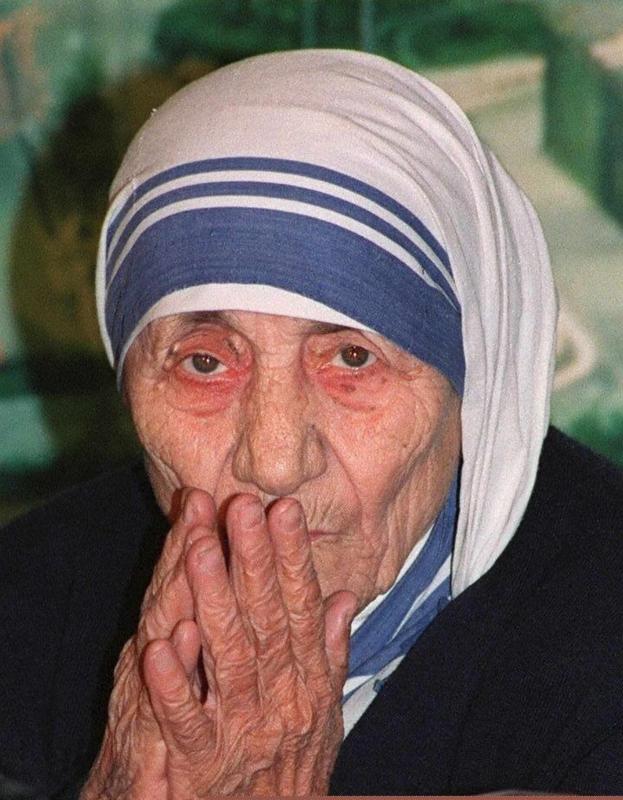 Blessed Teresa of Kolkata, founder of the Missionaries of Charity, is pictured in a 2002 photo. Brazilian Father Elmiran Ferreira Santos, pastor of Our Lady of Aparecida Parish in Sao Paulo, believes prayers to Blessed Teresa for a parishioner with brain tumors led to a possible miracle. (CNS photo/Thomas Cheng, EPA)

VATICAN CITY (CNS) — The Vatican calendar for the Year of Mercy deliberately set aside Sept. 4, 2016, as a possible date for the canonization of Blessed Teresa of Kolkata, if her sainthood cause is concluded by then.

The canonization would be celebrated by Pope Francis in St. Peter’s Square at the end of a three-day pilgrimage of people who, like Blessed Teresa was, are engaged in corporal works of mercy.

The Italian news agency AGI reported Nov. 18 that a panel of physicians convoked by the Congregation for Saints’ Causes agreed there was no medical or natural explanation for the recovery of a Brazilian man suffering from multiple brain tumors. His healing after prayers for the intercession of Blessed Teresa was submitted as the miracle needed for her canonization.

Father Lombardi urged caution, however. “The process is still underway and official communications will be given at the appropriate time.”

Members of the Congregation for Saints’ Causes still must review the physicians’ report on the healing. If the members have no further questions, Pope Francis would be asked to issue a decree recognizing the healing as a miracle worked by God through the intercession of Mother Teresa.

With the decree, the pope would survey the world’s cardinals and set a date for a consistory of cardinals who live in or could come to Rome for the occasion. They would be asked to recommend the pope canonize Blessed Teresa; if the pope agrees, he would set the date for the ceremony.

NEXT: Vatican monitoring situation in Central Africa, but pope plans to visit